You’re Not “Traveling,” You’re Vacationing. Get Over Yourself. 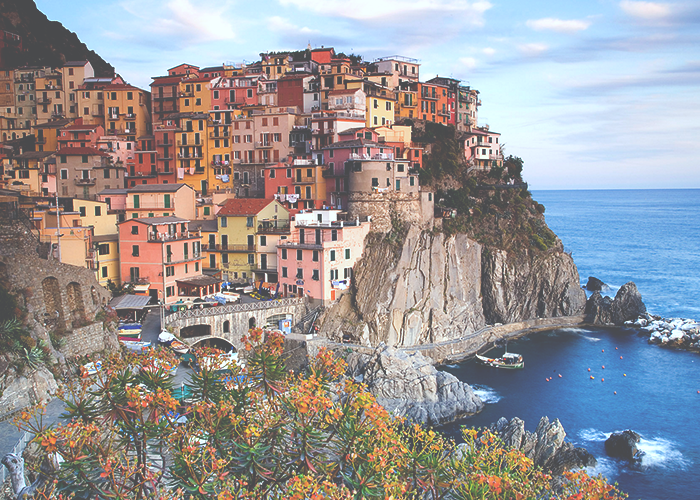 In two weeks, I’ll be in Barcelona. I’m going for a few days with friends on our way to an annual We-Are-Only-All-In-The-Same-Country-And-Room-Once-A-Year retreat. We picked Barcelona to fly into because we usually fly into Paris, but Barcelona is closer to the ultimate destination, and significantly cheaper, both for the ticket and the cost of things once there. Also, who doesn’t want to just spend a couple days in Barcelona enjoying the tapas and sangria and exquisite late-July beach weather?

It’ll be awesome. And in preparation for this trip — and also because it’s something I’ve always felt it was important to do — I’ve been making serious efforts to finally, truly learn Spanish

. Yes, they speak primarily Catalan in Barcelona. Yes, I could just get by with English, which I did when I went there the last time. But I was with a Spanish-speaker that time, and I’ve always felt that any trip is significantly and irreplaceably enhanced by being able to interact with locals on their own terms. Language is to a new country as color is to film: you don’t need it, but the difference in experience is night and day.

But even with my increasingly-passable Spanish, and our choice to stay in a hiply-located AirBnb instead of a touristy hotel, this is just a vacation. Just like the last time I aimlessly wandered around Barcelona drinking wine and marveling at things, I’m going to enjoy myself thoroughly, and then leave exactly as I came. Nothing life-changing is going to happen to me, and I won’t feel a more nuanced understanding of What It Means To Be A Spaniard. I won’t be wiser about my own life, or even have a tangible new skill. The fact that I will now be able to twice-cross off Barcelona from the Where I’ve Been In Life List will mean nothing, just like most of my other trips.

Because the cultural ideas we’ve put around capital-T Travel are almost completely meaningless in 90% of cases. This premium we put on Travel as a thing that wise, thoughtful, curious people do to enrich themselves in mystical and exciting ways is meaningless when you look at most travel for what it is: A vacation. An expensive, fancy, foreign vacation.

And there’s nothing wrong with vacations! You take a trip somewhere, you enjoy the hell out of it, you speak English to people with varying degrees of success and let Yelp lead you to awesome restaurants. You see cool shit, you take pictures of cool shit, you get to tell people about all the cool shit you did. But the experience itself is much more akin to going to a really good museum than it is to a spiritual awakening. Sure, you can really embed yourself in a place and learn the native tongue and experience a huge range of the subcultures that place has to offer — but you probably won’t. You can also experience some profound personal revelations while you’re, say, doing a post-divorce solo journey across Thailand (I don’t know your life). But chances are that none of that is going to happen — you’re probably just going to take a couple Instagrams of yourself eating gelato and then come home again. It’s an awesome way to spend a summer week, no doubt, but certainly not a life-altering experience.

And even if you do feel like a richer, creamier person for having done it, your awakenings have almost certainly been about yourself, not universal truths of the country you’re visiting or the boring, pedestrian neighbors you’re going home to.

Yet that universal truth is exactly what we pitch Travel to be: You’re supposed to go to this exotic place, ????, and then come home a new and improved person. You are supposed to suddenly have lessons to impart and sage inspirational quotes to dispense via social media. As people rack up location after location — Berlin, Tokyo, Athens, Lima — they must be somehow leveling up on this invisible chart of human achievement, right? They’re supposed to be inching ever-closer to Anthony Bourdain status, where the entire cocktail party just listens to them spin hilarious and fascinating yarns about the time they woke up at 3 AM to eat breakfast with the market delivery people. We look at people who have dozens of stamps on their passport and we’re supposed to think, “Wow. Shit. They must know a lot of things.”

But chances are, if they travel like 90% of relatively-wealthy Westerners (and especially Americans), they probably don’t know that much more about Portugal than you do, even if they’ve spent five days in Portugal and you have spent zero. I’ve spent five days in Portugal, and I can say “thank you” and “custard tart,” and tell you about precisely one restaurant that I really, really enjoyed. Yes, I walked around and had a great time and saw lots of beautiful things, but I’m certainly no smarter or more enlightened than I was, and certainly not about the noble Portuguese culture. I just took a vacation, like anyone else can do for approximately $1,200.

That’s the thing: for a couple hundred or thousand bucks, you can have literally any “Travel Experience” you would like to have under your belt. You can be the most ignorant, close-minded, Olive-Garden-In-Italy-Eating tourist, and go to a dozen adorable seaside villages. (And as we all know, there are many, many of those exact people.) But the simple act of spending your discretionary income on international travel is not enough, it seems. We can’t just enjoy the inherent humblebrag of “I got to leave the country X many times this year.” We have to turn it into this quasi-spiritual pissing match where everyone is out to get the most punches on their Global Citizen Frozen Yogurt Card, so they can prove their nomad wisdom and imbue their platitudes about exploration with gravitas. But all that travel actually proves is that you (or your parents) have enough money to do it.

Capital-T Travel is a myth, in many ways, but it’s one that we can’t let die, because if we can’t lord the fact that we’ve been to Prague over other people’s heads, half the fun is gone. If that means we treat all other experiences (or simply the act of not wanting to spend money on travel) as somehow lesser, and treat the act of walking aimlessly through the streets of Buenos Aires as profoundly enriching, so be it. Turning Capital-T Travel into something aspirational and moral, instead of just taking a vacation somewhere because it’s an enjoyable activity, is all about power and status. It’s about making sure that your personal spending choices are Good in an objective sense, and not just fun.

I’m not coming back from Barcelona a changed woman, just like your annoying friend who posted 75 photos of her week in Trinidad isn’t a changed woman. We’re just spending our money on a trip instead of a boat or new furniture or a big chunk of student loans, and doing something fun for a few days. It really doesn’t have to be a bigger deal than that, because it really, actually isn’t.