10 Men & Women On The Spending Habits They Hide From Their S.O. 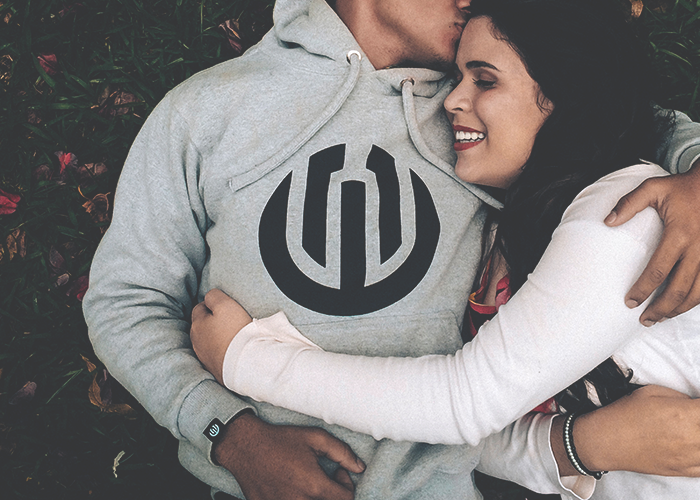 I’ve found that I really dislike salacious money and love stories that are clearly intended to provide the same entertainment value as, say, celebrity gossip sex columns. I feel like money is a topic that deserves more respect and when we grossly exploit people’s worst money behaviors without trying to learn something from them, it doesn’t add anything valuable to the conversation. That to say, I do think it’s interesting to listen to people talk about the financial things they choose to hide from their partner and why. Whether it’s a fact about their salary or bonus that they fear the knowledge of will create a stigma, or a life choice they don’t want someone who disagrees with them to punish them for, we all have our reasons for keeping some things private. I reached out to ten twenty somethings to talk about aspects of their financial life that they choose to keep to themselves. I like to think I’m open and honest with my partner, but in reading the answers below, I thought twice about a few things I may be keeping to myself without even realizing it. I think this roundup can help anyone reevaluate their own life and take a look at their own “financial secrets” with fresh eyes. Read on!

1. “That I pay for a house cleaner. I’m 26-years-old, and I have a cleaning woman who comes three times a month. Most people my age would seriously judge me for having this kind of luxury, but it’s necessary for me. I work an extremely demanding job where I’m working ten hour days every day, and I work on some weekends too. There’s barely enough time to grocery shop, cook, and take care of my laundry. Keeping my place clean (and finding time to deep clean) is not something I can budget time for, so I outsource it. I make a good salary and am not dropping insane amounts of money, but people still get weird about it when I tell them — now, I keep it to myself. I think if my girlfriend knew, she’d assume I was richer than I was, and I don’t want to give off that impression.” — Alex

2. “Christmas shopping. Every holiday season, I spend hundreds of dollars on gifts for my fiance, our friends, family, friends, etc. I can’t help but shop as much as I do even though I know it’s not responsible. But, I save up all year long in preparation for the holiday season. He has no idea how much I charge on my credit card, and I really downplay the amount I spend…I think it was near $1,000 last year.” — Stefani

3. “Hair and makeup products. I’m going to be very honest here and say that I probably drop $250 a month on makeup and hair products. It’s not like I’m even buying that much, but the stuff I do buy is expensive as hell because I need it for my skin. Sometimes, when I add it all up for the grand total for the year — $3,000 — the number is still a bit shocking to me. That’s what happens when your moisturizer costs $50 and your concealer is another $35 a tube. My boyfriend doesn’t pry too much into what I spend on this stuff, but I would for sure lie to him if he ever asked me. I’m not interested in being chided for deciding where my money goes.” — Stacy

4. “That I buy lunch out nearly every day. I live with my girlfriend, so it’s hard to hide the fact that I buy lunch out every day, and I think she kind of knows I do but not how much. There’s this salad place right by my office where I easily drop $15 on a chopped bowl and another $3 for a drink. It’s nearly $20 a day to eat out, but it’s something I’m okay spending money on. It’s one of the few things I actually spend money on, so I don’t feel that guilty about it. However, if my partner knew how much I was dropping, she’d have a fit. She takes her lunch almost every day and is adamant about doing a lot of cooking at home, so I can’t bring myself to tell her my deal.” — Tim

5. “My student loan. I just met my boyfriend about six months ago, and I have yet to tell him that I owe  $25,000 in student loans. I’m nervous about how revealing that information will potentially change his view of me. I’m nervous that he’ll analyze every purchase I make, and judge whether or not I should or shouldn’t be buying something (which is what happened with my last boyfriend). Since I’m nearly 30, I know this conversation is going to be one we need to have sooner or later if we start talking marriage, but it’s something I might keep to myself a little while longer.” — Kimmy

6. “How much our daughter’s dance school costs. My daughter attends an elite dance school, which she’s been attending for the last five years. It’s everything to her, she’s quite good, and I want her to be able to keep doing for as long as she wants. We can afford the tuition, but the cost of the school is starting to get out of control. Between classes, costumes, accessories, equipment, different dance shoes, competition fees, the cost of traveling to dance competitions — it easily ran me $5,000 last year. I think my husband would faint, out of principle that we’re spending that kind of $$$ on a ten year old… I just hide the bills from him.” — Debbie

7. “How much my bonus at work was. So, this is something I’ve struggled with for so long — whether or not I should reveal to my partner just how much my bonus from my job was. I work in finance and it was a lot, like above $25k, and I don’t want that information to be used against me. I feel like if my girlfriend found out, she would expect me to help her pay off some of her debts, and I don’t need that kind of pressure on my life. I know it sounds terrible, but it’s true. I feel comfortable telling her a lower number so there’s less pressure for me to do certain things with it. It’s not like I’m over here spending on vacations, yacht parties, and booze — I swept a majority of it into savings. But, I honestly have no idea if I’ll end up with this girl for the rest of my life, and that’s why I feel like this money isn’t her business in a way…man that makes me sound like a dick, doesn’t it?” — Taylor

8. “I pay $200 a month for my gym membership. This is a timely confession since the Olympics are going on right now. But, after watching the swimming and diving competition a few years back, I decided to join a gym that had a pool where I could swim and do laps for exercise. The membership each month is pricey, and it’s something I have yet to reveal to my boyfriend. He doesn’t seem to care that much to ask me, so it’s something I’m for sure going to keep to myself for as long as a I can. $200 is a shit ton of money to spend on a gym, and I know that. But, it’s my life and my fitness routine and I work hard to afford it.” — Teresa

9. “My $400 high heels. I tell my boyfriend that I ‘need’ to wear certain shoes to work if I hope to be taken seriously at my firm and promoted. But, what I don’t tell him is how much they cost — $376, which is dangerously close to being financially stupid. However, I look at them as an investment. They’re plain black, and I wear them nearly every day. As terrible as it sounds, they make clients and my supervisors take me more seriously. At my firm there is certainly a ‘uniform’ that women wear, and if I want to represent myself in a certain way by wearing them, so be it. I think he’d have a heart attack if he ever found out how much one pair costs, but luckily he’s never asked.” — Emily

10. “My parents have a trust fund for me. The phrase ‘trust fund’ is an incredibly loaded one, and it brings to mind images of spoiled snobby individuals who are inherently ‘lazy’ because they don’t have to work hard and hustle like the rest of us. But that’s not the case at all. My parents set aside money for me all my life, and since I’m an only child, it’s grown into a pretty sizable number. However, it’s not nearly enough to be like ‘well, I never have to work again!!!! I just don’t feel comfortable sharing this with my boyfriend. I don’t want him to think of me any differently if he found out, especially because he grew up very poor and his parents never had any money. It’s something I’ll share with him if we get engaged, but until then, it’s something I actively hide from him.” — Leighton