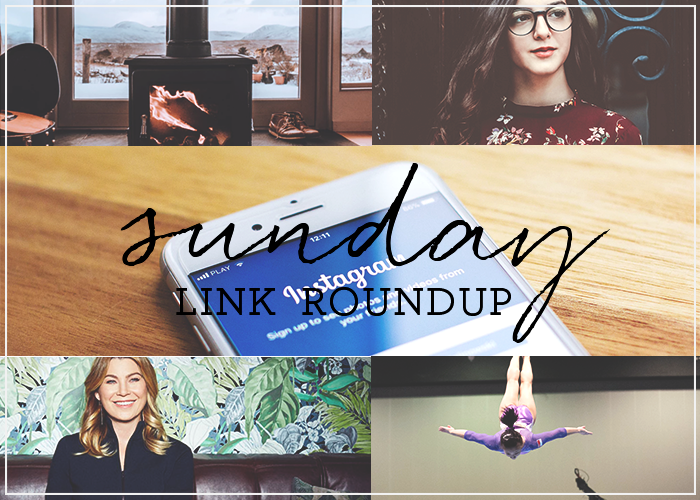 1. I don’t think movie/television stars’ salaries are a super important feminist issue of our time (nor do I think anyone needs to be making $20 million, jfc), but Ellen Pompeo’s explanation of how she landed her recent, historic deal with ABC was a good read — I really loved her candor and self-awareness.

2. I’m not going to lie, I’m intrigued to find out where Amazon decides to put its second headquarters (especially if it’s in my hometown of Atlanta) — see the list of finalist cities here.

3. If you didn’t read the babe.net story about Aziz Ansari last week and the ensuing backlash against it, do so. (FWIW, I agree with some of the backlash against the publication — not the victim.) And if you want a lesson in how not to write a professional email, read about the writer’s response to a proposal to appear on HLN. Yikes.

4. Many women powerfully came forward to address Larry Nassar in court. I am so grateful that they were brave enough to do so.

5. This Mel Magazine article explaining “mosting” as an advanced, unnecessary version of “ghosting” is TOO REAL.

6. I love looking at interior design blogs when I’m relaxing, and I especially loved this one about what to do with non-functioning fireplaces this week (which also includes an important history lesson)!

7. “At 62 years old, Coylyn Pipkin is still a teenager. Women who’ve left the Fundamentalist Church of Jesus Christ of Latter-day Saints, or FLDS, often think of themselves in this way. They joke that their development, especially when it comes to emotional intelligence, stopped when they were young. When they leave the FLDS, they go through the same phases that every kid does: teenage rebellion, twenties exploration, thirties confidence. Coylyn left the FLDS in 2015, and has only recently started wearing her long gray hair without the elaborate front wave — a mix of ‘90s bangs and something vaguely 19th century — taught to all women in the church as children.” This is just the start of this article from Buzzfeed. Oh man.

8. This piece on the history of waiting in line was super fascinating. (And maybe reminds me of a certain Rory Gilmore storyline that went nowhere…)

10. ICYMI: I am loving Chelsea’s “What 30 Really Looks Like” series — be sure to check out this week’s edition if you haven’t!