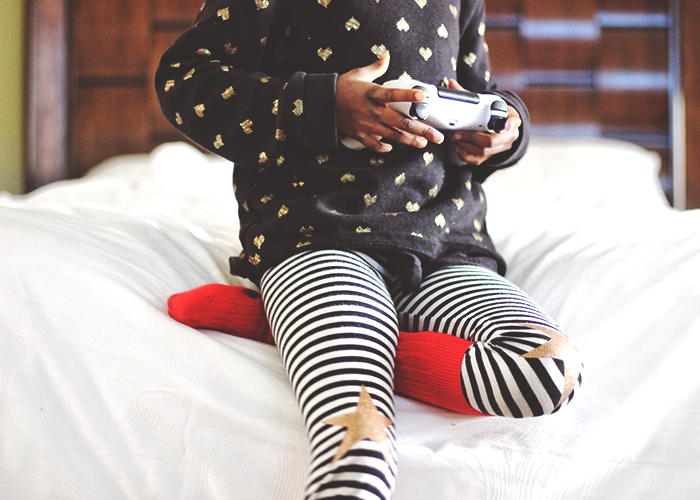 If you’re unfamiliar with the au pair concept, it’s a “cultural exchange” which pays around $2 an hour to look after kids. On the face of it, becoming an au pair may not sound like a financially-wise decision. However, my experience taught me that there are actually many surprising economic benefits of taking on this role.

Most au pairs live with a “host family” who cover the costs of everything from your housing and food to your transport, mobile phone, and language lessons. So far so good. In some cases, your host family may even pay for your own studio apartment. (This is pretty normal in Paris.)

I’ve been an au pair twice now. The first time was after leaving school. I lived in a “chambre de bonne” (or tiny studio) in Paris. The second time was a couple of years later after studying in London. Student living in London left me completely broke and eager for a new place and cultural experience. I decided to move to the much cheaper, exciting and international city of Berlin as an au pair.

After two weeks of searching the website Au Pair World, I was on a paid-for flight to Germany.

Although I was only earning €270 ($314.19) a month and had no savings in the bank, I wasn’t overly worried. I knew I could buy a flight back to my parent’s house where I could have licked my wounds if everything fell apart. I also didn’t have to pay for a visa, which is a huge benefit of being an EU citizen (pre-Brexit…)

Before I move onto the financial benefits of being an au pair, it’s worth considering whether you like children. If not, the whole au pair experience might not be for you.

I owe a lot to au pairing and feel that it gets a bad rap. But here are my top reasons for becoming an au pair in your twenties.

1. Everything is Paid For

In those two years as an au pair, I learned some invaluable lessons about how nice it is not having to pay for, or even think about, any bills. Aside from sponging off your parents for the rest of your life, how else can you live in a city and never pay for housing, food, insurance, gas, transport, language lessons, or your phone?

2. You get a small weekly allowance

As your necessities are covered, the money you get at the end of the week or month is yours to use as you like. You can choose to treat yourself or put it straight into the bank. I knew a lot of au pairs who would blow this money very quickly on drinks. But everything I earned went straight into my bank account, and I never took my card on nights out. (The Berlin train system is 24/7 on a weekend, so I didn’t even have to worry about taxi money.)

3. You learn how to budget fast

As an au pair, I had to figure out how to have dinners out, explore a new city, and spend weekends away on just €67.50 ($78.55) a week. I also wanted to save, so I developed an elaborate budget sheet and input everything I earned vs. my expenses to the cent. I’ve lightened up a bit now, but it taught me to always be on top of in and outgoings.

4. You learn how to save in very creative ways

Trying to save on such a tiny wage sounds ridiculous, but even saving a small amount was beneficial in the long run. To do this, I’d read hundreds of ways to save money in Berlin, from taking advantage of the German “Pfandsystem” or deposit system (which involves collecting beer bottles and taking them to the bank for small change) to only eating from my host family’s cupboards — even for picnics with friends. I also knew all of the free attractions in the city, so I was prepared when anyone came to visit. Better yet, beer is cheaper than water in Germany, so I would still be able to drink with my friends for just €1 a bottle.

5. Instant connections in a new city

It’s who you know, not what you know. After casually mentioning to my host mom that I wanted extra work, she put me in touch with a whole host of other parents who needed a babysitter. This invaluable inside link meant I suddenly had far more extra cash. Babysitting is also a lot easier than au pairing. My host parents also helped me set up a German bank account, which I still use, as it always comes in handy when I’m traveling.

6. Learn a new language or other useful skills

Being an au pair can be a great break before starting to reevaluate your life and career decisions and learn a few new skills. Thanks to au pairing, I learned German and French, which was much easier while living with a family. Perhaps even more useful than language skills is gaining confidence. (There’s not much that is more daring than asking your host parent for your wages.)

7. You have time to find a decent side hustle

Au pairing isn’t a particularly busy job, especially if you’re only with the children, and not being observed by your host parents. I’d usually begin working at about 4 PM most days, so during the day, I could do other things to earn extra money.

8. You have the time to take on shitty internships for experience

Before finding my dream remote job, I took on a few freelance writing gigs for experience. My host family was flexible enough to allow me to work whenever I needed. As long as I was looking after and feeding the children, I could even work at home. But, this does require a lot of open communication with a host family to make sure they’re comfortable with you accepting other work.

9. Put off college without spending a lot of money in the process

A lot of my friends headed to new cities to become au pairs in order to take a break. After, many would head back to their home country to study. But, in the year away from home, they were able to reflect on whether paying for college was right for them. Au pairing is a much cheaper way to do this than the old Eat, Pray, Love method.

10. It’s an amazing form of contraception

Financially speaking, after being an au pair for a year, you’re likely to never want to look at a child again. And what better way to save money over your whole life time than never having kids?

Hanna is a freelance journalist, predominantly writing about 3D printing for All3DP. Her side hustle is Au Pair, Oh Paris. After au pairing for two years, Hanna and her best friend realized there was no useful information available for au pairs, so they decided to fill the gap. You can follow the ridiculous antics of this project on Twitter or YouTube.