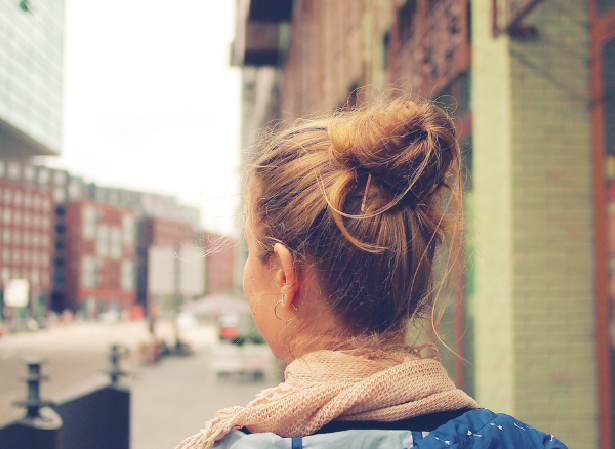 1. All work experience is relevant, even if your first job doesn’t involve business cards identifying you as an entry-level “coordinator.” One of the first jobs I had out of college was working in a winery, and it was a combination of hospitality (working in the tasting room) and running social media and PR initiatives. Every job I’ve had since that one has involved some component of social media, and recently I realized why I do well running social channels for different companies: all the time I spent doing something I didn’t thing would be valuable, I was gaining experience that made me a more well-rounded professional.

2. You can make a job as “real” or as useless as you want, regardless of the gig. A job you hate, where you do only the bare minimum and spend the hours counting down until five o’clock is so much less “real” than a job you actually care about, and want to succeed at. I used to always downplay my serving experience when I interviewed for entry-level jobs, because I thought it wasn’t relevant to the interview, and didn’t want them to count it as “not real.” I learned that it was typically worth mentioning because nothing bonds two people like the shared understanding of how hard you have to work when you have six full tables during the Friday night dinner rush and the Micros computer system stops working. Also, I used to work in a client-facing role, and my serving experience really did help prepare me to interact well with clients.

3. I learned that it’s important to pursue hobbies, and do things your passionate about, when you have the time. While I was working several jobs after college, none of them were a 9-to-5, so it gave me the opportunity to craft my own schedule. I used to take on two (fairly long) volunteer shifts per week at a local cancer resource center just because I could. I had the time. I lived in a city without traffic, and didn’t have to be attached to my computer, or worried about deadlines. While I’m happy with my life now, and I definitely could make a volunteer shift work here or there, I can’t consistently devote 15 hours/week to it, like I once did. I’m glad I worked hard for a non-profit organization at a time when I could give it my undivided attention.

4. Your parents concern doesn’t mean they’re disappointed in you. I think when your direction isn’t apparent, and you’re not working the 9-to-5 grind, parents often facilitate conversation about professional goals. In my case, those conversations really helped, and they were necessary. But I think my first instinct was to worry that I was doing something wrong, or that I was a disappointing post-grad, which I now know wasn’t the case at all.

5. You sometimes do better creative work if you’re not working on other creative projects all day. When you are writing at a job all day, trying to launch a writing career on the side is incredibly challenging because you’re exercising the same work muscle for 12 hours straight. When I was working a full-time job that involved writing (for PR), and social media, and I was trying to write on the side to start getting paid, it was honestly exhausting (and worth it). However, when I worked several different jobs, like serving, or pouring wine, and then had to come home to write cover letters, it perhaps wasn’t fun, but it was much more manageable.

6. Not every opportunity has a clear end game, but that can be okay, if it’s still pushing you in the right direction. I am very concerned about having a plan. I want to know what next steps are. I want direction. But something I learned while working three so-called “not real” jobs, seven days per week, is that just because I didn’t necessarily have a future at any of the places I worked, doesn’t mean they weren’t furthering me as a person, and helping me decide what direction I wanted to go in. And the experience I gained was valuable, because I could go back to serving, if I needed to, at any time.

7. Not moving to a big city immediately after college will save you a lot of money. And when I stayed in my college town as a post-grad, the fact that my location matched my income was more of a financially stable choice than I even realized. When I was working and side hustling like crazy, I was also living in a college town where the rent was no more than $500/month. So, even though I was making less than I was at my first entry-level job, I saved more because my expenses were much lower.

8. Being busy doesn’t always mean you’re doing good work. You can be “swamped” at your job — however real or not real one may call it — and still not be doing very much work. I learned the value of quality work, and giving a task my full attention, even if the task seemed menial at the time. I think we sometimes almost enjoy sharing how busy we are at work, as if it’s something to brag about — which I have definitely done before. But having multiple jobs and managing my own schedule, taught me that being present and giving my work everything I had when I was clocked in, was more valuable than only being half-focused on something for double the amount of time.

9. All the time I spent waiting for the day I would have my moment in the Facebook spotlight to announce my new “real” job could’ve been better spent doing absolutely anything else. I swear I had dreams about crafting that beautiful, pithy, excited-but-not-too-braggy status. You know what? I don’t remember if I posted it, or if there was a picture to accompany it, or how many likes it got. Because it doesn’t matter.