11 People Share The Dirt-Cheap Ways They Show Their S.O. They Care 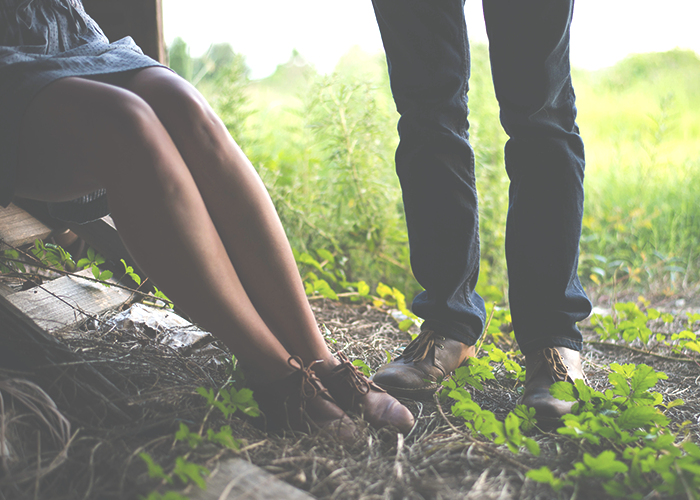 Following my post last week about the financial gap between my boyfriend and I in our relationship, I’ve been thinking a lot about ways to fill it up and keep reminding the boy I care even when I can’t fund any sort of super-romantic activity. In fact, just two weeks ago, we spent the weekend in Boston together, and although the hotel was beautiful and we had so much freaking fun wandering around the city together, I couldn’t help but feel a little guilty about the fact that the trip simply wouldn’t have been possible if he didn’t foot the bill.

A commenter on that post mentioned how, when faced with a similar situation in her relationship, it seemed to help her to frequently pick up the tab for smaller expenses. That way, although maybe not spending an equal amount of money on her partner or the relationship, she was spending an amount that was proportionate to what she was earning.

I’ve had to get crafty about how to show my guy that I care, because the truth is, it is super hard to show him that with money most of the time. Even when I do willingly pay for something for him that costs more than a latte (when he lets me, which is rare), I know in the back of my mind that I’m going to have to log on to my bank account later and shift some money around to make sure everything that needs to get paid for that week gets paid for. The best way I’ve been able to reflect some sort of proportionate giving and spending has been through inexpensive food. I can’t very easily afford to pay for a good meal at a nice restaurant right now, but I certainly can buy a bag of chocolate chips to make oatmeal cookies. (This guy is going to be getting a lot of oatmeal cookies from me.)

But for a few extra ideas, I decided to ask around and see how my cash-strapped ~lovebird~ pals show their loved ones they care when they’re on a budget. Here are some of the ideas I ended up with:

1. “For me, it is making an effort to see him, ‘cause he lives an hour away. I always make time to go over and hang out with him. That is important way to show you care in every relationship, more than probably anything else.” – Rose

2. “Normally when we are on a budget, what is most of the time since we are still college student is that, Dan will surprise me with making me some of my favorite foods rather than going out to eat. And I normally will surprise him with cookies he likes. Or one of us will surprise the other by packing a lunch, and going on a hike.” – Sarah

3. “I watch her favorite Netflix show with her. When I’m short on money and want to do something special for her, but can’t like, afford to take her to dinner or something, I know if I say ‘let’s watch Scandal and make grilled cheese” she’ll think it is the best thing in the world.” – Peter

4. “I always know that my girlfriend loves little snacks, so I like to buy her a little snack on the go. Especially when she’s on her period, I like to buy her chocolate because I know it’ll make her feel better. Chocolate is cheap, and I like doing little things to show her that I love her.” – Ben

5. “I’m a student and he’s not, but he loves to read, so when I’m at the university library I pick up books on the ‘new books’ shelf each week and bring them home to him. He always looks forward to hit and it is totally free!” – Morgan

6. “My boyfriend lives over 3,700 miles away. So when he and I get together, many of our activities are cheap. I try to live by the ‘never say no’ lifestyle. Any opportunity to make a memory with him is great. So if he wants to go out with some friends to a club, and he wants to dance with me even though I get embarrassed, I will. It makes him happy to see me having fun and looking a little silly. Cooking dinner together is cheaper than going out, and we have so much fun doing it. Every time one of us goes home, I leave a little note for him to find explaining how much he means to me. They are much more meaningful than a text message, and put a smile on his face. Because when you love someone, it isn’t about money or gifts, it’s about the little things, and the memorable moments.” – Maggie

7. “My boyfriend picks me flowers, which is probably so super lame but I actually love it. I put them in little jars in my room and it is just sweet. Not a huge deal and kind of corny but I do love it.” – Taylor

8. “I show her I care mostly in intense back-rubs or touching her hair. Not in a sexual way, but she basically loves it so much and falls asleep. It is free and probably makes her happier than anything I could possibly buy ever would.” – Johnny

9. “My boyfriend and I love coffee, and love going to coffee shops, so I do sort of consider grabbing coffee together a budget-activity, because we both earn pretty good livings and can surely afford a cup of coffee when we feel like it. But when we’re like, super-budgeting, I like to make fancy coffee drinks at home for us and we sip on them outside and make it special, rather than just regular morning coffee.” – Alicia

10. Step one: light candles. Step two: open cheap wine. Step three: binge-watch movies or a good series. We don’t have much ‘going out’ money right now, but we amp up our ‘Netflix & chill’ by making it a little more romantic and adding alcohol and usually some cheap, home-cooked meal because my wife is brilliant.” – Chris

11. “My boyfriend and I just bought a home together, so we’re obviously feeling the financial hit of that and kind of trying to cut corners wherever we can. We’ve been having so much fun doing cheap little DIY projects to fix up and set up our new place. It is much more affordable for us to buy cheap garage-sale furniture and fix it up than to buy brand new pieces for hundreds of dollars. It is great bonding too, being artistic and silly together.” – Heather