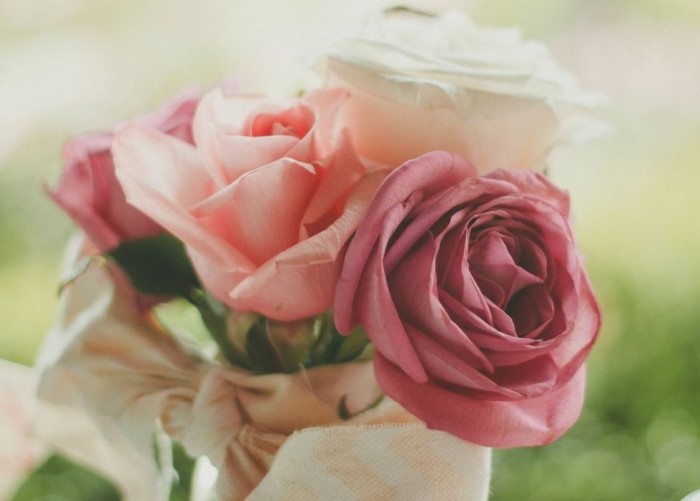 Wedding season is just barely underway for 2016, but I’m already done because the only wedding I was set to attend this year happened last weekend. In the last year, I’ve attended three weddings, all of which were absolutely beautiful. I wore two dresses between the three weddings, and though I was initially hesitant to wear the exact same outfit to two weddings, I was glad I did. I have this great, chic, to-the-collar, black dress which is made of sweater-like material, but has silk in the front. It looks fancy enough for a wedding, but is also comfortable enough to stay in for five hours. It was about $200, and absolutely worth the investment. For me, finding the right wedding attire is all about striking a balance; my thought is that you need to have something you love and feel comfortable in that is also versatile, if you’re going to get multiple wears out of it. I asked 12 women about the wedding outfits they were able to re-wear, and here’s what they had to say:

1. “Although it sounds like a depressing color for a wedding, I used a wedding as an opportunity to buy myself a black dress with a shrug cover-up that I can probably wear for any formal event in the future. At first, I also splurged on shoes and a necklace, but ended up returning them so I could stay below $200.” — Carina

2. “I was a bridesmaid, and the bride had us purchase blush-colored J.Crew sundresses that I have reused. Other items from being a bridesmaid that I reused include spanx, shoes, and jewelry. We all had to have Kate Spade jewelry (she found a sale). I can honestly say it was a splurge I never would have made on my own, but I love my earrings and wore them often (until my dog chewed one of the earrings).” — Jazmine

3. “I got a long blue dress for a summer wedding in a classic cut, and it is my go-to dress for any summer/outdoor event. (Hamptons gala? Yes. Outdoor music concert? Yes. Makes me feel like Jane Birkin? Yes!)” — Andromahi

4. “I recently had to attend a wedding and bought a really expensive dress for the occasion that I ended up returning a few days before the event in favor of an $18 back-less floral sundress I pulled off a sales rack at a semi-tacky mall store. I got it altered for under $10 so it fit perfectly, and I have worn it so many times since. And it has become my go-to wedding outfit; it is seriously my favorite dress I own now.” — Mary

5. “My rule for wedding (and in this case, engagement party) attire is to pick separates whenever possible. This means that I have a much, much better chance of re-using them, and can also get them for a much lower price point while still looking fancy and original. Both of these outfits were under $100 total, and the second photo’s outfit has been re-used together and separately TONS of times. (The first outfit will for sure be re-used as well, as soon as weather permits around NYC.) I also just generally like the idea of doing separates at weddings, especially more fancy ones, because you always stand out and look very stylish/original without upstaging the bride, which is a huge risk when you get a really standout dress from Rent The Runway or something. There is a way to be subdued and still extremely original, and I think separates are that key.” — Chelsea 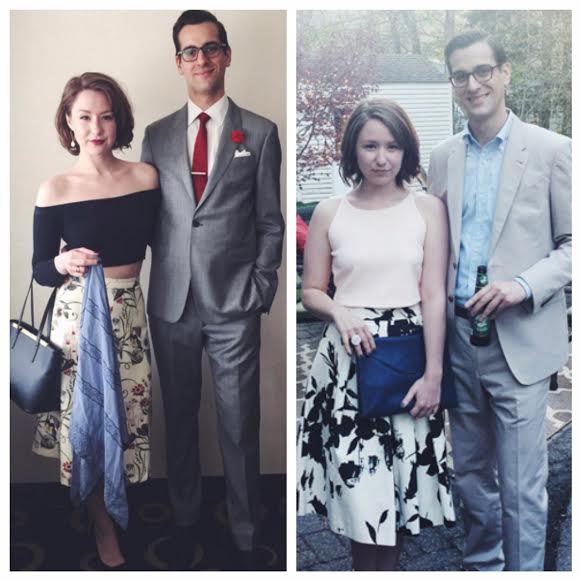 6. “My best wedding outfit investment is a simple black dress that I actually got for a swanky New Year’s Eve party a couple years ago. It fits my body really well and falls on the side of classy and understated. It’s also really comfortable and I’ve made sure to take care of it so that it stays looking brand-new. I’ve dressed it up for weddings, and dressed down in the summer, and I get compliments on it every time I wear it. I spent around $50 on it, and it was so worth it.” — Samantha

7. “I should preface this by saying that I’ve been a bridesmaid 13 times already. Yes, the 27 Dresses joke has been made more than once. Early on, I made the investment to purchase a pair of Stuart Weitzman nude pumps, and they have been by far the best purchase I have ever made because I’ve been able to wear them with almost every single one of my bridesmaid dresses. I’m also able to wear them throughout the year as well. It’s been a win-win!” — Monica

8. “A summer wedding came up and I had nothing for the heat it was going to be in, so I bought a lightweight green pastel dress from a department store. I thought I would never wear it again because it wasn’t really my style or color, but it turned out to be a perfect dress for Easter church service. It’s on the border of fancy and casual, so I can dress it up or down easily!” — Elena

9. “I bought a dark blue dress that was made of flowy material for a March wedding, and I’ve used it quite a few times. The color makes it perfect for a winter wedding, but it still works for spring and any wedding after September 1, in my opinion. The great thing about having a dark, neutral color is you can make it appropriate for any season by using different accessories. For an April wedding, I wore a pale pink cardigan with it, and then for a fall wedding, I wore it with heavy, gold jewelry.” — Meredith

10. “I actually have never purchased anything specifically for a wedding. I was in a sorority in college so I re-use all my formal dresses! I realize that I shouldn’t have spent so much money on nice dresses when I wasn’t making that much, but they’re all BCBG and Betsey Johnson dresses so they’ve held up VERY well!” — Marcela

11. “Most weddings that I have been to lately are weddings that I am in, which basically means that no, I have never worn those dresses again. It’s not even that brides chose ugly dresses or anything, it’s always that the colors just aren’t flattering, or you have no reason to wear such a fancy dress again because a fancy time to me is spending more than 30 dollars on food out, and typically, that doesn’t require a chiffon dress. I did have one bridesmaid dress that I could technically wear again because of the material. It wasn’t the best color on me, but I had my mom cut the bow off the back and would occasionally wear it with a blazer to work.” — Laura

12. “I was invited to the wedding of my high school crush’s sister, so my outfit had to be perfect. I had this beautiful blue dress and these gorgeous black leather booties. All I needed was the perfect purse. I’d been eyeing a charcoal Michael Kors bag for awhile, but I couldn’t fathom spending $200+ on a bag just to make one outfit look good. Eventually, I talked myself into it, thinking that, at least, I’d look good for one night. I’ve used it countless times for every wedding I’ve attended since, work events, funerals, and church, plus any other event that requires dressing nicely. Turns out, the bag was a good buy.” — Kalee