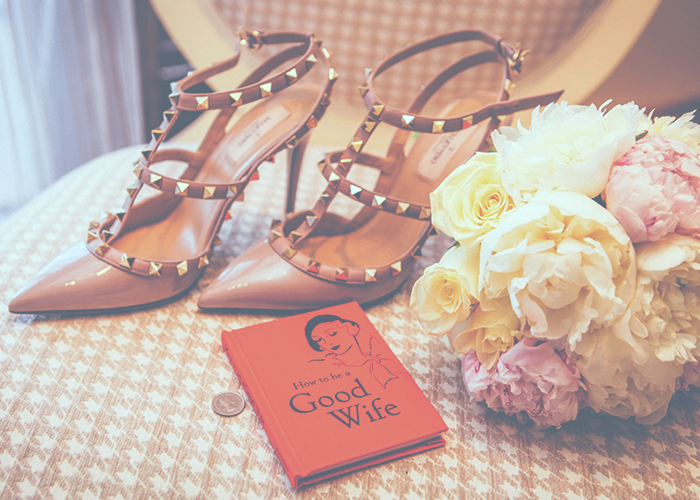 One of the biggest rites of passage of anyone entering into the world of the 9-to-5 is the “Holy shit, I have (what feels like) a lot of money coming into my checking account… every X weeks… forever!!!” splurging. It’s an irrational moment, of course, because there is always something smarter we could be doing with that little extra pocket in our budgets, and I’m sure there are irritatingly-type-A people who used their very first paycheck at their very first salaried job to invest in something really smart, but we’re not talking about them.

Talking about money means talking about all the smart shit you’re supposed to be doing with it, yes, and it also means looking at past mistakes and self-flagellating until we’ve appeased the Personal Finance Gods. (I know, Mr. Money Mustache, we have all sinned, and we seek your sweet repentance.) But another part of it is looking back at things that were technically “mistakes” and enjoying them for what they were. There is nothing wrong with saying “Hey, this wasn’t the most perfect use of that money in a purely financial sense, but it brought me something that I can’t quantify and that I don’t regret.”

Having irresponsible purchases that you don’t regret, for whatever reason, is okay. It’s human.

For example, when I got my first “big” job, I bought myself two things: a really, really nice purse that I spent hours browsing for with Marc in a super-fancy department store, and an intimate dinner in a very nice restaurant with five of my greatest friends at that time. Were both purchases a little silly, and obviously motivated by a sense of excitement that would fade very quickly when I realized that it really wasn’t that much money? Yes, of course. But do I regret them? No, because I know how much they both meant to me at the time, and I will carry the memories of both of those things for the rest of my life. They were a rite of passage to me as big and special as my first kiss. Those purchases meant that I had transitioned from something I’d dreamt of, to something I was actively living.

So I spoke to 13 women about what their special “first salary” splurge was, to get a better picture of the purchases that defined this moment for all of us.

1. “The first thing I splurged on was two pairs of nicer, non-ripped, decent-quality jeans. Up until that point, I’d worn exclusively sale-rack jeans, but because I was going to be in a business casual office, I wanted pants that were casual enough that I still felt really comfortable, but made me look nice and put together.” – Ana, 25

2. “I leased a car that was SLIGHTLY more expensive by like 20 bucks a month, because I knew I had the salary to work it into my monthly budget.” – Nicole, 26

3. “When I got my first 9-to-5 job, it was supposed to start at the beginning of summer, but part of my negotiation was starting a little bit further into summer so that I could go on a celebratory trip. At that time, I’d never been out of the country, which was always a little bit of a source of embarrassment for me. So I took a week-long trip to Spain to visit a friend with money I’d saved from my graduation party, and had the time of my life! It was a big splurge, and I know that could have been $2,000 towards my student loans, but I don’t regret it at all. Traveling abroad for the first time gave me so much confidence.” – Caty, 28

4. “A pair of Louboutin flats that I got at an upscale consignment store for $200. I wanted a pair of real designer shoes that would last me years but my two rules were this: flats, because heels kill my feet after a few hours, and discount, because who pays full price for that, even in a treat yo self moment?” – Angela, 30

5. “I took my mom out for a really fancy dinner here in NYC. She was visiting me and staying in my studio apartment, and I took her to this incredible steakhouse in Williamsburg that I’d been drooling over for two years. It felt so good to be able to give something like that to my mom, especially because she worked really hard to help me with school so that I didn’t have to take out substantial loans. It felt like a ‘rite of passage’ way more than going to the Ann Taylor to get my office clothes (though that was fun, too!), because it was a way of saying to my mom ‘I’m an adult now,’ and it honestly felt like that.” – Sara, 25

6. “I paid my boyfriend back a couple small loans he had given me while in grad school. It was less than $1,000, but it was important to me that every penny be repaid after I got my first few paychecks.” – Olivia, 30

7. “The first thing I went out and bought was a window AC unit, because it was just starting to get really hot in Boston and I had gone three summers with just fans and lots of ice cubes. My broke ass was like ‘The biggest luxury available to me is cold air!!!'” – Gili, 29

9. “So, my ‘splurge’ kind of came slowly because it was really ‘aggressively saving up to get a new place.’ I was in a pretty toxic roommate situation, and I’d been stuck there since graduation because I was doing unpaid internships and working at Starbucks, so I didn’t even have a spare $20 to put towards the deposit or moving costs. But I told myself that when I finally got a salary, I would make the move and either get myself into a studio or find new roommates at the very least. It took me a few months to save up, but I was able to get that studio in Queens, where I still live (and love it!) to this day. For me, that salary purchase was really about asserting my freedom and no longer putting up with the janky living situations of my ~youth~.” – Natalia, 31

10. “I knew I was going to be doing a lot of traveling for the job, so I splurged on a $600 set of fancy-ass luggage to go along with her more professional role. Good luggage truly makes all the difference when you travel often.” – Jade, 27

11. “Train tickets to go visit my grandmother, so I could tell her the good news in person.” – Jaclyn, 25

12. “Me, my sister, and my two best girlfriends all got crazy dressed up for an amazing brunch at one of the fanciest hotels in Manhattan. It was $300 for all of us, we got super-tipsy on champagne in our fabulous dresses, and I don’t regret a dollar of it. It took me nearly 18 months to find that stupid job!” – Lacey, 29

13. “Definitely beauty stuff. I was 100% the Whatever Is At CVS school of beauty and personal care when I was in school, and I got my haircuts at this really, really shitty salon that was only a step up from Supercuts. Once I got the job, and especially because I knew I would be client-facing, I went to Sephora and spent about $150 (which was an insane amount of money at the time for me) on good ‘everyday’ basics, like moisturizer, foundation, bronzer, eyeliner, an eyeshadow palette, a neutral lipstick, etc. Then I got a nice haircut at this medium-fancy salon near my new job. I can’t even describe how much it transformed my confidence basically overnight, and how amazing it felt to really treat myself to some quality beauty supplies — I finally understood that oft-repeated adage of ‘dress for the job you want, not the job you have.'” – Ella, 26