What 2 Months Without Health Insurance Did To Me 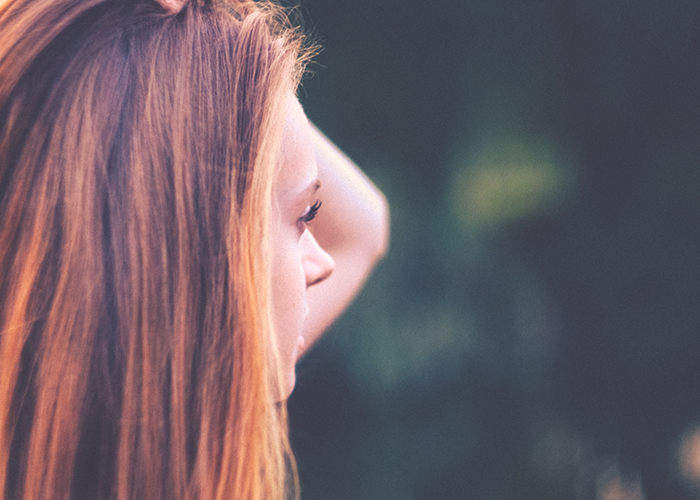 If you are currently a living human being, you probably know that health care in the US is a giant kerfuffle of crazy. It’s too expensive, not enough people have access to it, and talking about it generally makes everyone go a little insane. It’s a disaster, but a disaster that I never had to think much about. I was on my parents’ insurance growing up; then, I was insured through my job; then, I got insurance through the state when my job downsized me to part-time, which I was able to keep until another insurance program (from my next, new job) kicked in. I’ve always had access to quality health care.

A few months ago, on my way to run errands with my boyfriend, I grabbed the mail. I received a letter from the state saying that I — I? — had withdrawn my application and were discontinuing my health insurance, backdating it to November. Any costs I had accumulated between November and the current month would be my responsibility to pay back to the state. I could appeal the decision if I wanted to. The letter arrived too late for me to act quickly enough to keep my coverage; there was nothing I could do but appeal and wait for a hearing, which could take months. I was not yet covered through my new employer. I was, effectively, without health insurance.

I sat in my boyfriend’s car in the parking lot of a grocery store, unable to do anything but shake and sob. Panicking, I called my mom, who tried to call me down, but it didn’t help. I knew the “application withdrawal” was a clerical error, but it was up to me to prove it, and at the time, I wasn’t sure I could. I had racked up plenty of medical costs. What if I lost the appeal and had to pay it all back?

During that time period, I was taking three medications. I had seen a doctor for tendonitis treatment, as well as weekly therapy sessions. If I lost my appeal, I would owe the state five months’ worth of medication, weekly therapy sessions, and one diagnostic doctor’s visit. I had no idea how much this could cost me and was too terrified to find out. I chose to discontinue all medications (which you should never do, without the guidance of a doctor) and cancel all the doctor appointments I had scheduled. By the grace of the psychology gods, my therapist gave me an out-of-pocket discount of $60 per session (that is, $240 less per month). My appeal was scheduled for two months after the letter was issued. All I had to do now was not get sick, injured, or killed.

These two months of my life were full of the most ruthless paranoia and terror I have ever felt. Every time I drove to work, I clutched the wheel with white knuckles, my hands at ten and two, imagining the car accident that would bankrupt me. I cut my leg shaving and imagined what the price of intravenous antibiotics would be…or would amputation be cheaper? I imagined getting pregnant without access to medical care. With every tickle in my throat, I feared the flu and the hospital bill that would follow. Everything in the world was a threat, yet I had to go on.

My experience is not uncommon. Medical expenses are the number-one cause of bankruptcies in the United States, accounting for approximately 62% of personal bankruptcies. But, interestingly, 72% of the people who filed those bankruptcy statements also had some sort of health insurance. With 62% of Americans having less than $1,000 in savings, this insured-bankruptcy phenomenon is both atrocious and unsurprising.

It’s easy to dismiss this as a statistic and move on. It’s easy to blame people for their own problems that have nothing to do with you. God knows, I was a little Social Darwinist twat in high school. “Why should I have to pay for their failures?” (I said this when I was 16, healthy, and had just quit a job waitressing at Friendly’s after two months because I didn’t like smelling like french fries and having to talk to people.) It’s hard work to care, to empathize, to view other people as equals who just as deserving of the care you are lucky enough to have, even if they don’t make enough money to afford it.

Eventually, I educated myself and began to believe in healthcare for all, but it was in a (for lack of a better term) “White Feminist” way. You can’t really know what it’s like to be without health insurance, without savings, without a safety net, unless you been there. Until recently, I’d never lived in fear of bankruptcy because of a trip to the emergency room. I’ve never delayed care because I was too afraid of what the diagnosis would be, or how much it would cost. I’ve been privileged to have excellent access to medical care my entire life. It was impossible for privileged-me to imagine what it would be like to live in that kind of fear, to sympathize with the daily stress it brings to your life, your job, your relationships. Impossible, until it happened to me.

Yet even in this time of uncertainty, I was privileged. Even though I don’t make enough money to realistically afford a medical emergency, I had no doubt that my family, boyfriend, boyfriend’s family, and even friends would help me if I needed it. I had my health, which is everything, and the knowledge that eventually my health insurance through my employer would eventually kick in. All of this was hard to see when my vision was clouded by raw panic, helplessness, and (the least helpful) embarrassment. I was embarrassed to see how sheltered I was from the medically-uninsured life that is a reality for millions each year: the stress, the shame, the knowledge that you are one emergency room visit away from losing everything. The feeling that you’re on your own in system that actively works against you. The sadness that your neighbor doesn’t care enough to help. I got a brief and diluted taste of that system, and it was bitter and unforgiving.

My appeal was successful; I didn’t have to pay the state back for my medical costs backdated to November. I am currently on my work insurance, and everything is fine. But I will never forget the fear I felt after receiving that letter. I will never again judge a single person who gets into financial trouble because of the exorbitant cost of health care. I will never resent contributing my fair share of taxes to make sure no one has to live in fear of getting sick. You don’t know, you can’t know, until it happens to you. None of us are immune to governmental clerical errors that could ruin our lives.