3 Things I Learned From My Dumbest Purchase Ever 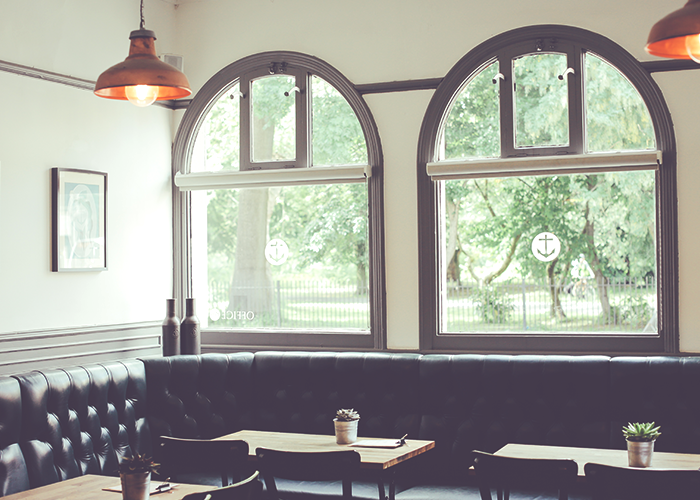 If you have been reading/watching TFD for a decent amount of time, you may have heard me mention once or twice the single-dumbest purchase I ever made. It was a different time in my life, yes, and the result of a confluence of factors not likely to repeat themselves, but the lessons I drew from the experience are ones I continue to take with me throughout the rest of my money decision-making, even though the item in question was just a simple purse. Yes, a single purse has taught me a lot about money, and I bet that if you thought back to the single-dumbest purchase you made, you could probably draw a few more general and all-inclusive lessons to draw from it, too.

But before I get into those lessons for me, the story of what I actually bought and how:

The year was 2012. I was 23, thoroughly dumb, and had just sold a book for a sum of money that (at the time) felt like the most money I’d ever see. (It wasn’t enough to support me for an entire year, but I had another job and it gave me a sudden, unexpected level of financial freedom.) To that point, I’d never saved a dime, and still had a decimated credit score

from the card I’d defaulted on as a teen. I had really been living, even while having my first “grown-up” job, as something of a financial infant, and the sudden windfall made me feel like I could do whatever I wanted with money.

So, knowing that a part of my first check would be going to (finally) pay off said defaulted card, I decided that the only reasonable thing to do was to have a “treat yo self” day, which was to consist of museums, shopping at the most upscale department store in all of Paris, and then an intimate dinner at a very nice restaurant with some of my closest friends. And that last part, the dinner — which, for five of us, cost around $300 — I do not regret at all. To this day, I feel that celebratory money is always best spent on experiences and thank-yous to the people you love and who support you, and when Lauren and I sold the TFD book, our first order of business was taking our partners and parents to a wonderful steakhouse dinner in New York.

But the shopping part I really did not need. After some nervous pacing around this department store, where every item cost several hundred dollars and I was clad entirely in shabby fast fashion, I was feeling sufficiently insecure and down on myself to justify a much larger purchase than I had initially intended. I thought I was going to buy a simple neck scarf, which would have still been around $100, but still would have been what felt like a reasonable sum in light of my achievement. Instead, I was lured by my own anxiousness and some particularly-aggressive saleswomen into buying a $500 USD designer handbag. It was large, leather, bright purple in color, and something I have worn approximately five times since, total. It’s not at all my style, and frankly, the simple act of wearing something so ludicrously impractical and luxurious feels embarrassing. It was, and hopefully will always be, my single-dumbest purchase. And these are the three biggest things it taught me.

Simply put, if I had paid off my debts before my treat yo self day, and not after, I would not have bought that purse. I would have felt sufficiently chastened by seeing my checking account take the sudden dip, and at the very least, would have waited until my next check to go shopping — by which point I would have no longer been in the “I sold a fucking book!!” haze, and would have very likely not wanted to make any kind of special purchase, let alone one that extravagant. Even though I knew, on an intellectual level, that I was going to pay off my bills and get right once the weekend was over, even that tiny bit of delay allowed the weekend to feel like some kind of farewell tour to my financial irresponsibility, and led me to feel completely reckless about what I was buying.

2. Even your treats need to be well-planned for.

It’s really to get into a mindset of “oh, well, this is my fun day, so I don’t have to worry about spending.” And when you live a life that’s either a) strictly budgeted or b) generally rather scarce, it’s natural to want to take times “off” from having to think about your money in a more interconnected sense. But the truth is that even one day of feeling like you can buy whatever you want can set you back for weeks or months, and besides, after a certain point of spending, you don’t get proportionally more enjoyment out of it the more you’re spending. I was once sent on assignment for a magazine to do a weekend’s worth of food and activities in NYC for $50. The story ended up being killed, but I found out that the act of being within a budget only heightened the excitement of the whole thing.

Sure, that might be a little two low for the average “celebration/special occasion weekend” in a big city, but the point remains: pick out what you’re doing, set a budget for it, and take it out in cash. Leave your cards at home, so your YOLO attitude can’t get the best of you while out. (And it definitely will.) It’s not just in how many things you do, it’s in the individual amount you spend on those things — taking $100 in cash with me to that store wouldn’t have dampened the lovely experience of wandering around and taking in all the beautiful goods. It would have simply made the act into something like a treasure hunt, instead of a free-for-all, and would have encouraged me to take my time even more in the whole “picking out my treat” portion of the day.

3. Shop for who you are, not the person you want to be.

Just today, I was looking for a bag to take with me on a small trip to London while I’m here in France. I wanted something I could carry around most of my stuff in, and since the big bag I brought is reversible (why I brought it!) but doesn’t actually close (it’s just a tote with a little magnetic clasp thingy), I didn’t feel great bringing it to a big city I don’t know at all. So I went out looking for a travel bag, and realized two things along the way: One, the stuff I was looking at was “chic leather backpack,” and I am not a “chic leather backpack” girl. I only thought it’d be useful and cute for this one specific instance, but truly, I don’t need anything like that in my day-to-day life, and wouldn’t find a reason for it.

Two, the smaller of the two bags I brought with me to France would work, if I found a more intelligent way to arrange my belongings. The truth is, I was thinking about my “perfect London look” and trying to find dumb ways to justify it, while spending money needlessly and buying stuff for a person I simply wasn’t. So I sucked it up, bought nothing, and am being really judicious about how I organize my carry-around purse for the few days I’m there. And if I hadn’t had such a radically-negative experience with that one purse four years ago, I might well have bought the backpack. But as I admired myself in the mirror with this chic little black bag hanging off my one shoulder, I thought back to the purple purse sitting, unused, at the back of my closet (which I still need to sell, I know), and put it back. That purple specter comes back to haunt me fairly frequently while shopping and, frankly, I couldn’t be happier that it does.