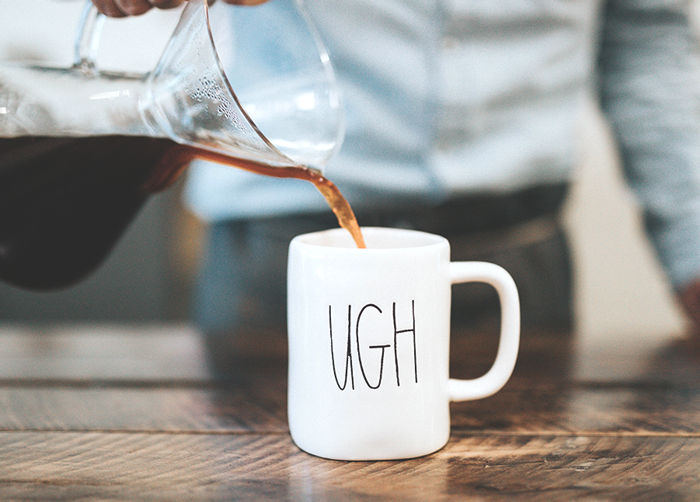 I used to go into interviews just kind of winging it, sure that my charm and wit would get me by with flying colors (um…). But it wasn’t until I started doing a little research before interviews that I started getting real follow-ups and interest; and that I also became more passionate about the jobs and companies I was applying for. These are just a couple of the basic questions I like to ask ~the internet~ (read: Google) before I walk into any interview.

1. What are the average salaries for similar roles in the same city?

This is really something that I picked up from being a TFD reader, and it’s really changed how confident I am in job interviews. There is something really comforting about having numbers and statistics to back up the qualitative assessments you’re making about your value — which is often what an interview centers around.

2. What does the company identify as its general mission? What culture does it work to (or purport to) create among its employees?

Usually I start on the company’s career page, to get a better idea of the way in which they articulate their culture and mission. Then, if the company has a “Team” or “Employee” page, I like to read through a few summaries that people have written about themselves: to get an idea of what the company may have asked, or even just to understand better how people talk about themselves at the company (e.g. is it colloquial, edited, natural, stilted?). While this may not give a full picture, usually reading a little bit about how current employees talk about their own experiences can be really helpful when thinking about my own potential fit. Often, companies will have blogs or a social media presence with “what it’s like to work at…” or a “day in the life…” features that can provide a clearer picture.

Then, I usually like to do a quick search for the company, to see what crops up first: have they been in the news lately? What’s their Wikipedia page like? What organizations are they are part of/do they encourage their employees to be a part of? How do they impact their community?

This helps me better articulate during my interview why I want to work at this particular company, and why I’m a good fit — both questions I get asked in almost every interview. I can give specific examples (e.g. “I really value diversity in tech, and I was impressed that your company signed the Tech Inclusion Pledge,” or “I saw your CEO give a TedTalk about the changing landscape of women’s health and I’m passionate about working somewhere where those conversations happen”) and can talk about the intersection of my interests/values and those of the company.

3. Where do people come from/go to before and after they work at the company?

I usually do a quick LinkedIn search for the company and visit a few of the profiles of people who work at or have worked at there; this can help me visualize my fit for the company, and what upward or lateral steps may look like. It also has the added benefit of providing a feel for their employee retention rate: while I’ll also often take a quick jaunt through the company’s Glassdoor profile, reviews can sometimes be noticeably skewed there, so I hesitate to put too much weight on a company’s Glassdoor score.

A brief aside: I followed up on LinkedIn after checking a Glassdoor score once, and it did affect my final decision. A few months ago, I was in the final interview stages for a law-firm-that-shall-not-be-named, and though it had a fairly low Glassdoor score, I had disregarded it up until that point. Once it became more possible that I’d be seriously considering a position there, I reached out through LinkedIn to two employees who had left the company recently, and one who was in a similar position to the one I was interviewing for. The one who was still working at the firm sent me a long message pretty immediately, voicing a number of concerns (the general gist was “Run, run, and don’t look back;” she was already interviewing with other companies) that were also reiterated in the responses from the two ex-employees that I’d messaged. While I won’t go through the entire list of issues that they mentioned, one was confirmed when I got my offer from the firm the next week. While the job posting had stated the starting salary as $37,000 with benefits, and both the recruiter and hiring manager I’d interviewed with had confirmed that my offer was for $30,000, and had me on a six-month “probation” period before I qualified for benefits.

The hiring manager said that the salary difference was because this position was “bonus eligible,” and so I could end up making more than $37,000 by the end of the year with bonuses (this felt decidedly like Not A Real Thing to me). The “probation,” she explained, was normal for all employees; it was to guarantee that employees were committed to the company before the company fully committed to them. I knew, from the three people that I’d spoken to, that no bonuses were forthcoming; and one of the people I spoke to had left when the company extended his six-month probation due to “lack of dedication.”

While it may have been a good fit, there were too many red flags for me. In hindsight, I do wish that I’d done more thorough research before taking that first interview, so as to avoid wasting those two weeks of my time/the recruiter and hiring manager’s time and energy; but now, I am a little more on guard for those warning signs earlier in the process.

4. Who are the clients? What are the products? What role does your potential department play in the process?

I think this may be one that is a little more specific, because most of my experiences interviewing are for marketing and media positions, often in an agency setting. I almost always get asked about my understanding of the marketing process (e.g. “how would you define inbound?” or “Could you explain how you see a copywriter’s role in the customer cycle?”). Now, before I interview, I like to research past work that the company has put out. Sometimes, this is helpful in identifying patterns (e.g. a lot of restaurant marketing, marketing for startups, etc.) that I can then connect to experiences or skillsets that I have.

The biggest benefit to researching is the ability to ask better questions.

For a while, early on in college, I always reverted to generic responses when my interviewer asked me if I had any questions: what is an average day like, what is your favorite thing about working here, etc. But doing research meant that I already had the answers to those: and moreover, I could tailor my questions to the company better. Asking about the process behind a recent project, for example; or following up on company diversity statistics recently posted to their website. Knowing that I have killer questions to ask at the end of the interview also makes the whole thing a little less nerve-racking for me, because I always feel sure that I’ll be able to end on a good note.