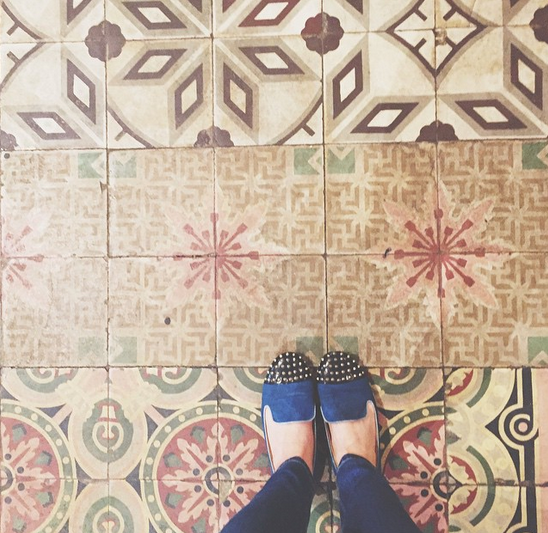 Although my calculating competence has always been below average, I can say with certainty that I’ve been through at least 13 hours of internship/job interviews within the last four years alone.

Those 13 hours, while occasionally pleasant, were oftentimes terrifying. I still look back on the many times I stumbled through over-rehearsed reasons for why “I want to work here.” I wonder how the hell I decided to wear see-through, wide-leg chiffon hot pink pants to a rather formal interview. I can still taste the salty sweat that pooled above my upper lip while nervously pretending to read the reception-area’s magazines. And I’ll never forgot the few times I arrived 15 minutes early, only to make a stop into the women’s bathroom to strike a “Power Pose” in the stall before heading into the interview.

And yes, you could guess that I didn’t nail all those interviews (although I will say I nailed about 75% of them!), but one thing I did succeed in was my method in landing them.

While I reminisce on my graduation from college just a year ago, my heart sinks for those graduates now about to embark on the dreaded job hunt. While they may have an idea of the job they want, or even the company they’d like to work for, strategies on getting an interview with the right person are not really taught in school. Do yourselves a favor and follow my lead, to ensure that — if you aren’t going to pass the interview with flying colors — you will at least get your foot in the door, and give yourself a chance.

1. While it is important to search for open positions on large job search engines, it’s even more vital that you apply for jobs even before they become open. Pick a company that you’re interested in working for, and guess who would be in charge of hiring (but not the top person) by researching employees’ titles within the company. (And make sure that you are logged out of LinkedIn/on incognito session, too, if you’re looking through that, because it can often show people who’s been looking at their page, and you don’t want them to know you’ve looked through an entire company department at once.)

I landed most of my internship interviews by emailing my resume to editorial assistants — not their bosses — who I assumed were in charge of hiring interns, and most of the time, I would hear back from them that day!

3. What should you include in the email? Well, I usually liked to say my name, where I went to school, my major and that I was looking for a full time position. I would tell the recipient about my previous internships and would also include a few links (not too many, only the best ones, and no attachments) to some of the pieces I had written.

I made sure to provide them with the information that would explain why they would want me, instead of me wanting to work for them, showing my value and assets up-front. I would usually ask that if they know of any positions currently open or opening up in the near future within their company/magazine, and/or if they could please pass along my attached resume to the appropriate contact.

4. If the first email doesn’t stick, you can try again with another person who seems similarly positioned to the first within the company. You may think it looks desperate, but most of the time the second person will not be aware of the first, and may simply be more receptive to what you’re asking them! A key to my landing interviews has often been through this kind of trial-and-error, where I get to the right person. Looking back, I think I had sent out more than 50 of these emails to different places, sometimes with responses, many times without. The internships and (now) job that I secured were worth every single minute of my time.

After I was handed my diploma on a hot May afternoon, six months passed before I secured a full-time editorial position. Those long months were flooded with tears and invaded with many moments of self-doubt. “How to become a makeup artist” and “qualifications for private investigators” took up most of my Google search history, and there were times that I second-guessed my passion for writing.

But this transition will be the one time you cannot forget, deny or doubt what you’ve worked so hard to accomplish. You cannot allow a bit of rejection to dissuade you, or convince you that it’s too hard to get in the door for the interview you want, even if it seems you can’t get past the cold-call email stage. The truth is, no one is going to hand your dream job—they want to see you fight for it.