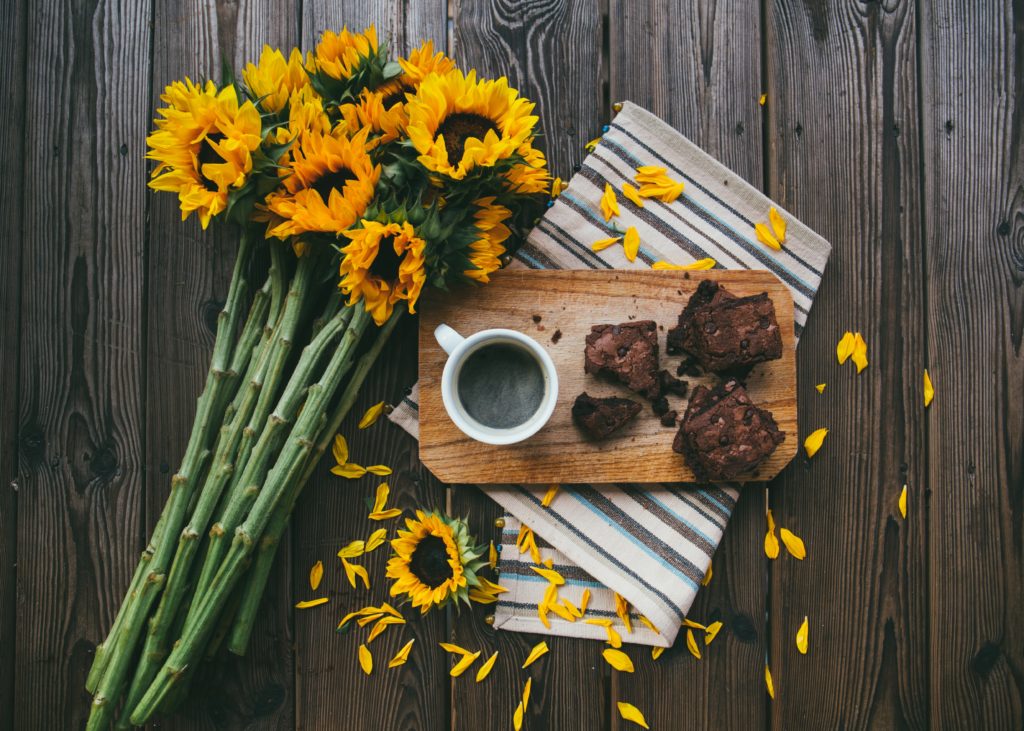 A few years into my twenties, when I was just getting the hang of living on a budget, I realized one of my biggest spending categories was eating out. I really needed to learn how to save money on food. I began cooking a few nights a week with my roommate, which was a fun, easy way to learn this essential adulting skill. In the beginning, I blithely bought each ingredient the recipe called for, paying no attention to how much it cost or whether I could use it all up before it expired.

After a few months of high grocery bills and food waste, I realized I needed to start thinking more strategically about which ingredients I actually needed to buy and what I could leave out or substitute in order to save money, which is why I had started learning to cook in the first place.

1. Making My Own Buttermilk

After a few times of buying a quart of buttermilk and only using about ⅓ of a cup of it for whatever recipe I was tackling, and then forgetting about it in the fridge until long after it had expired, I learned from a friend that you can make your own. Originally, buttermilk was just the leftover after cow’s milk was churned into butter, but most buttermilk these days is a kind of fermented milk. Luckily, it’s really easy to get that slightly sour tang that buttermilk is known for by just adding a tablespoon of vinegar or lemon juice to a cup of plain milk. Let it sit for a few minutes and voila, you have buttermilk! I always have both vinegar and lemon juice on hand, so this is an easy swap that won’t leave me with a stupid amount of buttermilk left over after the flour has settled.

One of those dairy products that really adds a delicious creaminess to recipes, heavy cream was another ingredient I was guaranteed to forget about, never use up, and then have to throw away. However, it’s easy to replicate that creamy flavor by blending a tablespoon of melted butter with a cup of plain whole milk. You can also use coconut milk if you’re vegan or want to avoid dairy, but it’ll add a little coconut flavor, so make sure that’s compatible with whatever you’re making. Speaking from personal experience, coconut milk in place of heavy cream in curries and other spicy dishes is just divine (though the price is more comparable). It also freezes well — just blend it again once you’ve defrosted it if the consistency isn’t quite the same — which will help you reduce food waste in addition to saving money.

I don’t really like the taste of mayonnaise out of a jar, and I’m not going to learn to make my own any time soon, so I never have it in the house. Same goes for sour cream, which recipes mainly seem to call for in dollop denominations but which always seems to be sold in giant tubs. Instead of keeping either of these on hand, I just rely on using unflavored Greek yogurt, which I eat every morning for breakfast. Greek yogurt can be substituted for mayonnaise in almost any recipe, including chicken and tuna salad, dips, salad dressing, and as a sauce thickener. It’s also a really good substitute for sour cream in tacos and as a garnish to a spicy soup.

In addition to figuring out how to save money on food, I wanted to learn how to really cook and bake, which meant doing more than just relying on pre-packaged or heavily processed food. This is when I discovered the joy of baking from scratch and started to build up a list of ingredients I needed to keep on hand because I actually did use them often as the building blocks for all kinds of recipes.

One of these heavy lifters is cocoa powder. It’s great for making hot chocolate, but it’s also a key ingredient in a good chili recipe, a nice marinade or dry rub, and mole sauce. It also lasts for years on the shelf, unlike bars of unsweetened chocolate, which can bloom and develop a weird texture if stored for too long in the cupboard. If you need it for a dessert recipe, you can make unsweetened chocolate by combining cocoa powder and butter or oil, with a ratio of 3 tablespoons unsweetened cocoa to 1 tablespoon butter, shortening, or oil.

Of course, none of these are huge savings by themselves, but we all know how much a bunch of little savings can add up — especially when it comes to grocery shopping! There are ton more ingredient substitutions out there (for example, I’m never buying overly-processed, preservative-laden breadcrumbs again), but these are the heavy hitters in my house, where I cook probably 3-4 nights a week depending on how busy I am. Mainly, I’m so glad that I both figured out how to cook for myself and also that I don’t need to buy every single ingredient that a recipe calls for, but can instead experiment with omissions and substitutions in order to save money on food and reduce food waste in my kitchen.