4 Money Mistakes Your Brain Keeps Making & How To Avoid Them 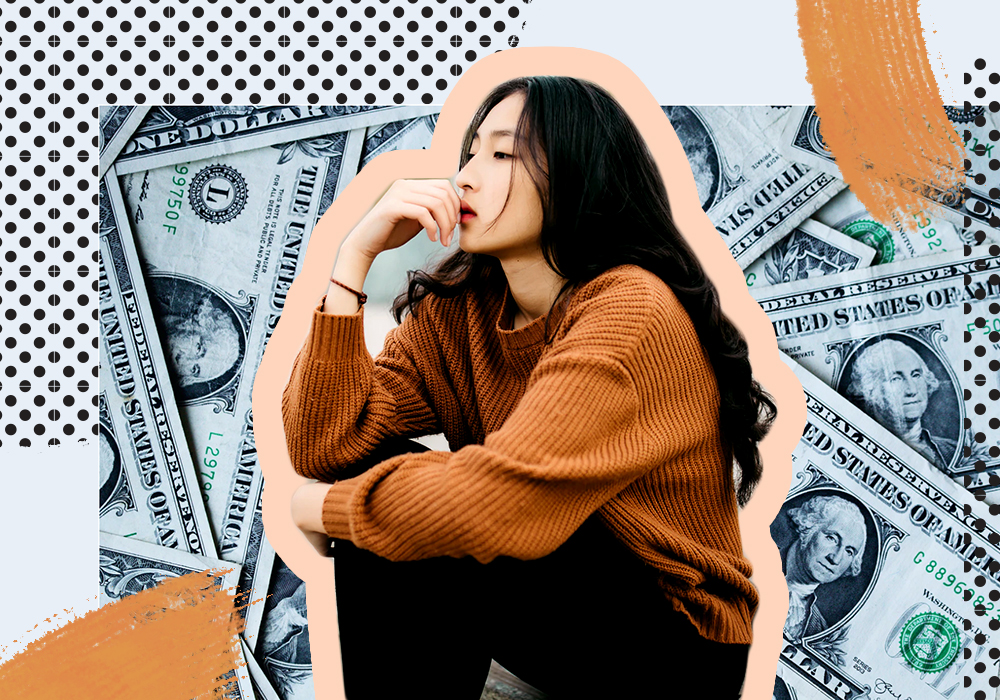 It’s no secret: There’s more to personal finance than knowing your way around a budget spreadsheet or retirement account options. Human psychology pretty much guarantees that those skills alone don’t make us good managers of our money.

Cognitive biases — our brain’s tendency to veer from logic — can lead us to make less-than-optimal financial choices even when we know better. Here are some common mistakes our brains make when it comes to money, along with a few “mind hacks” to get around them.

What it is: Hyperbolic discounting, also known as time or temporal discounting, is our preference for immediate over future rewards. We value something more when it’s immediate. Credit cards are a prime example of hyperbolic discounting: We buy something we might not be able to afford right now on credit, potentially risking spending more in the long term due to high interest rates, rather than waiting and saving up.

How to deal: An effective hack to counteract hyperbolic discounting is to imagine and empathize with your future self. I envision the version of myself who, in a week or a month, is going to face the fallout of a poor spending choice or miss out on benefits she would have otherwise had. Then I imagine how she’ll feel if I take care of her right now. Picturing my future self paying the credit card bill for an ill-advised purchase or, conversely, feeling the satisfaction of watching the interest rack up in a high-yield savings account helps me stay on track in the moment.

What it is: Akin to confirmation bias, which entails looking for information that supports our personal beliefs or values, choice-supportive bias occurs when we focus on information that reassures us we’ve made the right choice (and ignore perspectives that might suggest otherwise). Choice-supportive bias often manifests as post-purchase rationalization, which is basically the mental gymnastics we do after a purchase to convince ourselves that it was worth it.

How to deal: The first step in tackling choice-supportive bias is to recognize when it’s happening. Pay attention to how you feel after making a purchase: a sinking feeling in the pit of your stomach may indicate buyer’s remorse, which can then trigger choice-supportive bias as your brain tries to explain it away. Once you’ve identified the source of your discomfort–you made a choice that you regret–be as kind to yourself as possible. Shame is a powerful demotivator, so beating yourself up over a decision will only make it harder for you to problem-solve. Then it’s time to get creative and try to find a solution.

To stop choice-supportive bias in its tracks, practice mindfulness techniques in your spending. Be a non-judgmental observer of your internal dialogue: are you rationalizing a purchase before you’ve even pulled out your wallet? If so, take a few deep breaths and allow the thoughts to pass through your mind.

What it is: Humans are creatures of habit. We prefer our current state even if the situation is less than ideal. This psychological preference is called the status quo bias.

As someone who has a naturally avoidant personality when it comes to money, I struggle with status quo bias all the time. One painful example of this was my cell phone bill, which I overpaid for years. When I first left my family’s plan, I stayed with the same company and paid way higher rates than I would have if I’d shopped around, simply because I was overwhelmed by the thought of making a change.

How to deal: Just knowing that the status quo bias exists can be helpful, since it allows you to recognize that your preference for the current situation comes from cognitive bias rather than fact. The best practical way to work through status quo bias, though, is to set limits around making the change and stick to them. Confining your brain’s discomfort to a fixed period of time makes it easier to get started. I used this method to finally tackle my cell phone bill: I dedicated one hour to research options and choose a cheaper carrier and plan. I then used the momentum from that decision to call the company and make the switch immediately.

What it is: Anchoring bias refers to our subconscious preference for the first piece of information we receive in the decision-making process. Our brains latch or “anchor” themselves to the first price or figure we see.

Anchoring bias is why the on-sale but still expensive dress seems like such a deal after we’ve seen the higher price tags surrounding it, or why a $13 glass of wine on a $20-a-glass menu calls our name even though we’d usually spend $7 max on a bottle at Trader Joe’s. It’s also why potential employers might offer a lower salary or hourly rate than they need to because they know that prospective employees will match their expectations to the initial offer.

How to deal: When it comes to combating anchoring bias, knowledge is power, and preparation is key. Anchoring bias often occurs when we lack sufficient information or knowledge to make a decision, so do your research. When making a purchase, check your budget and plan ahead so that you know exactly how much you’re willing to spend on an item before you so much as glance at the price. For wage and salary discussions, check out a website like Glassdoor or talk to your network to learn the pay scale for the industry and position.

Our brains may get tricked by these cognitive biases, but that doesn’t mean we can’t counteract them. Employing just a few hacks can put us back in the driver’s seat of our own finances.

Sarah Doyel is a writer and health justice advocate currently based in Washington, DC. When she’s not behind her laptop, she’s running, reading, or drinking an entire pot of espresso. Read more of her work at www.sarahdoyel.com.