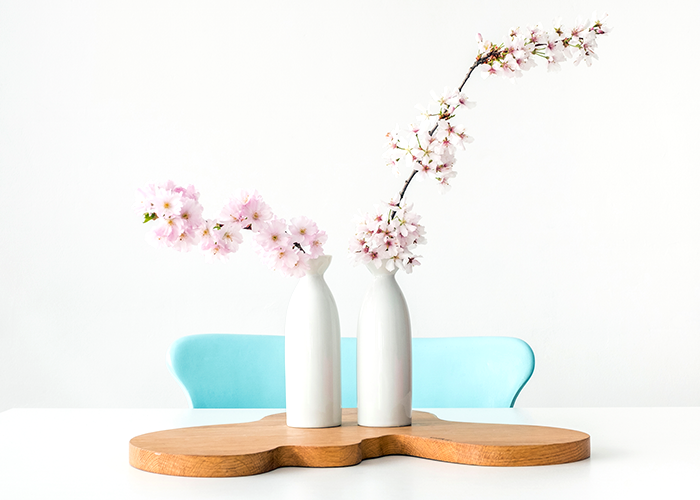 When you’re young, usually around college-age, and not exactly flush with cash, you have to make a lot of decidedly shitty things “work” in the interest of saving money. It is weird, because I am still in college, but I’m actually doing okay financially, and I don’t live in a dorm room or anything, so I probably should have given up that mentality of “eh, it is good enough.”

To be honest, I’m not sure I’ll ever give up that mentality. I’m not really the type who needs the latest gadget, or who is bothered by something being slightly less-than-perfect.

But since I moved out of my parents’ house, I’ve waited on a lot of probably actually quite important purchases, thinking “Eh, I’m not going anywhere, this purchase can wait,” and hoping to keep saving money in the process.

The truth is, if you have the money to spend on something that is sort of necessary (like the items I’m going to list below), but you’re choosing to wait to make the purchase until you have excess money to spend on necessities, you’re probably digging yourself into a weird, immature hole where the only thing worthy of your money is going out with your friends, and not buying household cleaners.

There are a lot of little costs that come with being an adult, and for the past few months, I’ve successfully avoided these ones. But with my graduation less than a month away, I’ve decided to bite the bullet and finally spend money on these five things –- some of which I already own very sucky versions of, and some of which I’ve been completely living without, which is a disgrace.

. And that’s not okay, because a solid portion of our apartment is rug-covered. You might be asking yourself “what does she do when the rug gets stuff all over it?” The answer is nothing. I do nothing. It isn’t super noticeable, because we’re not very messy, and the rugs are patterned so they hide a lot of the mess, but jeeesus, I need a vacuum.

/any sort of mop-related item.

This is equally as embarrassing as the lack of a vacuum, because the portion of our apartment that isn’t rug-covered is tile-covered. You might be asking yourself, “how does this little savage clean this part of her apartment?!” The answer is: with a broom. Which is just barely a passable method of cleaning floors. It works enough that our apartment isn’t disgusting, and definitely looks clean/feels clean under bare feet, but it is most definitely not clean clean. I borrowed my mom’s Swiffer the other day, and opened up the battery pack to find that one of the batteries had exploded and melted to the pack. Traumatized by my near-death from battery acid, I’ve given myself two more weeks to recover, and then I have to buy my own fucking Swiffer.

So, this one I actually do have, but Drew and I bought a coffeemaker together many months back and realized right away that we’d basically gotten a defective one. I’m not sure if we were too lazy to return it, or nervous we’d not be able to return it and have to spend money on an additional one, but it has come to the point where we have to stop “making it work” and get a new one. Just this week, it went from “occasionally leaking a shit-ton of coffee from the bottom” to “filling up with smoke and expelling thick, black coffee sludge from the bottom”. Considering the fact that we often put our coffee pot on the timer to start brewing early in the morning, this coffee pot is actually a huge fire hazard, and I’m sure the “pot full of smoke” would have quickly turned to fire if I wasn’t watching it happen and didn’t swiftly unplug it.

4. Cutting boards that aren’t fragrant from the other side of the kitchen.

I’m trying not to blame myself for this one, because Drew and his hand-me-down cutting boards were basically a package deal. He thinks they’re elegant because they are rustic and wood, but I know the truth: they are old, and full of garlic-scented meat juice. After realizing I could sort of smell them across the kitchen even when I wasn’t holding one in my hand, I secretly went to the store and bought two new ones

to replace two of his four, just to test the waters. He’s actually quite taken with them and seems to be okay with my decision, so I think it is damn near time for me to throw the rest of his away and get a few more clean, new ones.

5. Sheets that are the right size for my bed.

I’m a certified friggin’ adult, so there is really no excuse for the fact that I know my sheets

don’t fit (I’ve even written about it here before), I definitely have the money to replace them, and just refuse to do it because I’d rather spend that $50-or-less on buying drinks or doing other fun stuff that isn’t “buying sheets at Target”. But the bedroom closet is mirrored, so when we wake up, the very first thing we see is the reflection of our bed in the mirror with the sheets pulled allllllll the damn way up, hardly even covering the pillow-top. They pop off most days, meaning I remake the bed multiple times per week. It is just all-around a pretty stupid situation, when I could have just bought a new set of sheets that fit like a regular grown-up would. I promise I’ll do this soon. If I have to hear Morning-Drew grumble “Maaaaarrryyyyy –- our stupid un-fitted sheet came off the bed again,” I may just perish.