5 Easy Steps To Fake Being A Morning Person 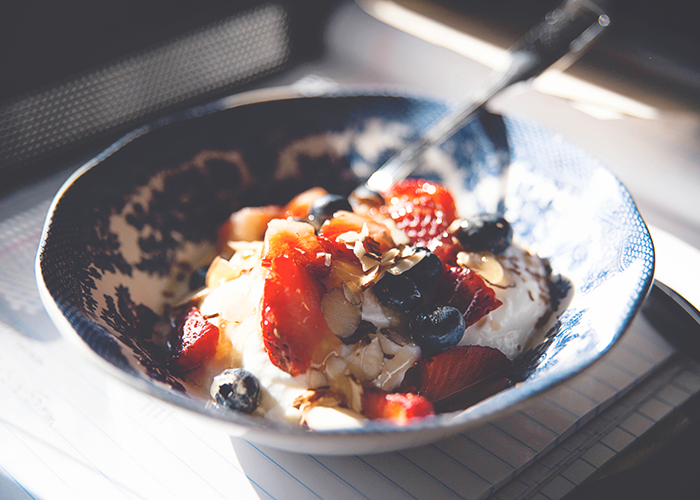 I wake up early. Like, before-5am-early. This used to be out of necessity, because I scheduled most of my classes during my college career as early as possible so I could work in the afternoon and evening, and also have consistently worked side jobs that required me to be at work by 5:30am most days. Even towards the end of high school, I woke up as early as 5:30 most mornings to work out and shower before getting on the bus to school.

With my most recent early-morning job ending, it is something I don’t exactly have to do anymore. But my body is pretty used to it by now, and I tend to wake up on the early side naturally (by 6:30am without an alarm), so I decided to just go with it and continue getting up super-early so I can squeeze some extra hours out of my day.

So, it is safe to say that I am a morning person now. (I know; it sounds so annoying. I’m low-key even annoyed with myself for saying it.)

But when I first started waking up insanely early back in high school, when I was a typical teenager who would’ve rather slept until noon if I had the option, I had to fake it. Eventually, it became second nature, and now it is just the way I am — but that doesn’t mean it wasn’t hard to begin, so I have a lot of tips that helped me along the way.

If you’re a sleepy individual stuck in an unfortunate situation that requires you to be out of bed before the sun rises, this is the five-step process that helped me fake being a morning person until I actually became one.

The second you get out of it. You won’t be tempted to get back in it if it is made. If it is a cold morning, give yourself the promise of something warm to coax you out of it. I slip into my fluffy bathrobe

for the first few minutes of the day so I can still feel warm and cozy as I make my bed and begin to get ready for the day.

Literally the only reason I’m able to get up and moving at 4:30am. The very first thing I do when I hop out of bed is take my vitamins. (They’re gummies, because I’m an actual child and they’re delicious.) Vitamin D

helps ward off my sluggish, terrible mood that I get when the sunlight leaves for the winter, and B-12

helps give me an energy boost before I’ve even poured my coffee.

(Sidebar/disclaimer: I’m not a medical professional, nor am I well-versed on the topic of vitamins. I seriously know nothing about vitamins besides the fact that my boyfriend, who is a medical professional, tells me which ones to take. Maybe do some light Googling on the topic before making any decisions, but to my knowledge, taking two B-12 gummy vitamins in the morning isn’t going to hurt anyone.)

After I take my vitamins (and pour my cup of coffee, which is usually set to brew automatically 15 minutes before I wake up) I like to do yoga.

Moving around can take many forms other than yoga: you can go for a little walk, go to the gym (if that’s your thing, power to you), or even just stretch a little bit.

Doing yoga at 6am sounds annoyingly aspirational, and I don’t want to be the preachy ~girl-boss~ type who says that yoga can make anyone awesome, but I’ve actually been practicing for many years, and it is a really important part of my daily routine. I like to do it before anything else, because it gives me some energy, makes me feel a little dizzy and happy, and also motivates me to shower immediately after because I hate being sweaty. Which leads to step four:

4. Get ready right away.

Especially on a chilly winter morning, it is tempting to stay in your fuzzy pajamas or bathrobe for an hour after rolling out of bed. But I’ve found that the best thing to do is get clothes on ASAP. I put my hair up and put on workout clothes right away so I’m motivated to do the morning yoga, and then I get ready for real post-shower. Aside from the fact that a shower is great at waking your body up, putting on makeup and street clothes is the number one thing that signals my mind that the day has officially started.

This little tip goes all the way back to my childhood. When I was young and hating every minute of elementary school, the only thing that kept me from anxiously vomiting in the morning before heading to school was relaxing with my cereal and watching an episode of Clifford the Big Red Dog. I don’t exactly watch much Clifford these days, but lighting a candle

in the morning and watching an episode of something fun and lighthearted puts me in a good mood and makes it feel less like a stressful “work day”. You could also watch the news I guess, but it isn’t that relaxing these days.

Being a morning person isn’t necessarily about being super productive in the morning, but more about just feeling sane and energized, rather than sluggish and miserable. Enjoying a fun activity like flipping through a magazine or watching an episode of Netflix while sipping my coffee before leaving for work or class or wherever I have to be makes waking up in the morning enjoyable, rather than something I completely dread.