5 Important Career Lessons I Learned From Almost Getting Fired 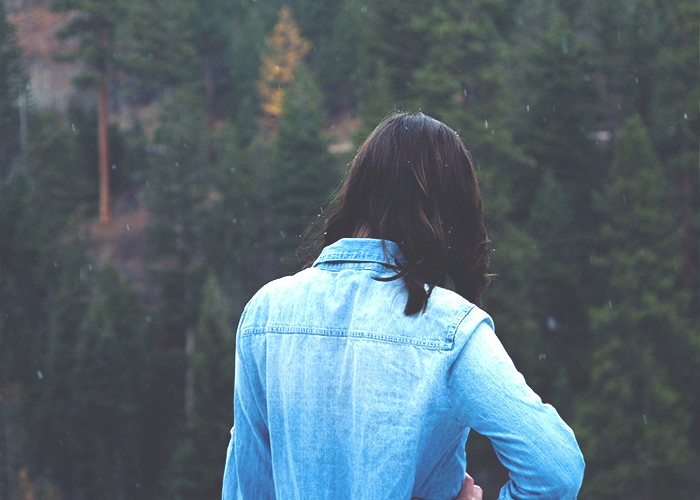 Sometimes your job is shitty, and there’s nothing you can do about it. In May 2015, I got a call two days before graduation asking me if I would be interested in a position with a trade publication. As a soon-to-be graduate with overpowering anxiety about my future, I was prepared to take a job with any company that wanted me, even if it wasn’t the best pay, or the career of my dreams.

This job certainly was not the career of my dreams. Though my goal was always to go into journalism, I was not at all happy with the work I was called to do. I was the assistant editor for a trade publication, a job that I was warned by a mentor of mine not to take. Rather than report on the hard-hitting stories I was interested in, I would be writing black and white press releases about an industry that I didn’t understand and couldn’t bring myself to care about. But, in a state of desperation, eagerness trumped counsel, and, soon enough, I was editing press releases and attending conferences.

After only a few months on the job, it was clear that this was not what I wanted. I wasn’t excited to get up for work every day (or any day), I didn’t appreciate the value of the publication, and I didn’t care much about the quality of my writing and editing. Though this sounds like a textbook case of poor work ethic, the issue was much more nuanced. I had always been a perfectionist with my work, and throughout my life, that maladaptive trait led to self-destructive behaviors that made my work clear, but left my brain fried. No matter how much effort I put into a story, and no matter how many corrections I would make on one document, it was never up to the company’s standards.

I was also in a situation at work where I was under the management of three different people telling me three different things. I felt like I couldn’t win, and I was constantly in trouble with at least one of my superiors. Because of this, I knew every project would end up a failure. Without a clear understanding of how to balance the needs of three different personalities, and little interest in the subject matter, my work suffered, though not for lack of trying.

It wasn’t long until the warning emails and meetings began to take up most of my schedule. Though I would reply to warnings in earnest with step-by-step ways in which I was fixing the problem, I still couldn’t catch a break. My managers weren’t having it, and I was slowly sinking farther and farther down the totem pole. I was no longer congratulated for good work, I wasn’t given the responsibilities I was entitled to when I was hired, and I constantly felt like a child in a company of full-grown adults who didn’t think I was mature enough for the position. I dreaded going into work each morning, because I knew something bad would happen. I’m not someone who tends to think negatively about anything, but this job drove me right down the road of despair. I wasn’t good enough for the company, and I likely never would be.

After less than a year, I knew my job was in jeopardy, so I knew I had to start looking for new work. Through job searching and facing the prospect of losing my job, I these learned five lessons:

1. Always have a savings plan and an emergency fund. When I knew termination was around the corner, I was grateful for a fairly large emergency fund that I began building up right after receiving my first paycheck. I was fortunate because I didn’t have any credit card debt, and, by my lucky stars, my parents were taking care of school payments and loans. I was able to build up a healthy savings account from day one, and I gradually accumulated enough money to cover expenses for a little over six months. While this didn’t make the fear of termination any easier, it certainly helped me feel more optimistic that I would land on my feet financially. Though I knew I would have to build up that safety net again if I experienced an employment gap, I was confident that I would survive without breaking the bank.

2. Have a plan. If you have a hunch that termination is looming over your head, don’t waste any time with applying for jobs. As soon as the bad signs started crossing my path, I began applying for new jobs in my area. I even contacted an old employer and asked if I could return to my former day job while searching for more work. Luckily, the employer agreed, so I had a backup plan if I really was terminated. Though the work wasn’t in line with my career goals, it was a respectable job that gave me something to do while I was looking for other work. If this isn’t a practical option, I suggest finding a restaurant job or a retail job while you apply for more jobs. Freelancing and side hustles are also possible options that can help you build a solid résumé.

3. Don’t check out early. When your job isn’t going well, it’s easy to just give up. Though I never would, I was tempted to say “fuck it” and blow off the work I didn’t like to do. Because I never felt comfortable at the company, it was appealing to be the under-average worker they expected me to be. However, I found that it was more beneficial for me to increase my time in the office and show my strengths at the conclusion of my employment. I was able to show the company that, though they didn’t think I was a good fit, I was still a hard worker with a strong desire to better myself. This meant better recommendations and reviews for my future employers.

4. Prepare to explain yourself. When you quit a job or you’re terminated, potential employers will, no doubt, ask why you left. Termination is much more difficult to explain than quitting. Luckily, I was able to leave the position on my own terms, but I had a running script of how I would explain my employment history to prospective employers if I had been terminated. The most obvious advice for dealing with these questions is to avoid bad-mouthing your previous employer. No one likes someone who runs their mouth off about poor management and places the blame on others instead of owning up to their mistakes. When speaking with potential employers, I was sure to mention that, though the company gave me the resources I needed, my career goals did not align with theirs. I was sure to mention that I did enjoy some portions of my job, but I knew I would be happier on a different path. I explained how my work at my previous job and the feedback I received helped make me a stronger employee. Give your bad luck a positive twist. This will show the interviewer that you’re a team player who is always ready to improve and exceed expectations.

5. Take care of yourself. For weeks before I quit my job, I was stressed out beyond belief and unable to fully take care of my body and my mind. I allowed my thoughts to spiral out of control into thinking that I would never be good enough for any job I took. I stopped exercising, I ate poorly, and I let my relationships suffer because of my negative attitude. When I finally noticed my self-destructive behavior, I changed it immediately. I set aside time throughout the week for myself, and I made sure to make plans with friends after work. Making plans for a cheap spa day at home (hello, Mr. Chardonnay and coconut oil hair mask), or drinks with a friend enables your work brain to turn off completely. Don’t let your misfortunes at work affect the way you live the rest of your life. Don’t let one bad job control your entire life.

*The author prefers to use a pen name to protect her employment history.