5 Mistakes I Made While Looking For A Job While Employed 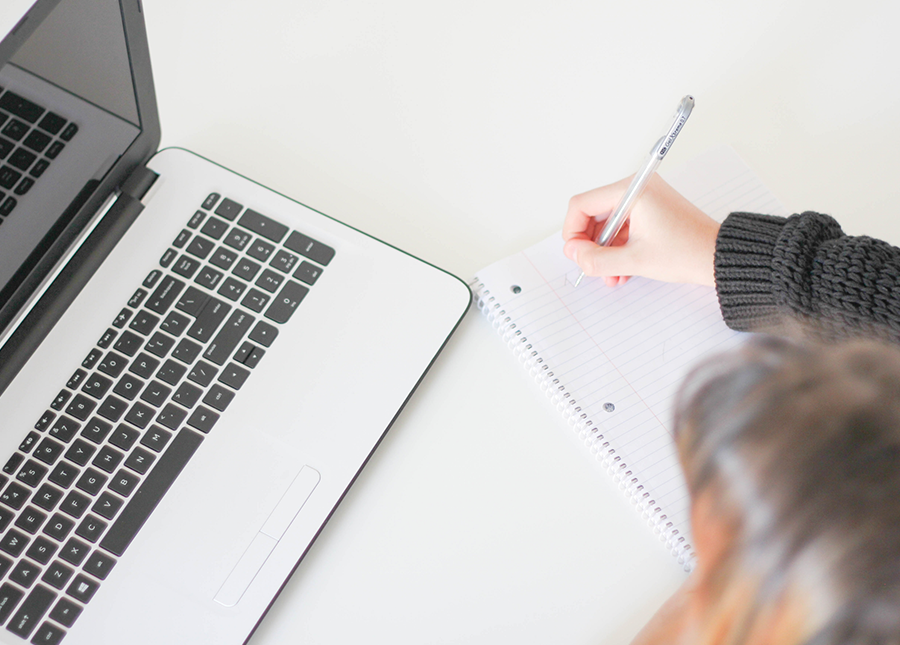 When you’re unemployed, job hunting has a tendency to become a full-time gig. You dedicate hours to scouring job boards for your dream position (or just something that pays). You write cover letter after cover letter until the words on your electronic page start to blur together. You send emails and set drinks with anyone you know who has ever been employed…anywhere.

Then one day, after sending out your hundredth follow-up email and downing your thousandth cup of coffee, you get called in for an interview. And that interview leads to a job offer. And suddenly, you’ve been in the same job for two years, and realize it’s time to move on.

Earlier this summer, I left my first post-college full-time job as an assistant at a top talent agency for a new position in publishing. The first job was good to me — I made a lot of connections, I got to work in an industry I’m passionate about, and the environment was fast-paced and exciting. After a year, though, I didn’t quite see a future for myself at the agency, and knew I was ready for my next move. I figured I’d have a new position lined up in a matter of weeks. I ended up leaving a year later.

I wasn’t prepared for the precarious process that is looking for a new job when you’re already employed. I knew the desperate scramble of the unemployed job search all too well from my post-college days, but having a full-time gig made things a little more complicated. Being young and foolish and still relatively new to the professional world, I naturally made some mistakes along the way.

1. Telling my boss that I was looking for a new job.

I started out my job search by violating the cardinal rule of job hunting while employed. The day I realized I was ready to move on from my job, I marched into my boss’s office and let him know that I was looking. I saw it as a preemptive strike — I was applying for a position at a production company that occasionally worked with our clients. Since my would-be manager had a relationship with my then boss, I worried that he might bring up my interview on a random phone call down the line. I figured the best way to prevent that third-party shock was to be as transparent as possible with my boss.

It could’ve been a lot worse — he could’ve fired me right then and there. Luckily, he understood where I was coming from and was as supportive as he could be given the circumstances. However, I do think that conversation changed how he saw me over the following months, and eventually hastened my departure. There are exceptions to this rule, of course. If you’re in a contract job or internship with a set end date or if you’re facing upcoming layoffs, your boss may be able to help you lock down your next gig. But if they’re expecting you to be around forever, don’t shatter that illusion until you absolutely have to.

2. Talking about my interviews with co-workers.

I was incredibly lucky to work at a company where many of the other assistants were around my age and in the same boat life and career-wise. I considered (and still consider) many of my co-workers from my previous job to be my friends. I just hadn’t learned how to walk that line between things to share with work friends and things to share with other friends. Since I’m not particularly good at keeping secrets (especially when they pertain to my accomplishments), I made the mistake of openly talking about my interviews and progress with my co-workers. This led my co-workers to anticipate my departure, which made things a little awkward when it took me a few months to find a new position. And there was always that uncomfortable (and frankly, embarrassing) moment when I had to admit that an opportunity didn’t pan out. Thankfully, my work friends were supportive of my search, but I’ve since learned to keep things a bit closer to the chest.

3. Neglecting side projects and hobbies.

The job hunt can be a black hole for your attention if you let it — it’ll suck you in, never to be heard from again. This is true even if you’re already employed. I spent every free moment I had writing cover letters and scouring LinkedIn and secret Facebook groups for the perfect position. As a result, my non job-related writing kind of fell to the wayside. Drafts went untouched for months and my blog started to gather dust. I realize now that staying active in my creative outlets throughout the job search would’ve helped me in the long run. Employers want to know that you have interests and a life outside of your 9 to 5, that they’re hiring a human and not a worker bot. Keeping up with my writing would’ve kept that work at the forefront of my mind, and may have helped me stand out in my interviews.

4. Focusing too much on applications and not enough on networking.

Success in the entertainment industry is so closely tied to who you know. It’s an exclusive club, and someone has to vouch for you before they let you past the velvet ropes. Having worked at a talent agency, I had a fair amount of connections when I started looking for a new job, but I was reluctant to rely on people I vaguely knew. I thought my cover letter and resume would speak for themselves, and I could get in the door on talent alone. While the strength of my resume got me plenty of interviews, I realize now that I should’ve spent more time nursing those connections into real relationships. People can’t vouch for your talents if they don’t really know you. I’m an introvert, so reaching out to folks to have coffee and “pick their brains” is always a struggle. I did find the few “networking dates” I went on during the process to be immensely helpful, though. Did they all lead to job offers? No. But it helped to hear about the reality of working for a company I admired, or in a position I wanted, from someone who had been there.

5. Not taking the time to consider what I really wanted.

I’m a bit…impulsive by nature. This has lead to plenty of fun, spontaneous adventures throughout my life, but some things require a little more consideration. As soon as I realized I wanted a new job, I was kind of off and running. I applied for anything that caught my attention (and for which I was qualified), and didn’t take quite as much time to consider what I really wanted out of my next job. Since I was already employed and making enough money to support myself, I could take my time with the process and really think about my next move before I started applying. Instead, I just started making it rain resumes.

In the end, I did find a job that was right for me, and I’m very happy in my new position. I don’t regret any of the choices I made during my last job search, but when the time comes for me to start hunting again, I’m definitely going to take these lessons into account, whether or not I’m employed at the time. It’s a jungle out there — what doesn’t kill you makes you a better hunter.

Charlotte Dow writes, sings, and hangs out in theatres in New York City. She blogs at asuitcasefullofpens.com and tweets at @charlotteatepie.