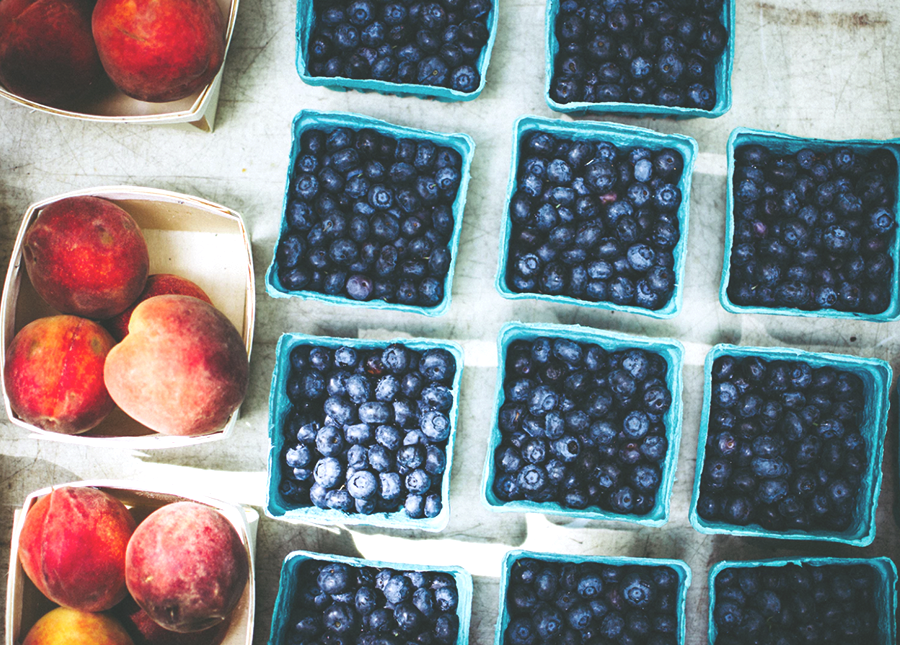 This past December, I was determined to finally make some positive changes to better both my wallet and my waistline. Previously, I had adopted various diets in an attempt to shake off the extra padding I had been carrying since college. And unfortunately, zero of these attempts worked out well for me. Between veganism, Atkins, and Whole 30, there was only one thing I hadn’t tried: Weight Watchers.
Initially, I signed up because they were running a coupon special for the holidays (and your girl LOVES a half-off deal), but also because I was genuinely curious to see if their programs were any different than what I’d already tried. Plus, something about their glorious, Oprah-centric commercials enticed me. For instance, in one particular ad, she’s so excited about the program she’s throwing a party!
Wow, I thought. Maybe it really is easy.
[Narrator voice] Ahem…As it turns out, it was not.
At its core, Weight Watchers is portion control in disguise, which is essentially the equivalent of keeping a budget. Neither of those things is impossible, but I’ll be damned if anyone tells me it’s like the party Oprah’s selling. The reality is most positive change involves some sacrifice, primarily in the form of telling your emotional impulses to calm the eff down.
How do I say no to Starbucks’ peppermint hot chocolate when it’s the holidays? I can just run it off later, right?
For once, everyone I know is in town, so I’ll make an exception and increase my going-out budget for tonight. I’ll just readjust for it later. Right?

It didn’t make sense. I had all the tools I needed to accomplish what I wanted — a goal, a strategy, apps, countless resources/recipe books, but it still wasn’t smooth sailing. That was because the last tool I needed was me. I was caught up in hoping the program would one day start working for me, and completely overlooked how I needed to be the one putting in the work in if I wanted things to change. So despite many failures during the first few weeks, I stuck with it.
Today, I’m five pounds closer to my goal weight. Maybe the results aren’t as dramatic or showing as quickly as I wanted, but the bottom line is they’re still results. There’s no question — I feel much better about where I am today than where I was eight weeks ago. And with every week that passes on WW, I’ve discovered the simple-yet-profound impact changing your mindset has on both your health and finances. Ultimately, I think that’s what makes this program vastly different from any other diet I’ve followed. It’s taught me that developing a positive relationship with food is more about mindfulness than it is about arbitrary rules and restrictions — and the same holds true for my finances.
And at the risk of sounding like a Dr. Oz episode or another Weight Watchers commercial (I swear, I’m not sponsored), here are some of the most significant lessons I’ve learned since joining the program, and how they’re helping me become better with money.
1. Like calories, all dollars are not equal.
Weight Watchers doesn’t explicitly tell people what they can’t have on their program, so they use a points system instead of calories. You’re given a budget of how many points you can consume per day. Some things, like vegetables, are worth 0, and others, like Nutella, are worth more than I am willing to report. The idea is that it encourages people to make healthier choices that will change their habits long-term. Because while you can certainly become thin by restricting your calorie intake (in the same way cutting spending, in general, will help you save), a person will feel vastly different eating 300 calories in vegetables versus 300 calories from a single chocolate bar.
I’ve learned the same is true when it comes to money. A $1 bill may be a dollar on paper, but whether it is invested or spent something disposable affects its value — and it’s different for every person. For some, a dollar put toward travel is more valuable than a dollar toward a new car. For others, a dollar in an investment account holds more weight than both of those things.
2. No matter what, people are going to have an opinion about what you do.
Since I’ve been a WW member, I’ve been subject to commentary from friends and family members about how I am perfectly healthy the way I am and don’t need to lose weight. Similarly, ever since I began the transition to a budget-friendly lifestyle, I’ve had friends offer well-intentioned, though unsolicited, advice for my financial situation.  I’ve heard many different comments:
“You don’t need to be so hardcore with your budget if you just work for uber on the weekends.”
“How about you just sell your car?”
“Hey, I stopped wearing makeup, you should try it, it’s saving me tons!”
The reality is that most people in your circle say these things out of love (unless they’re a frenemy, but let’s hope that’s not the case). But as much as I appreciate my friends with diamond-cut abs and $100,000 salaries offering their advice, most of the time what they believe is right for me isn’t what I know is right for me. And that’s completely okay. Being on WW has taught me to be confident with my choices and learn I don’t have to justify anything to anyone. Now, instead of caving into my friends’ suggestions like I would have in the past, I’ve decided to adopt two strategies for responding to my well-meaning friends:
“Thank you for saying that, but I personally would feel better if I lost these last few pounds.”
“Thank you for the tips, I’m glad that ____ works for you, but I don’t think it’s right for me. I appreciate you.”
Remember, there is no sense in being discouraged or upset with what others think because ultimately, what matters is how you want your life to be.
3. If you cheat, the only person that gets hurt is you.
This was the most difficult lesson to learn — how to hold myself accountable. During my first week of WW, I foolishly didn’t count all of my points. If there was an extra teaspoon of sugar in my coffee, I told myself it probably didn’t make that much of a difference.
But it did. It was only when I started tracking everything to as close to 100% accuracy as possible that I was able to assess where I was over-eating and be honest with myself about the sacrifices I needed to make to see results. And the same is true for sticking to a budget. A lot of times, I gave myself a pass to swipe my credit card when I knew I didn’t have enough to cover the balance for the month because the amount was so small. Every time I did it, I felt like a child who was hiding something, sneaking that extra cookie from the jar. But there was no parent to scold me for my actions.
The only person affected by my decisions is me, and that’s one of the most significant things I’ve had to grapple with since starting the program. Because ultimately, every dollar does matter. In the same way one little teaspoon of sugar turns into two, or three, one $5.00 fast-food run when you’re tired can easily turn into a toxic habit that’s hard to break.

4. Sometimes you have to spend a little to earn more.
I’m currently paying $20 a month for my Weight Watchers program — which sounds outrageous. However, studies have suggested there is a greater chance you’ll stick to your goals when you’ve invested money in them, mostly because wasting money feels terrible. Will I become a WW Lifer? Probably not. But given that it’s the only program I’ve joined where I feel great about the way I look and feel is all the proof I need that it’s helping me retain healthier habits.
Similarly, with money, sometimes you DO have to spend some money to earn more money, and that’s okay. In some cases, that means something small like the monthly fee on a savings account, or a fee to talk to a licensed professional about your finances (especially your taxes). I pay Digit $2.99 per month to save my money unconsciously, and I’ve never regretted it once. And until certain habits, like not reaching for food when I’m not hungry, become a routine, I plan on sticking with the program. I know there are probably people who are adamantly against this kind of spending, thinking you can become dependent on that crutch, but sometimes, I think it’s worth it to pay for that extra push.
5. There are no quick fixes.
If you restrict yourself to eating nothing but oatmeal and protein smoothies for two months, sure, you’ll save money. You will probably even lose some weight, too, but is this something you’re willing to do for life?
Probably not. When January came, I Googled, “side hustles that make a LOT of money” in a desperate attempt to compensate for the overspending spiral I fell into during the holidays. At the same time, I tried to cut ALL bread from my diet, hoping it would put me back on track with Weight Watchers and propel me toward my #bodygoals. Unfortunately, none of the high-earning side hustles I found were practical or realistic for the life I currently lead.
And sure, maybe I could do more, like sell some possessions to make up for excess spending, but deep down, I know that’s only a temporary fix to an ongoing problem. It’s like going on a weeklong liquid fast every time I get carried away with sweets. It gets the job done, but it’s definitely not something I’d want to do for life. When it comes to money, there are fast fixes that work for emergency situations, but the key to finding financial freedom is changing habits that work for the long term — not just for now.