5 Simple Ways I’m Utilizing My Freezer To Save Money 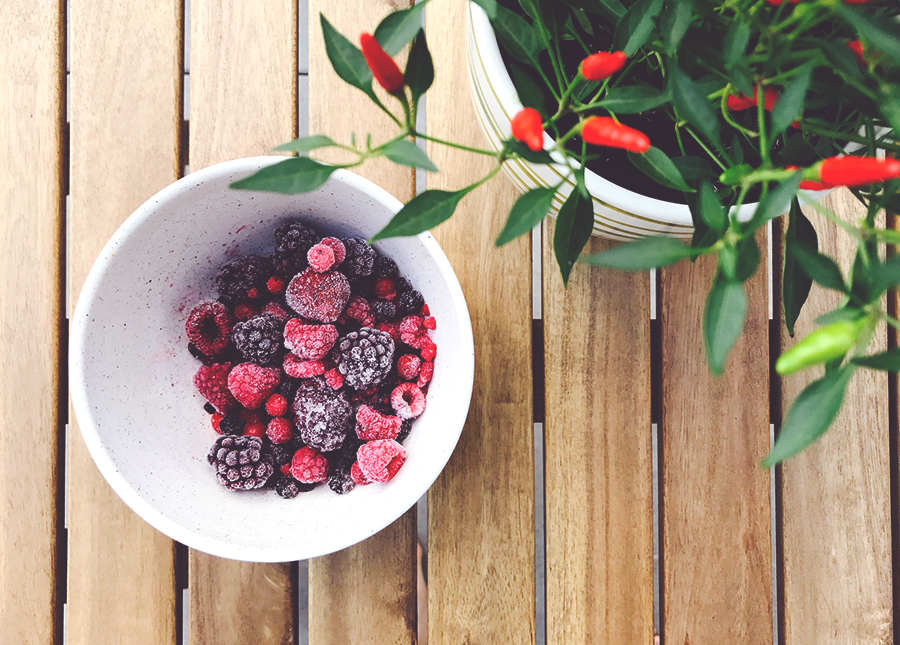 I honestly think freezers are one of the best inventions of the modern age. Besides allowing for the ultra-important storage of ice cream, historically, the ability to freeze and preserve food has been a game-changer. I wholeheartedly embrace this modern ability — and perhaps a bit too much.

Only three months after moving into a new place, I could hardly open my freezer door without something falling on me. If I look back, my freezer situation during university is probably what has made me go so extreme. During my undergrad, I shared a fridge-freezer with two to four roommates at a time. This meant playing what we affectionally dubbed “Freezer Tetris,” a true testament of our problem-solving skills. During my postgrad, I lived alone in a studio apartment equipped with only a small mini-fridge. The built-in freezer could hardly hold a pint of ice cream. So, when I moved into my own place after graduation, a place that came with a full-sized fridge, I suddenly had a whole fridge-freezer to myself. I went a little bananas (both figuratively and literally — the amount of overripe bananas stored in my freezer is alarming).

Once the freezer avalanches began, though, I knew that I needed to change how I was using my freezer. Don’t get me wrong — freezers can be a great resource for saving money, which is probably why mine became so full. I wanted to stock up on easy, freezer prep meals so that I would be less tempted to order in come dinner time. Cooking for one can be expensive, so being able to buy in bulk and freeze extras resulted in savings. Produce that was about to go bad could be frozen to lengthen its shelf life.

On paper, I was doing all the right things to save money, but the result was a frozen stockpile that could last through an apocalypse. I’ve started restructuring my approach to frozen foods. I still think freezing food is a great option to save time and money, but I’m going about it differently. Here are five ways I am turning around my freezer use for the better.

1. Keeping a list of freezer contents on my fridge. Even though a fridge-freezer isn’t that big, I somehow crammed in so much stuff that I was forgetting what I already had. So, I started to keep a running tally of what was in there and kept this list on the front of my fridge. That way, if I was complaining about having nothing to eat, I was confronted by the reality of my options. Or, if I was making up a grocery list, I could easily see what I already had and, therefore, didn’t need to buy. I update this list as I take from the freezer and find that it has been really helping me keep track of what I have and what I actually need.

2. Organize by food type. Back in university, when I was sharing a freezer with four other housemates, we had to organize the freezer efficiently to fit everything in. This meant cramming in items based on their shape or size. Living on my own, I am realizing that it is best to group similar foods together, i.e. all my meat in one section, frozen fruit together in another, etc. This leads to less rooting through trying to find a particular item and allows me to see just how much of that category I have so I don’t overbuy.

3. Shelving. Some freezers have built-in shelving, which is great, but not always enough. Adding extra shelving is simple and makes the space easier to organize. Plate shelves from the Dollar Store can be added to create additional levels, and plastic containers can help keep items from falling over the place. Organization like this is helpful because it means you don’t have to play Jenga every time you want something from the bottom of the pile and makes venturing into the freezer less of a chore. It also helps make organizing by food type easier.

4. Labeling. I’m not just talking about labeling what a food is (although I have been known to play the “guess what unidentifiable frozen food this is” game), but when it was frozen. I used to think that frozen food was good indefinitely, but this obviously isn’t true (hello freezer burn!). While freezing prolongs the use for food, it doesn’t mean it lasts forever. Labeling food with a date allows me to know which food to use up first, and if there is anything I should get rid of. Ideally, I will get to a point where I am systematically eating up food in the right order and can avoid food waste (which is generally the point of freezing food in the first place). I have also started being meticulous about writing instructions for freezer meals, so that I don’t have to play a guessing game every time I make a meal I had previously prepared.

5. Freezing fruit separately before putting it into a storage container. I’m a sucker for smoothies, so I often buy extra on-sale fruit to freeze and use for making them, which saves having to spend more money on pre-packed, pre-sliced frozen fruit. However, more often than not, the fruit I froze becomes an impenetrable block that practically requires a chisel to separate. To remedy this, I started freezing fruit on a baking tray first. I just spread sliced fruit on a parchment paper-lined tray so that the pieces don’t touch. Pop the tray in the freezer, and once they have frozen enough (usually only a couple of hours), transfer them to a storage container. While this may seem more time-consuming initially, I have found that is saves time (and frustration) in the mornings.

My current goal is to eat through the food in my freezer before replenishing it. This is hard for me because I am frugal-as-hell, and when I see something on sale, I stock up. It’s as if I have some weird fear that if I don’t buy something while it is on sale now, it will never go on sale again, and I’ll end up paying full price. But I’ve come to recognize that sales work on a cycle, and discounts will come around again. Buying too much actually resulted in having to throw away freezer-burned food, which is a waste of both food and money. I’m hoping that getting into the habit of using my freezer more methodically will foster better buying and consumption habits.

Plus, revamping my freezer means more space for ice cream, which is the true purpose of the appliance, right?

Emily is a public historian trying to make it work on a budget in Toronto. She loves castles, her Netflix subscription, and buying fancy cheeses. Follow her on Twitter @emilygwiazda.