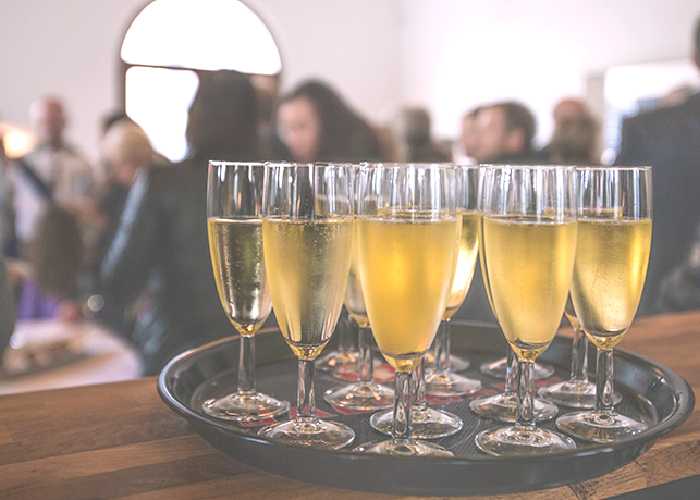 Let’s be honest for a minute: our society does a shitty job of giving its young people a realistic idea of how life will look for them when they leave formal education behind. This is probably at least partially due to the fact that many career veterans are tragically out of touch with the mechanics of the current occupational arena. For people in my parents’ generation, it was relatively common to get an entry-level job and then work your way up the ranks over time, and stay at a company for 20 odd years. What many career vets don’t realize, however, is that, in many cases, the entry-level job has been replaced with “the unpaid internship.” They also probably have very little reason to know that since 1980, U.S. college prices have more than tripled, leaving an unprecedented number of freshly-educated 20-somethings with plenty of drive, a lot of debt dragging us down, and a limited job market.

I am one of the current young job seekers who is paying a lot of loans, and therefore can’t afford to go the unpaid internship route in an area I’m interested in. So, at least temporarily, I’m working a job that keeps the lights on, the internet going, and collections agencies out of my credit history. I’ve worked as a maid, and at countless service industry jobs, and it can get frustrating when a job that was supposed to be temporary starts to drag, and you’re bound to it by student loan payments. Nonetheless, I work diligently and I try to keep these five things in mind when my gigs that pay the rent get me down:

1. Remember that what you do is not necessarily who you are.

Admittedly, I originally learned this lesson on the Disney channel, but I’ve since learned that it applies to multiple aspects of personhood. The thing about jobs that aren’t necessarily challenging you, is that the monotony can begin to become all-consuming. It can start to feel like there isn’t a lot to your day — and therefore your life — besides dreading going to work, working, and then recovering from work when you get home. Add that to a dwindling social life and a growing preoccupation with the apparent happiness of your seemingly more successful classmates, and the self-reflection becomes grim, indeed.  That’s why it’s so important to keep in touch with friends and family who remind you of who you are as a person, not as a post-grad employee. Whether it’s laughing at your grandma as she tries to figure out video chatting software, or sitting down with a mountain of ice cream and a friend, it’s important to remember that your job doesn’t have to be the most important way you contribute to the world.

Sometimes you have to take a job that gnaws on your soul, but that absolutely does not mean that you’re stuck there, even if it feels like it. I always keep my eyes open for more fulfilling opportunities. And until they present themselves, I try to keep my skills sharp and my interests well fed. Just because you’re not in your dream job right now doesn’t mean that you won’t be on your way there in the relatively nearish future. After all, when your number is finally called, you don’t want to be rusty.

3. Nasty bosses are humans too.

Since so many customer service jobs I’ve worked at have involved awful elements (i.e. uniforms, scripts, drone-style work environments, forced smiles and repressed anger/frustration), it’s easy to forget that the dude who is yelling at you about something that isn’t your fault may have something else going on in his life that is making him volatile. Having a manager explode at you, when you’re working your absolute hardest, at a job you hate, is a reminder that they have frustrations in their life too. It doesn’t make the way they’re treating you okay, and that isn’t to say that some people aren’t just jerks, but it’s helpful to remember that not everyone is the worst, even — perhaps, especially — when they seem like it.

4. Dissatisfaction is a great motivator.

Generally, I’m the kind of person who believes that a silver lining is probably just black mold that you haven’t seen up close yet, but I’m begrudgingly beginning to accept that nothing lights a fire under your professional ass quite as thoroughly as the chasm between the job you have and the job you want. The trick is to harness that motivation in as many ways as you can, as often as you can. That may mean sacrificing prime Netflix time to study up, or it may mean using your work breaks to brainstorm new side projects, but whatever it means, there’s nothing like misery to burn away complacency. Sometimes extra hard work is your only way out, and really, that’s not a bad life lesson to pick up early.

5. There’s something freeing about not caring too much about your job.

In most cases, working a job you’re not emotionally invested in saves you the stress of bringing your work home with you. When I was working my maid job, I appreciated that I was making money, but I wasn’t stressed about getting a promotion. Obviously you’re going to want to do well at whatever it is that you’re doing, because it’s the right thing to do, and because you want good references. But when it comes to enduring the annoyances and grinds of a temporary job, the light at the end of the tunnel is a great comfort. Plus, it ensures that you have a steady income while you take the time to make/revise a strategy to get to where you want to be professionally, in the manner that best fits your situation. In other words, the reliable income of a less-than-perfect-for-you day job enables you to choose the right next step, as opposed to the fastest one.