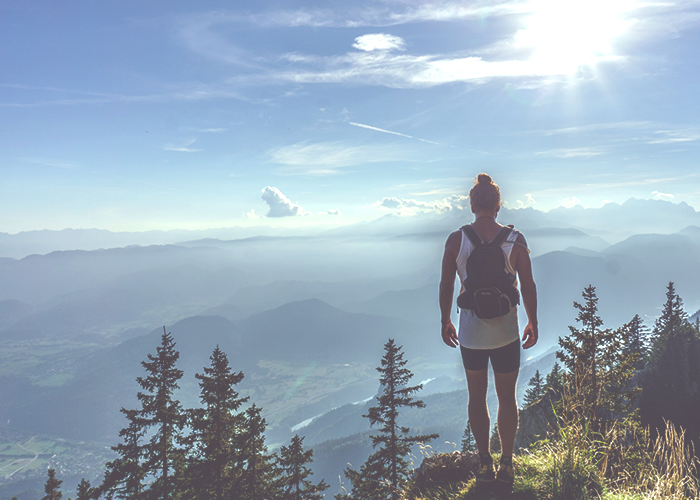 Last year, I did a really dumb thing: I joined a gym. This was probably the worst financial mistake I have made to date, and I’m reminded of it on the 13th of every month.

In early June of 2015, I knew my job situation wasn’t working out, and was planning to quit within the next eight to ten weeks. I had taken the previous year off from school, and planned that at the end of August, I would quit my full-time job, find a part-time job, and go back to school full-time again. I knew that leaving my well-paying full-time job in favor of a part-time one with enough flexibility to work around a full course load would mean taking a huge pay cut. However, I wasn’t really worried about it. Living with my parents meant that I only had a few bills of my own: cell phone, car insurance, very manageable car payment, and a pretty low student loan payment (which would eventually end up stopping once I started classes again.) The only thing that truly worried me was the fact that making less than a third of what I was bringing in before, plus continuing to pay my bills and living expenses would mean that I wouldn’t really be putting much in savings for a bit. During the year I took off from school, I made a habit of putting about half of my weekly pay into my savings account. Before quitting and accepting my part-time job, I calculated that I would probably only be tucking away a spare $30 every month, which I definitely wasn’t thrilled about, but had accepted because I was so excited and ready to go back to school again.

However, somewhere between making my decision to quit my job and go back to school and actually doing it, I found myself in a tiny, claustrophobic cubicle at a chain gym down the street from my house. My best friend and I were talking one day about looking into getting gym memberships, and made the terrible mistake of calling the gym and giving them our names for more information. For literally two months we received phone call after phone call from “Kerry from The Edge!!!” until we finally just gave in and signed our lives away.

In a very brief moment of clarity and transparency I had in that cubicle, I told the sales representative that I truly wasn’t sure I could afford this, and asked if it would be possible to cancel the membership if I quit or otherwise lost my job within the next few months. He said no, the contract can only be broken if you get injured or move away, and you would need documentation of either of those for it to even be considered. That should have been red flag #2, (#1 being the fact that I knew I actually couldn’t afford it already) but as I’m sure you can already tell, I didn’t let that stop me. I signed everywhere they told me to sign, and was given a free t-shirt and a schedule of group classes held at the facility. I left knowing that on that day every month for the next 12 months, I would be $20 poorer — and that isn’t even counting the $40 “maintenance fee” that was taken out of my account twice during my membership. (Why did they need $40 from me to maintain the gym? Isn’t that what the $20/month was for?)

Sure enough, two months later I quit my job, took the insane pay cut, panicked about the fact that my savings was dwindling, and called the gym begging to get out of my contract. Can you guess what they said? Heckity-no baby girl, you signed the contract in seven spots!

So, regretfully, I kept going to the gym every day, trying to make the most of the 20 bucks I dropped on it every month (until maybe two months after that, when I gave up and just stopped going altogether). What can I say? I’m only human. Humans don’t always like the gym.

Regardless, I am here today with a purpose. Today is June 13th, the last day I will be paying for the gym – ever. In celebration of my gym membership finally being over, I have compiled a list of all of the wonderful free (or very, very cheap) activities my friend and I have decided we will be taking up now to exercise (Get it? It is a workout pun!) our newfound freedom from the gym!

1. At-home yoga
We are #blessed that I was actually trained to teach yoga, but really anyone can do it at home. It is easy enough to start with a Google search for some beginner-level poses, or start with a YouTube class. My favorite is this 30-Day Challenge with arguably the most badass yoga teacher alive.

2. Daily neighborhood walks
I am dog-mom to the cutest Boston Terrier/Beagle mix on Planet Earth, and the little nugget loves nothing more than a good old-fashioned neighborhood walk. I get to burn calories while listening to music/podcasts/daydreaming about situations that will literally never happen, she gets to prance around and sniff all the neighborhood dogs who came before her, and we both get to do it all for absolutely free.

4. Hula-hooping
The most fun I’ve had in weeks was a few days ago, lying upside-down on my friend’s couch, slightly inebriated, watching her furiously hula-hoop. Apparently, the weighted ones do incredible things for your shape, and even though they’re not completely free, they’re definitely cheaper (and way more fun) than a gym membership!

5. Pinterest workouts
I talk about Pinterest as if my life is sponsored by them, but I really just love that dang place so much. One of my favorite ways to exercise when I’m feeling too lazy to drive to the gym is to open Pinterest and type in “exercise” and do whatever pops up first. There are so many different workout routines, (like this one I found just today!) tips, and ideas on there that I never get bored. There’s always a new thing to add into the rotation to keep things interesting, and also I can look at cute outfits on Pinterest when I’m done. Double-yas.

I will live to forever regret of the day I decided it was a good idea to sign up for a gym membership. I suppose these can be worth it if you have the money to spare and actually have the willpower to drag your ass there at least once or twice a week. But I had neither of those things, and it ended up being nothing more than a huge waste of money. Now that it is all said and done, I have spent over $300 (three hundred freaking dollars) on a gym membership that I used for maybe 30 out of the 365 days that I had it. I could not be happier that it is finally expiring, and I’m already thinking about all of the amazing things I can do with that extra $20/month I’m going to now have.