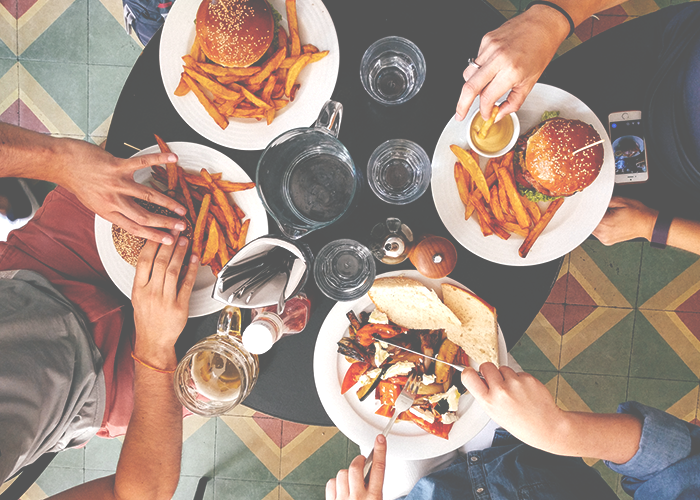 Recently, I came across an article that talked about financially-toxic relationships with your significant other, which got me thinking about financially-toxic friendships. We’ve talked about them on the site before. and to me, I feel that these relationships are harder to shake off. For example, breakups with romantic partners are easier to get rid of because there’s a clean break — the two individuals involved know where they stand. However, friendships are more difficult to “cut off” because they aren’t romantic, and the intimacy is much broader. How can you cut back on the amount of time you see a friend, especially if your social circles are deeply intertwined? It’s much more difficult to end something like a friendship, and when financially-toxic (or even abuse) is involved, it can be really dangerous if there’s hesitation in letting that person/relationship go.

Money-toxic friends tend to put you in situations that encourage you to overspend or strip you of control over your money.

Some examples of financially-toxic behavior include friends, “suggesting pricey group activities that leave you feeling peer pressured, or even giving you a present that’s uncomfortably costly—making you feel obligated to reciprocate with something equally expensive.” Friends are supposed to be support systems from which you draw love, trust, mutual respect, and support. If a friend is compromising the health of your finances it’s a clear indicator that the individual is dragging you down — not building you up.

Another article on generally-toxic friendships identifies a few behaviors to look out for, which will help you discern whether your friend is truly a bad influence. Things like “friendship whiplash,” where things oscillate between great and awful is a sign of an abusive relationship. Also, a friend who betrays your trust, who can’t see their own flaws, and who shames you and makes you feel inferior to them, are all red flags everyone should look out for. In every financially-toxic relationship there’s an aspect of control, and an unhealthy imbalance of power can be dangerous if it allows another person to be manipulative and controlling.

If you find yourself in this kind of toxic relationship, you have two choices: strategize and plan your way out of the relationship, or work through the issues by talking candidly with your friend. Neither option is pleasant, but it’s essential you take action. Start slowly to decide how you want to approach the conversation, list out issues that need resolving, describe how they make you feel, and why the behaviors can no longer continue.

1. “I had a friend that always made me feel like shit because my boyfriend made more money than me, and he paid for me when we would all go out. She would get really upset about it and give me shit for ‘allowing that kind of dynamic.’ When she and I were alone together, she would pressure me into paying for her, or giving her a swipe on the subway, or always making me pay for a round of shots when we were out with mutual friends, etc. She made nasty comments to our mutual friends about my ‘rich’ boyfriend, and couldn’t hide her disdain for me (especially when she was drinking). When it finally dawned on me how abusive she was being, I made the choice to just cut ties with her. Honestly, by that time, I was so hurt and so pissed at her for treating me that way that I had no interest in salvaging our friendship.” –Sasha

2. “[My friend] always insisted we go to expensive restaurants and bars, and for a while, I put up with it because it felt fun. We would go out twice a week and spend nearly $75 every time we went out, which added up REALLY quickly. When I finally realized how little I was saving (read, none at all) I knew I needed to make a change, and fast. I needed to drastically cut out the expensive nights, and of course, it was something my friend did not want to hear. When I brought up to her how stressed out I was about money, all she said was ‘don’t be boring, you only live your twenties once.’ All I thought was ‘yikes, but that doesn’t mean I want to pay for it, financially, for the next decade.’ It was clear she was dragging my financial healthy down, and didn’t think it was a problem. She and I went our separate ways because even though I tried to talk through some of our issues, she wasn’t interested in changing her behavior. In the end, I told her to find a new friend. Harsh, but necessary.” — Ruby

3. “I had a male friend who would love to cross these massive items off his bucket list every summer season. It included a lot of stuff like parasailing, trips to different cities, novelty drinking cruises, and eating out at an expensive new restaurant in town. Needless to say, it all seemed over-the-top to me, and after one summer spent with him, I quickly realized he was being funded by his very wealthy parents. Only certain people could afford to keep up with him, and I was not one of those people. After being mocked for my financial prudence, I came to realize I was much better off without his friendship. See ya” — Laurie

4. “My friend straight-up coerced me into loaning her $2,000 to help her launch her Etsy shop, which eventually soured our relationship pretty badly. When we first met, money was never a tense aspect of our relationship, but it quickly became one. Now that I have the benefit of hindsight, I realize how manipulative she was with money. She made her lack of funds (and as a result, a constant need for a small loan) seem like something out of her control. Elaine (<– name changed) was raised by a single mother and would frequently use the pity card on me whenever she would ask for money, saying she was ‘poor.’ However, she was actually just lazy with holding down jobs, didn’t take side hustles seriously, and was terrible at saving. After a few years of this back-and-forth, I caught onto to her damaging patterns of behavior. The Etsy loan was the straw that broke the camel’s back. She promised me she would pay me back in a month when a check came through that she was waiting for. Turns out, there was no check, and she was lying (she had planned on repaying me after she sold X amount of product). I never saw the money, and the financially-toxic relationship was one I promptly let go of.”  — Margo

5. “I had been friends with this girl I met in college for years, and our relationship was always good. However, when I got a job in the city that paid me really well, she began to act much colder toward me. I think it was really hard for her to see me reaching a place of financially stability when we had always been mutually struggling and broke for years in college. She would make snarky comments, she would try to undermine my successes, and she would be really aggressive about me doing things like going on vacation, or buying myself something new. It got to the point where I had knots in my stomach when we would hang out (which was happening less and less), and eventually we had a long talk about it. We hashed out some of the things we were both feeling, and really tried to get past our issues — we really valued our relationship. It’s a tough transition to grow up and go from college life to adult life, and it always presents challenges. However, we’re in a much better place now, and I was deeply appreciative of her willingness to listen to what I had to say and make a change.” — Chloe

6. “I used to be friends with this girl who I met at work, and we remained friends for a few years after we both left and moved on to different companies. She had always been very outspoken and blunt about things, and my finances were something she didn’t feel were off limits in any way. She wasn’t financially toxic per se, but she was always pressing me about my financial habits, asking how much things in my apartment costed, how much money I made, how much money my husband made, how much I spent on people for different occasions, etc. I’m a private person, and it got to the point where I felt as if I was being interrogated every time I hung out with her. We slowly grew apart, and I stopped seeing her. Yes, I could’ve have an honest and forthright conversation with her, but the thought of it felt exhausting.” — Jane