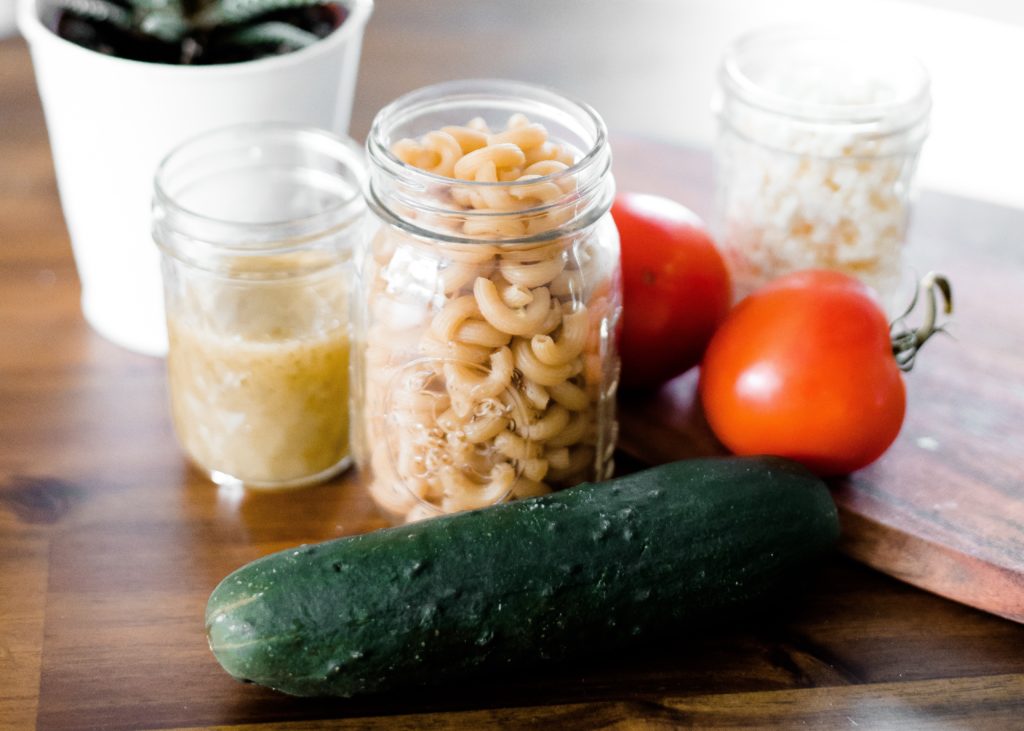 My eldest daughter is 11, and the last few years have been pretty hard on her — we lost my Pop, we lost my Mum, her father and I got divorced, and a year later I moved our family 1,500 kilometers away from the home she had known for most of her life. So when she came home one day ecstatic about the news that her class was being offered the chance to travel to China for two weeks on a school trip, I was thrilled to see her so happy — and determined to make it happen.

As you can imagine, a trip to China is an amazing opportunity, but also one with a big price tag. About $3,100 AUD ($2,129 USD) in total by the time you factored in rush ordering a new Passport and paying for travel insurance. If she was older I could reasonably expect her to work to earn some of the money but she’s too young to work in Australia and she already helps me out a lot with her sister so aside from the usual household chores to earn spending money the expense had to be mine. While it’s perfectly fine to say no to a class trip that’s far from mandatory (only about 10 kids are going from her school) for me personally I didn’t want money to be the reason she missed out on this trip.

It’s worth mentioning I was already trying to save up for my own overseas trip to London, my new partner and I are planning on going in January when the girls visit their Dad. So my priorities at this point where: (1) Send Chrissy to China but (2) Try not to my partner (or myself) down by pulling out of our planned trip. How realistic would it be to do both?

I had some savings – but I’ll be honest my savings took a hit from all the costs associated with moving us and re-establishing ourselves after the divorce. The cost of getting divorced is another story for another time and I don’t regret the breakup or the move at all but it was expensive.

I had about $1,500 AUD ($1,030 USD) on hand that I could spare but I still needed to find the other $1,600 AUD ($1,100 USD). And it wasn’t just the China trip prompting me to think about rethinking my finances — we were looking at moving into a bigger place and the prospect of a bigger bond and higher weekly rent were intimidating to say the least. At the time of writing, we’ve decided to stay put for the time being but we do want know we can afford to move down the track and it would be even better if it was into our own place.

So how could I change my spending habits and cut back on my expenses? Unfortunately, my phone’s on a contract and our home internet is already the cheapest plan available. We have definitely cut back on how often we go out and how we spend when we do but our biggest variable expense that isn’t going away is food so something had to be done to reduce our spending without making us permanently hangry or miserable because food is a huge part of how we experience life and it has to be nourishing and enriching, and dare I say “fun” without being a constant course of anxiety whether that be over kilojoules consumed or dollars spent.

I’m mildly lactose intolerant and I’d definitely become guilty of giving in to the allure of gourmet dairy-free frozen desserts as an after work pick me up had become a bad habit. If I’m honest this saved me at least $80 a fortnight though it’s hard to admit I was spending that much on desserts. Of course, we still love ice-cream and occasionally we do still treat ourselves but not as often as we were.

I think we’re all guilty of letting treats become a routine and it’s not good for your wallet or your diet. When we first moved to the city last year the girls would ask to stop for Slurpee on the way home from school almost every day, when the 7/11 near their school closed we missed our afternoon ritual but we also realized how easily we could cope without it. We didn’t really need a Slurpee every day and now if we’re out and about in the city and we see a 7/11 it’s a treat again not a routine that can so easily be taken for granted instead of appreciated for what it is; a delicious cold luxury, some people might find it strange that I’d describe something so cheap and simple as a luxury but it’s all about how you see it.

Traditional Oats are about $1.50 for 1kg. Soaking my oats overnight with some almond milk, cinnamon, and maple syrup means I’m getting a quick and easy breakfast for literally cents.

Of course, I don’t always feel like oats but we almost always have a hot home cooked breakfast on the weekend to avoid the temptations of the many alluring cafes nearby. There are also days when I’m perfectly happy to practice intermittent fasting and wait to skip breakfast entirely – I tend to overeat and it’s easier to cut out breakfast than my mid-morning snack.

3. Keeping a Loaf of Bread at Work

I love toast, so keeping a $4.50 loaf of gluten-free bread at work makes a big difference to my weekly spend on food. If I do skip breakfast at home I can make toast at work later and its cheaper and healthier than grabbing a chocolate muffin or other “convenience” foods.  When I get sick of bread I take gluten-free wraps instead, it’s so easy to make quesadilla’s in the communal sandwich grill that it’s actually less time consuming than popping out to buy something. Keeping a bag of grated cheese in the fridge at work is another small spend that pays off big time because you don’t have to worry about forgetting to take it with you.

One of the best pieces of advice for reducing your grocery shopping TFD’s Chelsea’s rule of only taking 2 reusable bags and stop when they’re full. This has easily cut my snack spend by $20 a week. The extras just don’t fit.

5. One Month without Takeaway Pizza and Sushi

I used to order home delivered pizza almost every time I had to leave the kids with a babysitter, part of it was guilt and wanting to make sure they had “fun” and partly because it was super convenient to not have to prepare food. Sushi was our go-to convenience food for nights when I got home from work late. We appreciate both of these treats so much more now we’re having the less often.

In general hot lunches are far more expensive in Australian schools than most American schools so packing your own is usually a lot cheaper, but you need to be organized and keep an eye on processed foods. Last year we were packing way too many processed items for convenience so I did increase my spend in hot lunches earlier this year to decrease my grocery spend but before we knew it we were spending $60-80 a week on hot lunches for two kids. After we found out about the China trip things had to change and honestly, the kids haven’t complained. I started freezing sandwiches and muffins and it’s made a huge difference, no more throwing out leftover bread and we cut back on the processed “extras.” My general formula for Monday-Thursday is: frozen sandwich (vegemite), an apple, a mandarin, a chocolate muffin, and ONE processed bar or treat (like a Le-Snack or rice crackers). Both girls like baby carrots so we might swap out the apple or the mandarin for a carrot or two depending on what’s in the fridge. On Friday they get a hot item for lunch (usually $5 per kid) plus the usual fruit/carrots and a muffin or processed snack. Because I’m freezing the muffins a batch of 12 will more than cover the week and only costs about $2 to make! That’s cheaper than most processed treats even when they’re on special (and in general I never pay full price for those). I’m easily saving another $10 because we always tended to go through extras because the temptation was there to have them as afterschool snacks as well.

I’ve always been a fan cooking in bulk and freezing so we’re not tempted to grab convenience foods after work but like a lot of good habits, I had started to let this one slide. I work full time so pulling a meal out of the freezer before I go to work means I’m committed to having that for dinner when we get home. Bulk cooking lets you take advantage of great specials so you’re not paying full price for meat or produce reducing your per serving costs and it cuts down on clean-up which is such a big part of the stress of running a household while working.

Having at least one meat-free night a week and making an effort to try new soups and other budget meals as kept us from getting bored and because I’ve always been less of a carnivore than my partner it’s been a great bonding activity. He never would have discovered the joys of baked teriyaki tofu without me! My kids, unfortunately, aren’t sold on the tofu but my eldest hasn’t even noticed when her nachos are topped with pureed lentils and beans instead of more traditional taco mince.

Revisiting classics like Red Wine Beef Stew and Chilli Beef with Beans has reminded me how much I enjoy these simple, easy meals. My favorite Indian take out is Butter Chicken Curry with rice and it’s so easy to make a big batch and freeze so “fake out” is our new take out. Our food budget has dropped by at least $50 a week even though I still always buy lean meats. I look at having a freezer stash as a great way to get a little vacation from cooking and still know my family is getting healthy, home-cooked meals.

Cutting our spending by over $200 a week is not just paying for my daughter to go to China, but it’s giving us more breathing room in our budget. I plan to spend $200 less but sometimes it’s closer to $300 or even more, to help us stick to these changes we do need to give ourselves permission to spend more now and then but when there are bigger savings to be had we make them. When I found out the grade 4 camp for my younger daughter was going to be $350 I was able to make that payment as well even though I hadn’t realized how expensive it would be. And my trip to London? It is definitely an achievable goal, though I’m also working on rebuilding my emergency fund.

Kacey works full time in education while raising two girls and a kitten named Luke. She loves traveling, cooking, and playing Dungeons and Dragons, though not all at the same time. She lives in Melbourne, Australia. Follow on Instagram @eatpurplay.