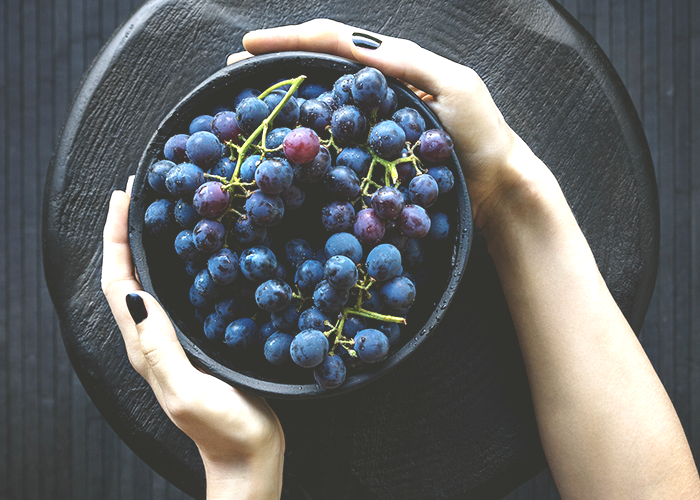 In case you missed it, there’s hard evidence supporting the fact — not claim, not theory, not “alternative fact” — that global warming is real. I used to think you could liken it to a looming term paper or project deadline, with the notion that you should really prepare for climate change and move towards eco-friendly living in advance. But that analogy doesn’t work, because global warming is ongoing; it is current and modern and happening in the present tense, whereas essays and projects (thankfully) have a finite end date. In that sense, we can’t procrastinate on saving the planet — it’s already being hurt.

While it’s an overwhelming thought — wow, save the Earth? Isn’t that Captain Planet’s job? — there are plenty of “baby steps” we can take to lead us to more eco-friendly living. The point of baby steps (as taught to me via a 90s Bill Murray comedy

) is not to dramatically overhaul your life; it’s to start small. After all, large, sudden lifestyle changes can be unsustainable. It’s not surprising that New Year’s resolutions don’t last beyond the first few months of the new year, especially when they are overly-ambitious vows that ask a whole lot of one human. Instead, small changes can pave the way for easing into larger lifestyle modifications — and it doesn’t hurt that some of these changes can even positively impact your savings.

1. Bring your own mug and utensils to work.

I spent a large part of my first year with my current company opting to use the paper cups and plastic, single-use cutlery available in our office kitchen. Pretty awful considering I had more than enough silverware at home. It was hardly an inconvenience to bring in a plate, set of utensils, and mug

, and after doing so, there was an unexpected perk that having these items somehow made my cubicle seem homier. (Time to move in a few pillows and blankets now.) The need to wash and rinse these reusable items after eating is a good excuse to get out of my hunchback pose at my desk, but it’s mostly comforting to be contributing less to our monstrous plastic waste problem.

Bringing your own meal to work instead of ordering takeout means fewer of those Styrofoam containers and plastic silverware that come with your neatly packaged order. Like bringing in your own utensils, good ole multi-use containers

Okay, this is an odd one, but for how many people is it an utmost necessity to sip a drink through a straw? I can understand those who lack the physical means to drink directly from a cup and therefore rely on a straw. However, outside of cases of necessity, plastic straws are given out regularly at restaurants, and contribute tremendously to plastic waste, especially since about 500 million are used daily in the U.S. If given the choice, pass on using a straw, and drink from your cup the old-fashioned way.

4. Use dish cloths and rags.

I still own and use paper towels, though I use far less than I would otherwise by keeping a set of dish cloths

on hand to clean my kitchen. Similarly, I repurpose old T-shirts from high school and college to use as rags for wiping down bigger messes around my apartment. Given the carbon emissions of paper towel production, paper towels are not particularly eco-friendly; unlike them, rags and dish cloths can be washed and reused.

5. Invest in a reusable water bottle

Disposable water bottles not only add up in cost over time, but they don’t often even end up getting recycled. Compare this to a nice durable water bottle that you can use over and over again. But how to refill?! For those who abhor the U.S.’s tap water, a filter

can do wonders. And on a related note for coffeeholics, it’s not a bad idea to get a thermos

In keeping with the baby steps philosophy for eco-friendly living, rethinking transportation doesn’t mean selling your vehicle and leading a solely on-foot existence. Whether it’s to work, the gym, or to see a friend, think about carpooling, or opt for public transportation once a week or a few times a month. If circumstances allow, walking or biking is even better — both eco-friendly and heart-healthy.

I know, I know — beef patties and bacon are the lifeblood of many. But reducing meat consumption is not the same as a complete elimination of meat from your favorite food groups (no objections to those choosing to go full vegan, of course). Again, baby steps. Eating less meat can be as simple as designating one or two (or more) days of the week as meat-free (e.g. “Meatless Monday”), or perhaps even shifting more focus to eating meats that produce fewer emissions (e.g. chicken and pork instead of beef and lamb). With the help of familiar faces like James Cameron and Arnold Schwarzenegger, the organization Less Meat, Less Heat advocates for a “climatarian diet,” and provides a wealth of information about the environmental impact of livestock agriculture. The savings and health benefits from eating less meat are just additional perks to helping the environment.

It’s not always “go big or go home.” The point of adopting a baby steps approach to environmentalism is to make small-scale but sustainable changes to help protect our one and only Mother Nature. Whether or not you ease into a more eco-friendly living, small habit changes can make a difference. If thousands of people were to adopt a few eco-friendly habits, you could even say we’re making one cumulative leap for the betterment of our environment.

Joyce is a Houston transplant and alumnus of Rice and Fulbright Taiwan. She wishes there were four more hours in a day so she could work more on her website and side projects.