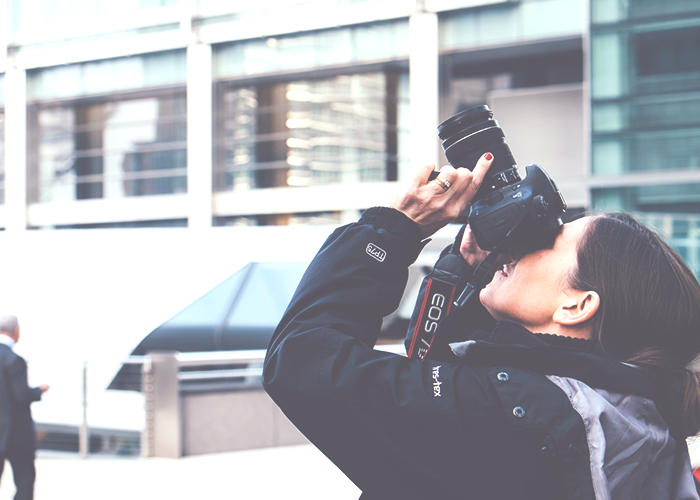 There are too many maxims to count that caution us against neglecting little things, which have the potential to turn into bigger expensive issues before our very eyes. I’ve definitely been guilty of ignoring small problems that turn into big ones, which are expensive and time consuming to remedy. It’s not easy to admit where you totally failed and screwed something up royally, but we’ve all been there. For me, it was missing on booking a super cheap flight because I couldn’t leave at exactly the time I wanted to, and I ended up being forced to book a flight that was nearly three times for expensive because I waited entirely too long to book it.

I rounded up eight twenty-somethings to talk about the mistakes financial mistakes where being cheap ended up costing them big. Take a look below!

1.  “I had what I assumed was a cavity, which I was ignoring because I didn’t want to pay the $100 copay. It was a relatively small price to pay for the assurance that my dental health was up to snuff. However, the tooth ended up getting infected and they ended up having to rip it out along with the infected root. I ended up paying nearly four times what I would have had to originally pay because I ended up having to go to the dentist like four times for check-ups and medications. Stupid mistake.” — Gina

2. “About two years ago when I went to get a car tune up, the guy told me that I needed the timing belt change, which was kind of expensive. I didn’t take care of it then, and thought I could get around to it even though the mechanic told me not to forget about and to come back soon. I ended up experiencing a major engine problem while I was driving to school one day, and it totally busted my engine. I had to end up scraping the car because the repairs would have been insanely high to justify spending on.” — Veronica

3. “I noticed a drip under my sink a little while back, and it would have been a fairly minimal expensive to have a guy come over and look at it to see if anything was majorly wrong. I kind of forgot about it and let it continue to drip for another month or so until I came home one day to my kitchen nearly flooded. The sink had collapsed under the wooden counter top, which has softened as a result of the water continually dripping in the pipe for a few weeks. That shit cost me like $400 to fix in the end, and I wanted to kick myself for being so stupid.” — Nicole

4. “When I bought my iPhone a few months ago, the sales guy asked me if I wanted to buy a tempered glass cover

for it to protect the screen. I balked at spending $30 because I thought it was too much to spend on such a puny looking sliver of plastic covering. Little did I know that roughly thirty minutes later I would walk out of the store on onto the street corner to snap a photo, and the phone was clumsily fall out of my hands from excitement. It fell and cracked on the side walk. I stood there for a solid twenty minutes with my mouth hanging open and I couldn’t believe what I’d done. I bought a new one about a month later when the screen had become so shattered I couldn’t use it anymore. A simple $400 mistake that could have been avoided.” — Alexis

5. “I had a fancy Macbook Pro in college, and I noticed that the wire on the charger was fraying, but I was too lazy to go out and buy a new charger

for it. It would have cost me like $25-$30 max, but I didn’t bother to do it. Instead, I left it the way it was and roughly two months later I spilled a bit of wine on my computer as I was working late one night in my apartment. The exposed wire sparked and blew the fuse my computer was connected to. That was the last time the laptop turned on, and I not only lost the paper I was in the middle of writing (along with everything else), but I also had to buy a new one and spend nearly $2,000 on it. Worst dumb mistake of my life.” — Stephanie

6. “A simple bottle of sunscreen

would have cost like $10, but I was too cheap on vacation when we went to go spend a day at the beach —  I told myself I would stay out of the sun. I ended up failing miserably at it, and getting some of the worst sunburn of my life. I had to visit the free clinic in the small Greek town we were near and I paid about 60 Euro for all the creams, ointments, and pills to help get me through the pain of my sun poisoning. It was so cheap of me and something that reminded me to take care of small issues while you can so you can keep them from becoming bigger issues.” — Paula

7. “I was on a road trip with friends, and the car we were all in was running on about a quarter of a tank of gas because I was too cheap to fill it up at the more expensive gas station we stopped at along the way. We ended up hitting a long patch of highway where there were precious little gas stations in close proximity, and we ended up running out of gas on some random stretch of highway in Arizona. We had to call for a tow truck to the nearest station, which ran us about $200. I was completely to blame, being the driver of the road trip caravan, and my friends haven’t let me forget it until this day. So devastating, but it was a mistake I’ll never make again.” — Valerie

8. “I didn’t pay for traveler’s insurance on the hotel and flight I booked about a year out from a vacation I was planning to go on, and everyone told me it was useless to spend the $70 or so bucks on it. I ended up missing the flight because I fell ill and couldn’t make it, and I ended up having to pay for everything even though I never went on the vacation. I feel like I’m a cautionary tale because this won’t happen to a lot of people, but I don’t think I’ll ever book a trip without having travel insurance

again. Even though I was sick and couldn’t do anything about it, seeing $900 being flushed down the toilet was hella painful.” — Jen