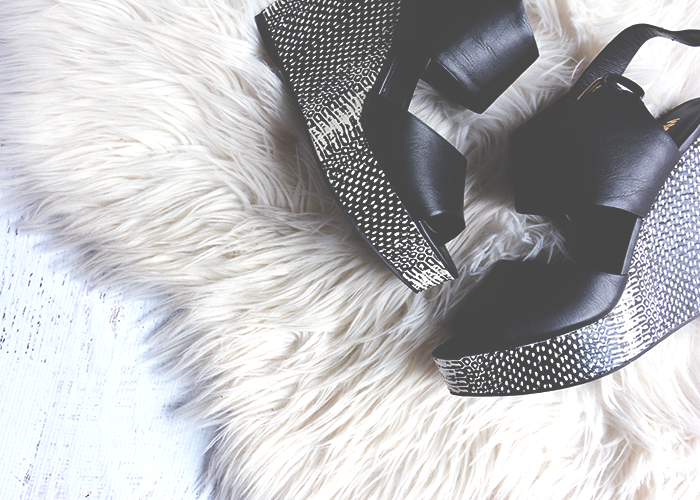 For women, experiencing sexism in the workplace is, unfortunately, not at all uncommon. In fact, according to a study, “well over three quarters of women (or 81 percent) have been victims of sexist jokes at work.” That sexist jokes alone, which is just one small slice of the pie. For anyone who’s watched just a few episodes of Mad Men, it’s clear that we’ve come a long way from the days where men openly commented on the attractiveness and sexual prowess of their female colleges, but it’s not entirely absent from the modern workplace. While I want to imagine (in my idealistic, rose-colored glasses worldview) that we live and work in a society that values women for their intelligence more so than their looks, that’s simply not the case. Research, study, experts, psychologists, hiring managers, and HR personal are just some of the people who have revealed that looks do matter.

Studies reveal that looks (such as hair color, weight, height, body proportions, etc.) affect how much people get paid, what positions they are able to secure, how quickly they get promoted, whether or not they’re fired in their lifetime, among other things. One study even showed that having a certain BMI equaled a higher salary. A Forbes article called Think Looks Don’t Matter? Think Again, interviewed Gordon Patzer, a psychologist from Chicago, and talks about the reason “better looking” people get promoted more often and more quickly. The article says:

Various psychological reasons can answer why we choose to promote better-looking people and keep the rest behind. For ancestral humans, better-looking people were thought to be more productive and fecund, according to Patzer. And, interestingly, able to bring home more food. From a psychological standpoint, Patzer says, ‘people of higher physical attractiveness are more persuasive, which is critical in the workplace.’

It’s kind of crazy to think about this apparent “unconscious prejudice” we have (as Malcom Gladwell calls it in his book Blink), but a lot of women I talk to admit perceiving it themselves in their place of work. I wanted to hear more about what they had to say on the matter, so I talked to eight women about their experiences with looks mattering the office, and how that reality affects their life. Take a look.

1. “I mean, it’s not really a secret or a big surprise to me. I’ve always been acutely aware of how the prettier girls around me all advanced more quickly than I, despite not being as qualified, experienced, or generally as good as me at what they do. I’m being honest here — I’m well aware of what I can offer and the caliber of my skill set versus my peers. I’m actually not bitter about it, it is what it is. I do what I can to make myself look nice for work, to buy nicer clothes, and to put more effort into my grooming overall (i.e. hair, nails, waxing, etc.). Yes, it sucks to have to work so much harder at it than some of the other women around me, but it is what it is.” — Lena

2. “When I began working in the professional world about three years ago, I very quickly learned that my scrubby shoes and bag were not going to cut it in the industry I’m in. They say to ‘dress for the job you want, not the job you have,’ which I always loathed hearing until I actually got into the corporate culture here in the city. Now, I’m like ‘hell yes.’ Preach. I feel like there should be an entire college class that’s focused on like, ‘How To Look Your Best: Corporate Self-Care 101.” Maybe then so many people wouldn’t be incredibly lost when they reflect on why they aren’t getting promoted.” — Elisa

3. “Honestly, I would quit if I found how much looks mattered to some companies/people. It’s not the kind of environment I want to work in, and I know myself well enough to know I could never tolerate that kind of attitude and/or behavior. I hold down three different jobs: working at a bakery, as a nanny, and as a freelance web designer, specifically because I can’t stand the suffocating office culture. I’m not going to spend my life working and being shoved around — emotionally, psychologically, and physically — by a bunch of chauvinistic men in senior management roles who expect me to look and act a certain way. My life is too valuable to be influenced by that nonsense. I’m focused on doing good work in whatever job I’m in, not primping and polishing myself into an oblivion.” — Nadia

4. “I’m a small-business owner at a brick and mortar store, so I have no bosses or supervisors looking over my shoulder. However, it’s MY responsibility to present myself a certain way and to embody the ethos of the brand in my everyday wardrobe at the store. We sell yoga paraphernalia, all-natural beauty products, billowy tops in bright colors, stuff like that. So, it’s important that I also look like someone that people would respect and hold up as being the pillar on which the brand and store is built. Looks matter very much because I’m almost a product that’s being sold to people as they walk in the door — I act as the customer service rep, brand manager, salesperson and driving force behind all the items we sell. LOTS OF PRESSURE!” — Lana

5. “I work at a big bank in a major city, and looks 100% matter. My mentor told me my first to invest in a pair of high quality heels, and to mirror the styles that the older (and more well-paid women) were wearing. Those were the $700 red-bottomed Louboutin shoes. They are a status symbol that you have taste and class and the money to buy them. Even if you’re an entry-level employee, projecting the image of ‘success’ is crucial for people to look at you and think ‘yeah, she should be promoted.’ Obviously, it sounds terrible, I know. But, you have to do what you have to do. I started here making about 80k, and it just comes with the territory of making good money. You gotta play the game, or get out.” — Julia

6. “The first time I realized how much looks mattered, was when I went to one of those Dress For Success seminars in college, which was geared toward women specifically. It was hosted by my on-campus career center, and they were trying to give us the ‘tools needed to succeed in the workforce.’ Part of that training meant a crash course in how short your skirt should be, what an appropriate heel height looked like, what kind of tops to wear during summer (nothing revealing), etc. They really emphasized looking professional, clean, and put-together so that people took you seriously. They were really brutally honest with us, and gave us tough love. They said, the system isn’t perfect, but until it is (or ever is), you’ve got to learn what you can do to make sure your professional skills are taken seriously.” — Lauren

7. “A co-worker of mine pulled me aside, and essentially told me that my hair and eyebrows could ‘use some work.’ It was about two weeks before we were traveling to meet a client, and I was fresh out of school as a 22-year-old sales rep for a cosmetic company. She was very sweet about it, and it helped that we were kind of close, but she explained that we had to look a certain way to represent the brand at the highest possible caliber. My hair was reallllly too long and looked childish, and we were repping a fairly cutting edge product. She suggested I visit the guy that cut her hair, and passed along his card. It turns out she was able to expense the services I got done that day, which ended up being a pretty cool perk. Sometimes, being told looks matter can be worth it I guess.” — Monica

8. “Hah! It’s funny, because I’m a nurse and I actually chose this profession because it allows me to focus on work work and not the superfluous BS that comes with having a job in the corporate world. I knew I really wanted to help people and do the absolute most with the skills I had. I realized early on that the kind of people I respect don’t care about ‘looking the part.’ It’s a super-rewarding career, and I’m really thankful that looks don’t play a huge role.”  — Jamie