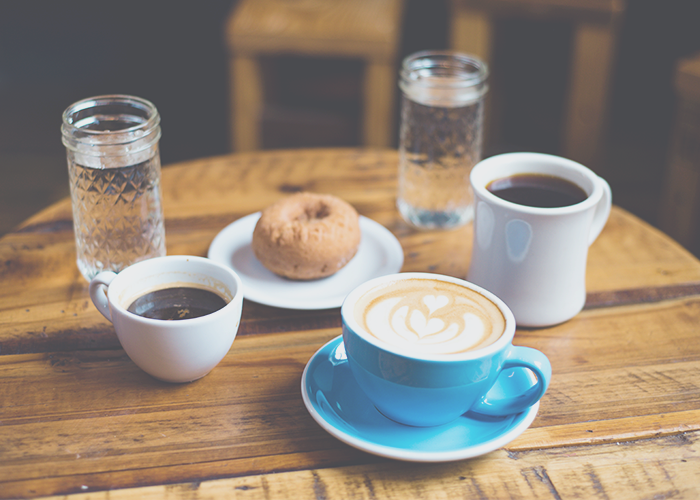 I spent my senior year of college applying to what felt like a million jobs, getting radio silence back, and wondering if my resumés were just disappearing into some bottomless black hole on the internet. Eventually, after a lot of internships and some time abroad, I ended up getting my dream policy job in my field of choice, and after nearly two years of full-time work here, I’ve actually gotten to be on the other side of the table in the hiring process, on multiple occasions. Most recently, I managed the process to hire my replacement, and being on the other side of this process taught me a lot of lessons about the little things that make — or break — an application. While it should be noted that these are entirely based on my personal experience and for this specific field, hopefully some of these tips prove universal no matter what type of job you’re trying to find! Here are eight crucial lessons I learned from hiring my replacement:

1. Proofread, proofread, proofread. It seems like every “how-to-improve-your-application” piece contains this tip. AND YET I received at least 50 applications that I didn’t seriously consider because the materials contained typos, were addressed to the wrong internal division (occasionally the wrong company), or were badly formatted to the point of being illegible. Along the same lines, make sure you’re following instructions! Even if it’s little things like submitting PDFs instead of Word docs, the small things make a difference. Think of your application as the first on-the-job task you need to complete. If you turn in something that makes the hiring committee question your ability to follow instructions and/or question your grammar/writing skills, you can be pretty certain they’ll question your ability to do the job in question.

2. Make your cover letter interesting. There are multiple instances where a candidate isn’t the top of the pile in terms of their qualifications or background, but their cover letter actually grabs my attention by showing they’ve taken the time to look a little deeper into what we do. Don’t just reiterate your resumé in narrative form; tell me why national security piques your interest or why you got interested in the encryption debate from something we wrote. Showing us who you are and why your interests make you a good fit makes it likelier that your application will get a second look. And we can absolutely tell when the letter you’ve sent in is the same generic one that’s gone out to every non-profit in town.

3. The questions you ask in an interview are direct reflections about how much you’ve thought about the job, so make them good! I always ask people things like, “Are you comfortable with working overtime?” because it’s a requirement, and — no surprise — I have yet to meet a candidate who says they are not. But what shows me that people actually mean what they say are the questions they ask about the position. I was frequently really impressed with people who asked me things like how I balanced the demands of the job with applying to grad school or studying for the LSAT, because it showed that they weren’t just agreeing to things for the sake of the interview, but that they were aware of the personal constraints that might actually impact their ability to work overtime, and they were proactive in finding ways to accommodate their personal life while doing well at their job.

4. Be polite and send thank yous to everyone. Especially early in the process, people would frequently mistake me as having an administrative position, and therefore dispense with the formality/basic politeness they’d show my boss. Similarly, when people come in to interview, a big flag was if they acted dismissive or rude to our receptionist, or one of the interns. Don’t make assumptions about who people are, or what their stake in the hiring process is. In every interview I’ve set up with my boss, I’ve been asked for feedback about how that person handled their interactions with me, and I’ve done the same when I’ve asked my interns to coordinate interviews. My dad always told me the real measure of a person isn’t how they treat their superiors, but how they treat those beneath them, and nowhere was this truer than in the job search.

5. Don’t wait to ask for an informational interview. I sought out informational interviews very often as a job-seeker, so in my current job, I try to oblige whenever I can.  That being said, it’s no coincidence that 98% of the requests I get for informational interviews come up two-ish weeks before the deadline for an open job. Not only is it a lot harder for me to accommodate this huge uptick in interest, but oftentimes people will ask during these interviews directly if I can recommend them for the particular job, and that’s not generally something I can do on the basis of one informational interview. If you’re really interested in an organization, don’t wait for a job posting to reach out! Not only are people way likelier to get back to you if it isn’t during a hectic hiring time, but you’ll be more memorable for having reached out and put yourself out there early on.

6. Get a recommendation, but make sure it’s a good one. During this process, I have frequently had colleagues or people I know reach out to me to recommend an applicant. Sometimes, these recommendations are quality, and they help me dredge out great applicants from the bottom of the pool. But sometimes, this goes the wrong way when it becomes clear the recommender has never actually interacted with the applicant in question. For instance, there were several times someone reached out and essentially said, “I don’t know the applicant, but their parent/uncle/sister is a great person, so they probably are too!” It’s fine to leverage your parents’/family members’ network to help in the job search, but if you do so, at least reach out to the recommender and talk to them about why you want the job, or give them a sense of who you are as a person. A hiring committee is way more likely to take a recommendation seriously if the person can vouch for you — not your uncle.

7. Ask for feedback, but don’t be rude. I had multiple candidates reach out to me after receiving a rejection email asking some variant of “what did I do wrong?” And often, I’m happy to respond with quick thoughts. That being said, we also had candidates respond with the assertion that their rejection was a mistake on my part, or otherwise expressed anger/entitlement/general douchebaggery in their emails. Please do not do this. The people running the hiring process are not idiots, and a rude email isn’t likely to change their minds. Also, people talk, so you can bet if you’re rude to one person in the hiring process, they’ll make sure their coworkers take that into consideration for hiring you anywhere else in the company.

8. Don’t let rejections discourage you! I used to take every rejection as a personal failing along the lines of “WHAT DID I DO WRONG??” Until I actually started hiring myself, I didn’t fathom how ridiculously competitive it is to get a job out there. This year, we received hundreds of applications to fill just one spot in my division, and that ultimately meant a lot of really qualified people weren’t hired for the simple reason that there are way more great candidates than positions to be filled. Don’t let rejections discourage you, or impact your self-worth! Keep reaching out to people with cool careers, keep putting yourself out there, keep applying when it seems pointless, because it’s not! Don’t let rejections keep you from putting yourself out there.