9 Tips For Saving Money Without Being Cheap 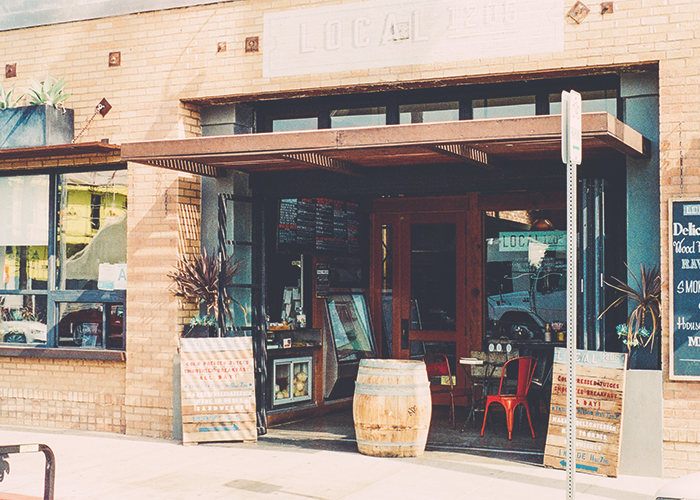 Because there is a big difference between the two, no matter how similar they may seem on the surface. And whether you’re earning six figures or a student’s stipend, you can still live by certain (often unspoken) rules that make you savvy, instead of that person that no one wants to go out with because you’ll start a fight over the bill.

These are those rules.

1. Don’t agree to things you can’t afford. It’s really tempting to say “yes” to things your friends really want you to go to, even if you know you don’t have the money for it. But the primary source of financial stress when a check comes — or lingering resentment after the day is over — is agreeing to things you could not afford in the first place. You have to be open about what you can and cannot do, and if everyone is trying to go to a hip new restaurant that will put you out $75 for dinner and that’s not an option for you, you have to say no. You can’t say yes and then agonize every time someone orders and appetizer for the table, because that’s what makes you look like a cheap asshole.

2. Don’t be a penny pincher with friends. When it comes to good friends, you should not be venmo-ing each other every time someone buys you a two-dollar tea. While people are perfectly allowed to pay you back for whatever they want, it’s just generally a bad vibe to constantly demand every penny from someone you’re close to. Good friends should have a relationship of “your treat, my treat” when it comes to little things, and should honestly find joy in the act of buying one another a round or a coffee or a little gift. And obviously if someone is abusing this, you can stop it, but being afraid of not tracking every cent with a friend just makes you kind of a Scrooge.

3. Invest upfront in the important things (when you can afford it). When it comes to things that you’re going to want to have for more than a season — boots, winter coats, certain furniture, etc — it’s important to not be cheap with yourself if you have the option. For things that are going to cost a lot up-front (but be worth it), following the strategies of “wait for things to go on sale or go to a discount store, and buy high-quality” leads to saving a lot of money over time. We all go from “replacing our shitty everyday bag at least twice a year because the straps break,” to “putting a couple hundred dollars into an actually-quality bag that changes our lives.” And it’s an important life change to go through.

4. Don’t be afraid of turning down an invitation. Part of being frugal, socially, is doing your best to get rid of FOMO. Even if you can technically afford something, saying “yes” to everything generally leads to having little money, or wasting it on things you wish you hadn’t. Even if you can afford to be the belle of the ball four nights a week, no checking account needs to suffer that damage.

5. Start upping your at-home entertaining game. Hand-in-hand with not saying “yes” to everything social is making your house somewhere you actually enjoy spending time. This means investing a little in things like nice drink ingredients, learning to cook some of your favorite take-out or restaurant recipes, and generally accepting that a night in (by oneself or with friends) can feel just as ~special~ as a night on the town. Those people who use their oven as storage and have to run to the liquor store every time they want to have a drink are probably spending about 15x as much as they need to on takeout, social events they don’t even enjoy that much, and “last-minute” runs they pay out the nose for. Domestic Goddesses (and Gods) are frugal in the best way.

6. Don’t squabble over a couple dollars. When it comes to things like dinners out with friends, squabbling over four dollars on a bill because you didn’t share a full 50% of the queso, and you also ordered two drinks instead of three, is just ugly. Don’t be the guy that insists on making the server split the check 18 ways, or gets huffy and passive-aggressive over a couple dollars. Let it roll, and if you are really getting the feeling that a friend is taking advantage of the bill-splitting, have that conversation separately. If it’s really egregious, stop going out with that person. But you and your friends should generally be in a place where you’re able to cover for one another by a few dollars without it getting weird.

7. Wait for sales, and shop discount. Basically a golden rule of frugality is never paying full price for things. Whether that means you live like me, and basically exclusively shop at TJ Maxx and Marshall’s, or you are religious about buying off-season and waiting for things to go on clearance, it’s all effective. It’s just important that you never be the person who gets so caught up in a ~must have~ item that you waste 100 more dollars on it than you would need to if you had a little patience. (And this goes hand-in-hand with not buying ultra-trendy crap, because if something is unwearable after the season in which it was popular, you don’t need to be buying it).

8. Be honest about what you actually need. You’re never going to get ahead of your own finances if you are convinced that you need four of the same jacket, or a blender you never use, or a fur vest that you are way too ashamed to put on in polite society but looked so cool on the Nasty Gal website. Learning to prune your life down into things you actually want, need, and will use — and be honest about what is just a waste of money — means saving your precious money for the things that actually merit it. (I know myself, and that means I will never again buy a bright-purple designer bag. I am not that girl, and never will be.)

9. Treat yo self (within reason). Obviously there are few things more satisfying than TrEaTiNg YoSeLf when you’re having a bad day or worked really hard or whatever. But it’s also really easy to slip from “treating oneself as a form of self-care” and “emotional spending that ultimately damages your finances and doesn’t make you any happier.” Being able to know the difference, and not being cheap with yourself while also prioritizing your financial health — i.e., treating yourself once in a great while for the right reasons, such as celebrating accomplishments — is the right way to go about it. You can be cheap with yourself, too, and while you shouldn’t, you also shouldn’t spend money wildly because it makes you feel good. Spending on “fun things” is like fast food. Everyone’s soul is lifted by those once-in-a-while french fries dipped in a chocolate shake. But made into a habit, and suddenly your whole body feels like poured cement and you’re wondering why you’re tired all the time. In the end, it’s all about balance.