How I Became A Lawyer Without Going To Law School 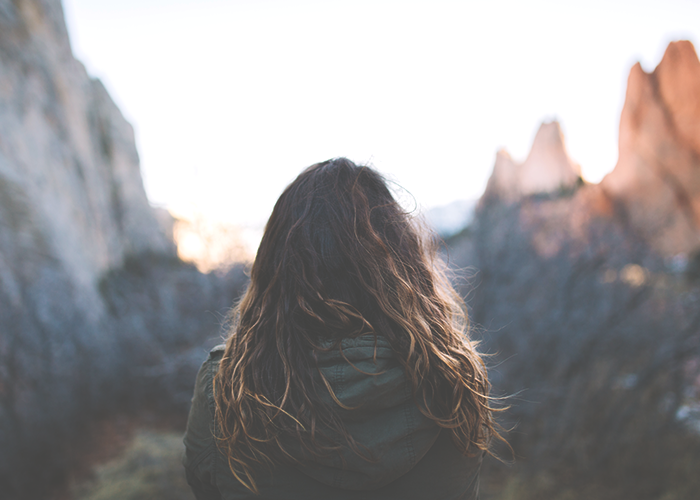 If you’ve ever considered becoming a lawyer but didn’t pursue a law degree through an academic path, well… congrats! You’re not alone. Becoming a lawyer without going to law school is not easy, but then again, nothing worth doing is. And — in my own life — I found that taking the non-academic path to practicing law was easier (and cheaper!) than starting law school from scratch. Before I launch into the specifics, I want to give a little background.

1. Before I Became a Lawyer

When I was younger, becoming a lawyer didn’t really sound like my dream job. I imagined a dream job had to be something creative. I had a lot of smart kids in my class in high school, and most of them went on to study law or finances. I thought they only did it for the money, which kind of made sense, considering what a lawyer earns.  But I believed that following your passion and making a lot of money are entirely incompatible goals. (I was 18, that’s my excuse for thinking that, and I’m going to stick with it.) I even had the nerve to look down on my former high school mates. They had taken the easy way out, in my mind; I, however, was the one sacrificing my financial security for the good of the world. In fact, we were all choosing our degrees based on financial concerns.

When I decided to go to college, I knew I wanted to change the world, but I didn’t know how I was going to do it; I made the decision to get a degree in cultural studies and was preparing for a Ph.D. to start a career of teaching college students about cultural and ethnic diversity. And then, something shifted in a way I had never anticipated or planned for: I didn’t want to pursue my dream job anymore.

2. How I Figured Out I Needed A Change

The first warning sign that I had chosen the wrong path was that I started reading more and more articles about people who had switched careers. Success stories, horror stories, it didn’t matter. After a while, I realized switching careers sounded like an increasingly-appealing option. Even the scarier stories of failure sounded like immensely-valuable learning experiences.

I had become increasingly skeptical about the power of academia. I don’t know how others feel about it, but I was raised to have a kind of mystical respect for teachers. I still do. But, while I was training to become one, I also got the sense that teachers (especially Ph.D.-qualified ones) like being locked up in their Ivory Towers. It seemed to me that these teachers didn’t really care about what was going on in the real world. I don’t want to overgeneralize; I’ve met a lot of great educators along the way who are genuinely passionate about what they do. But I didn’t really feel like I was part of their group, or that I shared their value system.

Maybe it was the influence of my high school peers pursuing law degrees, or maybe I had always wanted to become an attorney and never realized it, but I started considering law as a possible career path. I’m lucky enough to live in one of the few American states (California) that lets you become a lawyer without going to law school; instead, I earned my certification by doing an apprenticeship in a law firm. This path saves you a heck of a lot of money. The cheapest law school in California is about $9,000 a year, and that’s about as cheap as they get. UCDavis, for example, costs around five times as much.

An apprenticeship takes five to six years to complete; just about as much as a law school track. After you’ve completed the internship, you can take the bar exam. My firm paid me minimum wage, so I wasn’t exactly rolling in cash. Still, at least I wasn’t racking up (even more) debt. I also saved a lot of money on study supplies by borrowing books — and even class notes — from my former high school classmates who had attended law schools. I also scoured the internet for every available online journal or publication that offered free resources (JStor is one of the best, but unfortunately, you have to pay a fee for full access). I discovered that many public libraries have a JStor subscription, however. You can also “borrow” a number of articles for free, for two weeks at a time. Between the borrowing and the public library subscriptions, I ended up saving around $5,000 on course materials and such.

4. Why I Think Pursuing A Non-Academic Path Was Better

I laid out some budget estimates to get an idea of how much I saved by not attending a law school. Tuition fees differ quite a lot from university to university; I doubt I would have had the chops to get into a prestigious (and expensive) school like UCLA. Taking these factors into account, my most conservative assessment tells me that I saved around $50,000 per year on housing, insurance, supplies and other expenses. Over the course of five years, those savings add up to $250,000 in total. Yes. I would have paid $250,000 if I had gone to law school in California, and that’s not even adding the cost of tuition, per se.

I think those numbers speak for themselves. But pursuing my law certification also made more comfortable around money. Before going into law, I was one of those idealistic types who thought earning lot of money was bad, somehow. But, in working with a lot of lawyers (and the money in question for trials, etc), I realized that job is just a job. Sure, I’ve seen a lot of those money-oriented attorneys during the past few years, but I also realized that you don’t have to be like them if you don’t want to.

I’m not earning as much as a top lawyer would, but it would be silly to expect that from the very beginning. It’s going to take a while before I can truly fulfill my dream: taking up pro bono cases. And, with the modest earnings I’m currently making, I know that I may never be able to afford opening up my own practice. That said, my non-traditional path (and more modest earnings) are sacrifices for my ideals that I’m genuinely willing to make. I think my career change was worth it, because it still allowed me to fulfill my dream of making a difference in the world. I’m just using different tools to make it happen.

Now, it would be unfair to say that going to law school is pointless. There are definitely a lot of things I’m lacking now, especially when it comes to finding resources and doing research. I also found it more difficult to network in this field, since everyone partnered up with fellow students they met at law school to start their own practices.

But I think coming from the outside made me much more creative. Since I don’t really know the tried and tested methods of doing things, I sometimes stumble upon surprisingly novel ways of solving legal conundrums. I’m also more at ease juggling several different legal domains at a time while picking out the essential information because I learned by doing over the past few years. I genuinely think taking the non-academic path has its own merits (and this is coming from someone who was preparing to invest her whole life in academia) and I’m thankful for my experience, either way.

I think anyone can do good in the world if they set their mind to it. If you don’t feel like making financial sacrifices, then don’t. I opted for the most cost-effective life I could, and I don’t regret it.

Amanda Wilks is a Boston University graduate and a part-time writer, with a great interest in everything related to job-seeking and career-building advice.