How To Capitalize On Your Connections (& How To Alienate Them) 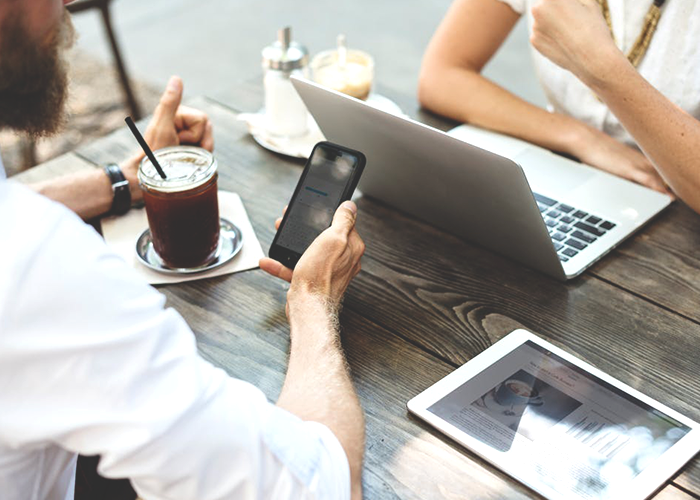 Growing up, I always feared the day my parents warned me about: that sooner or later, my life would hinge not on what I know, but who I know.

It’s a cliché, but one that’s hard to brush off — especially when you graduate just post-recession and find yourself working multiple retail jobs to compensate for your exploitative, unpaid internship. That was my situation to a T: the experience I had in my desired field (journalism) was limited to student stuff, and I had no family in high places to help me get face time in with anyone. No one knew me, and I couldn’t give them a reason to care.

For a long time, relying on “who I knew” felt seedy to me. For one thing, it felt like I was giving in to a rule that I resented in the first place, and I felt like trying to use the few connections I had took away from my actual skills. But I also just worried I didn’t have the right personality for using “connections.” I’m not shy, but I’m also not super extroverted or confident. Speaking to people in positions of power always felt like I was punching above my weight, and I thought if I name-dropped here or there, I’d be slimy.

But when I finally broke into the industry and started developing professionally, I realized that “using connections” didn’t just mean dropping the name of someone you knew and hoping it would work out. In fact, I started thinking of “connections” in terms of the lessons they taught me, not just what position they held at the company.

I wanted to share a few of the lessons I’ve learned about what to do — and what not to do — when trying to get a foot in the door. These aren’t just limited to my industry. In fact, I wanted to share my experiences not just with my full-time job, but also with my work in the arts community, freelancing, and volunteering, all of which can help you develop personally and professionally.

Don’t be afraid to just ask, “How can I get involved?” It’s step one. Thanks to social media, people these days are more accessible than ever. If you want to contribute to a website, start volunteering somewhere or become part of a group and you don’t know where to start, asking someone how will rarely yield negative results. Asking “how do I do this” will not make you look stupid, and it’s better than the alternative, which is…

Don’t tell someone why they need you. If you’ve connected with someone and are talking about joining up, there’s a fine line between developing a symbiotic relationship and simply acting like you’re doing them a favor by helping out. Unless someone is asking a question like “How can you improve our organization?” your backhanded critique of how they run things is probably unsolicited.

Do get face time in and find out how things work. Years ago, when I was at my first magazine job, an old friend who wanted to get into the industry asked me how he could get in with the magazine and start writing for our site. There wasn’t much of a need for his work, but he did ask if he could come into the office and meet some of the team anyway. With permission, I had him come in for a tour as things were winding down one day. He met the publisher, got to see how things ran, and saw what kind of people we had working for us. While the meeting didn’t yield immediate results for him, he found it a big help in eventually getting hired somewhere else, because he had a better idea of where he would fit into the organization.

Do ask for feedback. This is critical. Every time I’ve been rejected, I’ve asked (politely) if the interviewer could give me advice on what I could improve for next time. You shouldn’t expect the dream scenario out of this (that the person will be so impressed by your honesty and integrity that they give you the job anyway), but if the person responds, you can usually guarantee you’ll get some solid advice. When I was first applying for jobs out of school, I got rejected for one I thought was in the bag. When I asked for feedback, I learned of a crucial misstep I made (I hadn’t done enough research on the publication), and I ended up forming a good professional relationship with the editor, who later became a reference.

Do ask your connections what the workflow is like and where gaps are. You want to know about the team you’re looking to join and how you can fit into already-existing processes. Very little will change for you (or because of you), and being able to understand your role will help you tailor any interview responses. Don’t get too fixated on what they think of their co-workers and bosses personally — it may cause you to form unnecessary biases.

Don’t just name-drop and think that does the trick. I used to do this whenever I interviewed at dance studios, and it came across like I was blatantly trying to kiss up. It comes off as especially desperate when you’re working in a community where everyone already knows everyone. You do want to establish a connection (because that person can serve as an easy reference), but do it in a way that shows that you’ve done your homework about policies and processes.