A Complete Guide To Vegan Grocery Shopping On A Budget 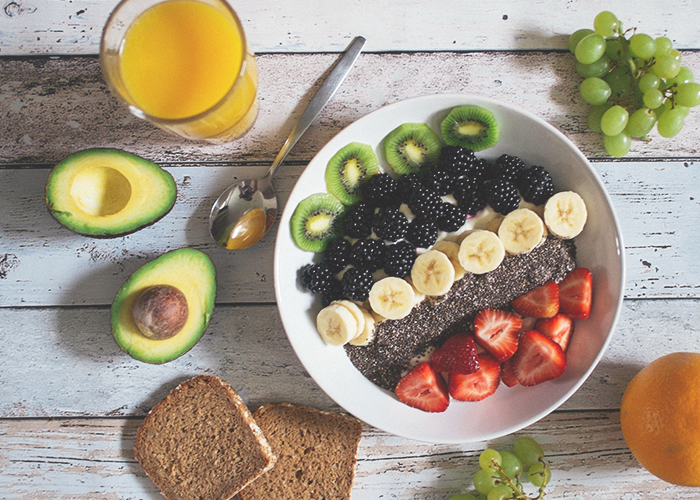 The most common question I’ve been asked about veganism is where to start. The truth is, I transitioned slowly to veganism, so I don’t always have the best advice for people intending to do a heel-faced turn. However, the best generic advice I can give in the realm of “where to start” is to be more focused on not only what kind of groceries you’re buying, but also where buying them.

It started a few years ago when I realized that buying produce and canned staples at the same health food stores where I was buying my protein powder was turning my grocery bills into a nightmare, and that buying nuts and seeds in a sealed bag at the grocery store was sending me back to the store more often than I liked (and creating an unnecessary amount of waste).

So I adopted a strategy: I started buying different things from different types of stores.

These aren’t things I buy every week — we generally buy in as large of quantities as possible for non-perishables so don’t have to replace as often. We mostly buy based off of loose meal plans

for the week and then add a few extras in based on what we tend to eat spontaneously. This also may make it seem like shopping is a big ordeal, heading out to four or five different locations, but in reality, these are usually quick trips on the way home from work or the destination at the end of a weekend walk. Most people wouldn’t recommend the “groceries here and there” approach to shopping. The thing is, it’s about the right “here and there.”

I live within two blocks of both a regular chain grocer and a discount chain (the kind with smaller selections that makes you pay for grocery carts and bag your own stuff). We almost always favor the discount grocer, where we can find pretty much everything we need (including vegan staples like almond milk and tofu), but sometimes we will favor the standard grocery store only if we can’t find a specific item.

I used to buy all of my produce at grocery stores, but once I moved to a location with a produce stand around a corner, I realized that the money saved when I bought my fruits and veggies there really added up. However, in certain seasons it’s not always possible to get all my produce at one of these stands, so I will usually get what I can’t find here at a grocery store.

The main secret to how I’ve been able to keep things cheap as a vegan is how much I shop at bulk stores. I don’t travel to bulk stores often, but most of my pantry is comprised of selections from bulk stores. There are even some things I used to DIY (like granola and tahini) that turned out to be even cheaper when just buying at a bulk store.

In high school, I worked at a dollar store, one that sold a small amount of food. I realized that while some of the food items there weren’t a good deal ($1 for a small box of pasta isn’t a big deal when you can usually get twice that much at a bulk store) but there are still many things you can get at a cheaper price for the same volume.

We’ve been experimenting with balcony gardening for two summers now. While it’s not for everyone, there are some plants that are easier to grow than others (tomatoes and romaine lettuce are ridiculously easy) and there are a few vegetables that are normally so expensive in stores, it’s amazing that a seed packet costs only a couple dollars (like dino kale). Balcony gardening isn’t possible for everybody (but you can still grow a few decent herbs on your windowsill) and during your first summer doing it, depending on how ambitious you are, you might not break even when it comes to buying your seeds

and other supplies. But it gets easier as the seasons go on, and some plants can be kept up all year round if you bring them in at the right time. This is totally optional, but try starting with a few herbs — it’s manageable and fun.

I’m not a big shopper of places like Whole Foods, but occasionally there are things I can get nowhere else — the trick with places like these is not giving into impulse purchases of vegan novelties at these stores.