In Defense Of My Unpaid Internship 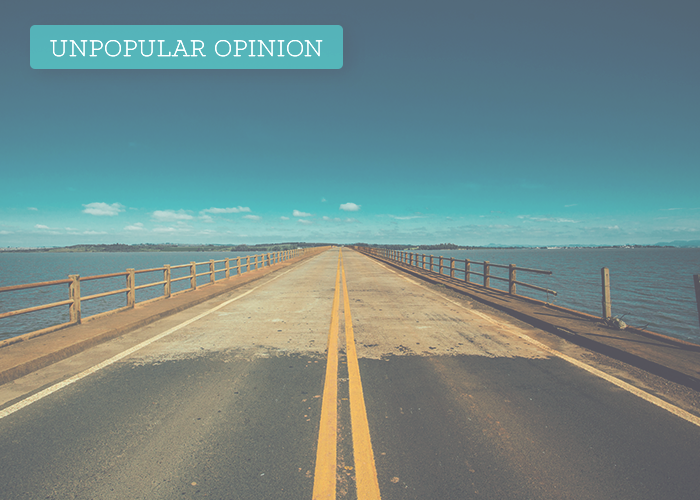 Here’s something about me: Working for free is making me richer.

Okay, richer might be an exaggeration. Alright, exaggeration may be understating it all — I’m about as rich as a college student who goes to a $67,000/year school, who sucks at juggling coffee costs with real-life costs, and is forced to spent $16 on a three-minute eyebrow threading every two weeks because Boston hates me.

And, as you might understand given my current financial predicament, taking on an unpaid internship this summer was not my ideal choice. Comparing myself to my friends who decided to stay in-state for college and score a $35-per-hour internship their first summer home — never a wise move — I scoured internships.com as an eagle-eyed rising sophomore. I found some amazing ventures that focused on entrepreneurship, feminism, and personal finance. I even got some calls back. Every internship made it clear, however, that it was not paid. But not to worry! I could take it for academic credit.

Funny, because Boston University does not let freshman take internships for credit.

Suddenly, the magic around a byline was slightly dimmed by the idea that I’d be spending over 25 dollars each time I went into the city for work. Yes, like so many students looking to pad their razor-thin résumés, I would be paying out of my already-indebted pocket for the privilege of working for someone else. And five commutes a week, for about 14 weeks, means I would spend $1,750 in travel alone.

But when I decided to pursue journalism (and apparently everyone’s got their own personal two cents on why that’s a bad idea), I did so knowing that it was not going to be easy. Like every beginner, I’d face grunt work, and probably would be taken advantage of as a coffee runner (nope, doesn’t just happen in movies). After I got over my ego, I applied to an internship for a website that focuses on local investment.

I got a response from the creator of the website, explaining that we were traveling similar paths: she was Jersey-born and went to Boston for school. A few email exchanges later, I met her in the city for an interview. I don’t think she would mind, but I’ll keep her name confidential because (little did I know when I pressed enter on the application) she is quite the big shot. I found out during the interview that she worked for both Businessweek and the New York Times — tidbits she chose to leave out in her announcement. I was hired as a Fellow after being treated to a latté in Bryant Park.

Summer started about three weeks ago for me, but I already feel richer. From a money sense, since my boss is so flexible and it’s a small company, I only travel into the city about twice a week, and I’ve figured out if I travel in with my dad, that’s only a 5 dollar PATH train each time. Yes I wake up a little early, and, yes, I hang around the Starbucks in Union Square waiting for my dad to finish up, but it’s worth it.

I save a lot of money by eating most of my meals at home, and to make up for the fact that I wouldn’t have an excuse to go to SweetGreen in the city everyday, I made a food Instagram (@eatprayquinoa) to inspire me. Since it’s unpaid, she takes me out for a meal or coffee every time I come into the city, a sweet gesture that has helped our relationship, and my wallet. Also, because most of our meetings are casual, I wear clothes I’d wear to class. I have more time to build up that professional wardrobe instead of mass-buying half of Express.

Most of all, I’ve made a great connection. I am thinking about business journalism for my concentration, so spending the summer covering Maine investment groups, dorm room investment start-ups, and doorman-turned-entrepreneur stories gives eager-eyed Natasha true satisfaction. I get writing, career, and life advice — for free. I get contacts in a field that I’m interested in — for free. Heck, I keep getting LinkedIn connections — for free. And looking at the internship (in which money isn’t changing hands, which used to feel like an enormous disappointment) in terms of what I am getting out of it for free puts into a much better perspective. I’m there to learn, after all.

And most of all, I have learned that my prior outlook — that unpaid internships weren’t real jobs — was completely wrong. It depends entirely on the job, the company, and the people you’re working with. You can be paid $35 an hour doing an internship in an office, inputting data and forwarding calls, and not get out of the experience half of what another person who isn’t being paid is getting.

I’m happy to not making a lot of money this summer, since I’m making so much more. Oh, and the bylines? As magical as ever.

Natasha Mascarenhas is a Boston University undergraduate studying journalism (and apparently everyone’s two cents on why that’s a bad idea). Follow her on Twitter for cold brew, bylines and brownstones.