Ditch The Parsley, & 3 Other Budget Cooking Tips You Haven't Thought Of 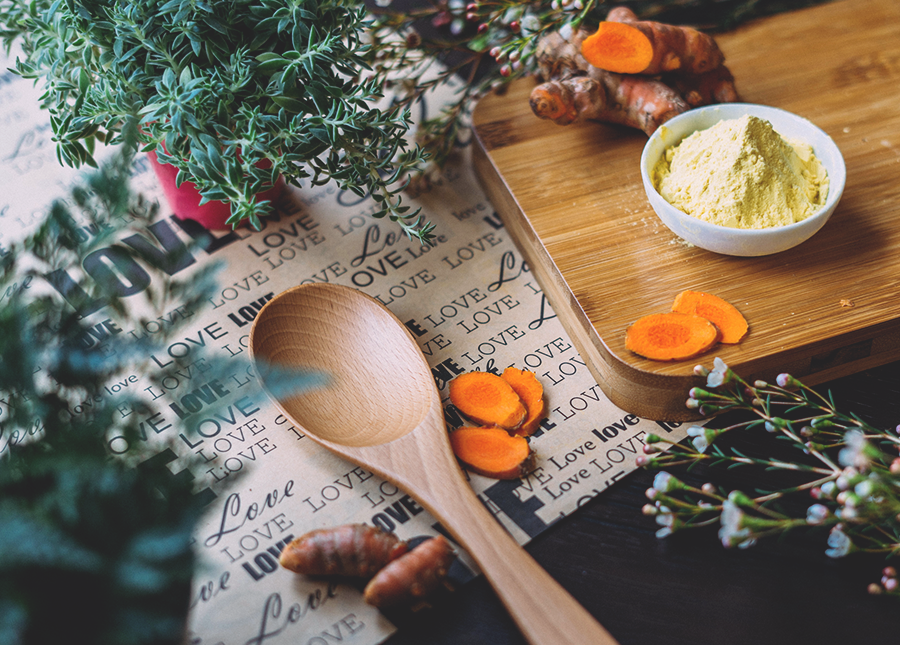 The idea of saving money on meals is not a new idea — though it actually makes me happy to imagine that a hundred years from now, food-savvy folks will still recommend clipping coupons and prepping lunches for the week ahead. Even if you take a dystopian-future worldview, some prophet in the ruins will probably still tell you that your club is a uni-tasker, but a good stick can spear squirrels AND roast them (praise be the Alton in the sky!). The goal and primary methods of budget cooking aren’t going anywhere.
I come from a school of cooking realism, which is to say that my mom fed us solid, filling meals that tasted good, but followed a low-cost pattern. My mom immigrated to the US from France, where they’re very particular about keeping food items separate on their plates. However, in her adopted country, she wholeheartedly embraced a let’s-chop-up-everything-and-mix-it technique that may have been inspired by all the jambalaya we ate when we lived in Louisiana. Our remixed meals weren’t aesthetically pleasing or very meat-heavy, but they ALWAYS had enough starch to satisfy. For my birthday, I would specifically ask for a dish called cheesy rice, which was basically a cylinder of Kraft parmesan dumped into white rice. Suffice to say, I was not counting carbs or calories.
I found this type of food delicious, and still do, but we didn’t have much of a choice back then about what we were eating. I still remember putting Cheerios back on the shelf at the store because my mom flat-out told me how many hours she’d have to work to afford it. Our overarching mindset was: even if it’s not good, it’s got to be good enough. Nowadays, I’m lucky enough to have more financial leeway than my mom had at the time, but I still go out of my way to save dollars on dinner. The following are a few methods of scrimping that have served me well, and should probably be preached by future squirrel-eating prophets.

1. Forget the parsley
While I do generally dislike parsley (what do you bring to the table, parsley? You taste like leaf. Go home.), this is a larger admonishment about garnishes in general. For example, I was recently looking at a Greek chicken soup recipe that listed feta as an ingredient. Feta is definitely The Greek Thing that Greek-ens up any old salad, grain bowl, et cetera, but a few ounces of feta go for nearly $6 in NYC. Luckily, I took the time to read the text of the recipe and discovered a very important distinction: the feta was only a garnish.
People, I do like feta. But garnishes are almost always one of the most expensive items on the recipe list, and I don’t like feta enough to spend money on a corner’s worth of cheese when the remainder will chill indefinitely in my fridge unless I go on a Greek recipe spree. I feel the same way about sprinkling peanuts over pad thai or adding dried apricot to my Moroccan quinoa. Nuts and dried fruits are expensive. Yes, if you are committed to a particular cuisine, it may be worth it to buy the garnish in bulk and use accordingly, but I personally hop around the world with my cooking, so garnishes aren’t worth it to me. And the feta-less Greek chicken soup? It was great.
2. Specialty stores are your friend…mostly
Let me use fish sauce as an example (for all y’all who love pad thai). At your average NYC Food Emporium, a 7 oz. bottle of fish sauce in the international aisle goes for $4.05. Down in Chinatown, on the other hand, I can go to the little Thai market that sells a wine bottle’s worth of fish sauce for a bit over $2 (Squid brand ftw). In college I ate LOTS of rice, and while anything short of Lundberg-brand rice won’t break the bank, I got an amazing deal on Basmati because I bought 25 lb. sacks from an Indian market. In other words, always check out your local ethnic specialty stores to see what kinds of foods/condiments they have on the cheap.
My theory is that their prices are relatively low because what I might consider specialties are their community’s cultural staples, and foods that are a regular, integral part of people’s diets are never priced high for fear of risking revolt (see: bread, French Revolution). In contrast, European specialty stores charge an arm and a leg for ovals of paté and kipper tins, probably because those products don’t get much traffic outside the Fancy Party scene. I’m sure their product quality and import expenses are equally high, but it’s definitely not budget-friendly.

3. Make a melange or trois
I’m being facetious with this title, but there’s nothing fancy about a mix of food. The fact is, sometimes you’ve already spent a lot of money on groceries that week and/or you have to use up the crap in your fridge before it spoils. Cooking with the bottom of the barrel (or the last ounces of buttermilk) doesn’t always lend itself to pretty dishes or recipes you’d write up anytime soon, but the willingness to occasionally sacrifice a great meal for a smart one is essential to budget cooking. To keep it simple, I always have pasta, grains, and eggs on hand so that I can dump X over carbs and crack an egg on it. For tricky items like heavy cream, my general rule of thumb is that I won’t buy more than 2 new ingredients in order to use up 1 lingering ingredient. This rule is a reminder that it’s OK sometimes to let food go gently into that good night. Yes, I could add tomato paste to all my meals until that stupid little can is finally used up, but the truth is I only paid 98 cents for it and I’m more likely to forget its existence in the back of my fridge. To everyone who freezes tomato paste to prolong its lifespan: I am in awe of you and hope to someday learn your tricks.
4. Bring Tupperware

, everywhere
At most mid-to-large workplaces, all-staff or all-department events are fairly regular, and they involve lots of food. Speaking from experience, the assistants who order food for those things are going to aim high, since it’s better to have leftovers than to not have enough to go around. If you, too, have stared in disbelief at mounds of excess burritos about to go to the great trashcan in the sky, I strongly urge you to use a Tupperware to bag yourself some leftovers. Hot tip: if you bring your own lunch from home, you’ll automatically have a container ready to use!
Of course, be aware that this tip skirts a fine line of etiquette. For every one friend who admires you for being bomb-shelter levels of Prepared, there are two people who are going to feel skeeved out that you’re taking food home for later. Those two people could be justified; I personally feel that Tupperwares are for leftovers, so I would never take food if I didn’t feel like everyone had first had their fair share. And I wouldn’t demand leftovers if, say, I were a guest at someone’s dinner party or at a networking event. But the ugly truth is that some people see taking extra food home as a Poor Person thing. It has a touch of need about it, and while it’s “cool” to be thrifty nowadays, it’s never been “cool” to actually, y’know, have no money. Those people side-eyeing your Tupperware probably look the same way at homeless folks on the subway, so don’t hesitate to ignore them. Budget cooking, after all, is deliciously judgement-free.
Carolyn is a four-year NYC resident who still compares every price tag to the ones back home. These contradictions keep her up at night and coming back to read TFD.