Don’t Be Fooled By This New Online Shopping Feature 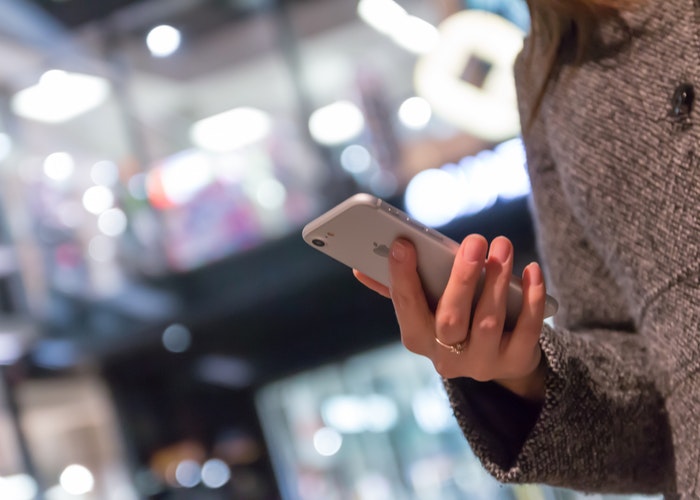 There are now fewer and fewer barriers that make online shopping quick, easy, and seamless. On Instagram, you can shop directly in-app. On Amazon, hit the Buy Now button and all you have to do is wait for a package to hit your doorstep. According to a study by MIQ, U.S. consumers will see an 81% increase in shopping via wearable devices in the next two years and a 131% lift in shopping via voice device.

Perhaps it also makes sense that there are now more options to own things instantly even if you don’t have the money upfront. If you shop online even occasionally, you may have noticed more sites offer payment plan options for items – even ones that might not typically seem like things you finance. Whereas payment plans used to be reserved for big-ticket items like furniture and appliances, it’s easier than ever to finance smaller items, from clothing and makeup to household objects like vacuums, thanks to an increasing number of online lenders that are cropping up.

For example, I could shell out $250 for this duvet cover, but I could also pay it off in four payments of $62.50 thanks to a company called Afterpay. In fact, Afterpay is available on Anthropologie for items as low as $35. Their website tagline? “Shop Now, Pay Later.” They boast no-interest payment plans, although they charge late fees for missed payments. Another company, Affirm, offers its services for all sorts of products, including apparel brands like Adidas and Eddie Bauer. Their interest rates range from 10 to 30 percent.

These are most commonly known as point-of-sale (POS) loans, or sometimes as instant financing. Some of them are run directly by retailers, some through credit card companies and some through third-party fintech companies that partner with retailers. But regardless of what they’re called or who created them, these are nothing new.

“It’s an old trick,” says Shannon Lee Simmons. Simmons is a Certified Financial Planner, the founder of the New School of Finance, and the author of Worry-Free Money: The Guilt-Free Approach to Managing Your Money and Your Life. “There have always been these options,” she tells me. Layaway, after all, first rose to popularity in stores in the mid-20th century, following the Great Depression.

The term “layaway” might conjure up images of waiting in lines with our parents at department stores as they tried to explain to us that in a few months, we’ll have our new TV. But why has the trend resurfaced — and how can it make things financially messy?

POS loans have different models. Many of them claim to charge no interest or no fees as long as you pay on time. But these services wouldn’t exist if they couldn’t make money. In truth, most of the “no interest” offers are promotional offers, or the “no-interest” promise is simply for a short period. According to NerdWallet, some services have an annual interest rate of up to 30% and Affirm told the site the average interest rate for its borrowers is 18%.

Some, like Klarna, have an interest-free period of up to 30 days or offer a line of credit starting at six months. NerdWallet reports that these services typically pay less attention to “traditional data such as your credit score and history” when accepting borrowers.

There’s no wonder retailers like partnering with these types of businesses. They make purchases more accessible to potential customers. If you don’t have a long credit history – or the cleanest – you’re still likely to qualify for these services, since most don’t do full credit checks. In other words, they make it easier for consumers to spend, even if they don’t have the money on hand.

And, Simmons says, because they show up as buttons on purchase pages, there’s not as much of a stigma to use these services as there might have been using layaway options in our parents’ days.

“There’s a new branding about it – people don’t feel the sense of shame they might have felt 15 to 20 years ago,” she says. “It’s not even the same as borrowing on a line of credit – it seems less threatening, it’s on a retail site versus this long, cumbersome process of going to a bank.”

Should you use them?

This option can be particularly appealing for Millennials who have been taught to fear credit cards. That “safe branding” Simmons mentioned is part of why POS loans can seem like a good alternative to using a credit card – which is not the same as having no effect on your credit.

“It is still another account that you’re paying off, which will hit your credit score,” she says. “Your debt-to-income ratio will be affected by that more negatively – and if you miss a payment or go into arrears, there’s more opportunity for that to build… It’s the same as having multiple debts, even if you don’t have multiple credit cards,” And that’s when that feeling of shame can resurface, she says. “On the emotional side of things, that’s extremely stressful.”

Research shows that people are already giving in to that temptation. According to Business Insider Intelligence and Transunion, unsecured personal loans – the kinds not done through a bank – were the fastest-growing type of debt in the U.S. in 2018, rising by 18.8% year-over-year. For context, the next-fastest rising debt type was auto loans, at 1.6%.

Simmons says this likely comes from what she says is a “detachment” from our money. “It’s habitual, ‘I want this now, and I’m going to pay whatever the retailer wants and I’m going to amortize that’ mindset.” And the ease of these loans makes it tempting to keep spending. “I’m not talking about someone who does it one time for a couch,” Simmons adds. “It’s when it starts to build. You get the couch, then you get the TV, then you get the bed, and you look around and you realize how much you financed just to get something instantly.”

If you’re going to use them, do it responsibly.

Simmons says it might be a step too far to impose a personal zero-tolerance policy on POS loans – in the hands of responsible people, they can be relatively harmless. But you have to impose your own set of rules. Step one: You have to know the terms. “You want to make sure you’re treating it as seriously as you would if you were going to the bank, signing for a loan. What is the interest, what happens if you miss a payment?”

The second step is to run the numbers in the long-term. “You want to weigh the pros and cons and see if the interest is cheaper than if you were to finance it yourself on a line of credit – maybe you could do it at 6% versus 9 or 10% through a retailer.”

The third step: Prioritize and leave a little room for flexibility. Simmons says a one-time purchase – like the example of a couch – can be a good opportunity to build your credit if you pay it back within the terms. If you’ve already made a purchase through one of these services, Simmons says you should forgive yourself and try to calm your anxiety. Reduce and limit the number of POS loans you take out in the future, and eliminate the idea of using them for nonessential purchases (like clothing) altogether. If you qualify for a line of credit with a stable, low interest rate, it might be time to look into that option in the future. But in the meantime, Simmons says, one or two POS loans won’t derail your financial future – as long as you’re not taking out multiple loans in a year.

“[Using a POS loan] doesn’t mean that you’re financially not good with money and this is it for life,” says Simmons. “You simply want to make sure that you’re not falling into a pattern.”