Easy Ways To Eat Vegan On A Budget 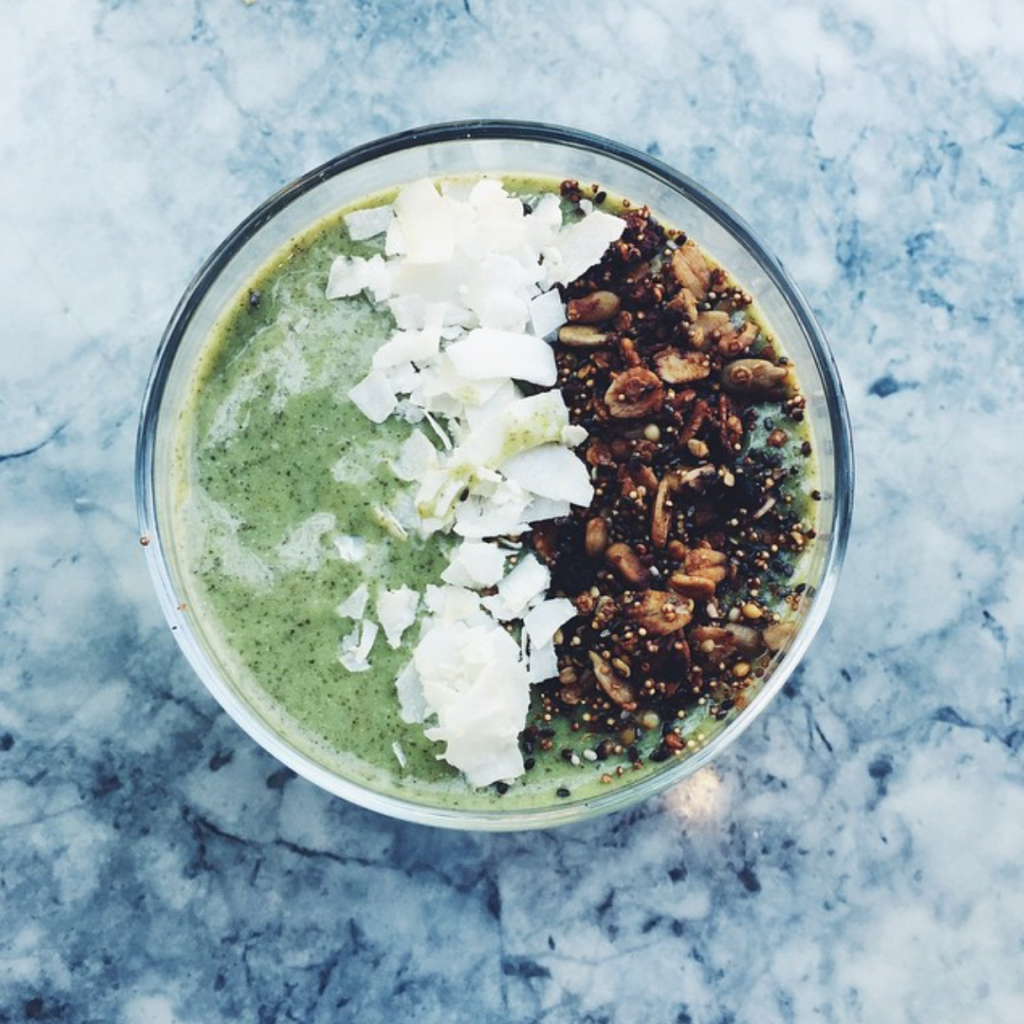 As someone who’s been vegetarian for almost half my life, and plant-based for more than a year now, there are two questions I am constantly being asked: A, where do you get your protein from? and B, isn’t it expensive?

The first question is something so commonly asked that it almost feels like a joke at this point (for the record, your answer is here and the second is that it’s often cheaper to buy only plant-based foods. Meat is expensive. Hell, growing meat is expensive. And while that’s not to say that you should just toss all your pork chops and take up the PETA flag (seriously, I would like to think I’m the least vegan-y vegan I know, and won’t begrudge you your bacon), throwing a vegetarian meal into your food rotation every once in a while can cut costs and make you feel like you’re being healthy. Do it right, and you can even shop at Whole Foods without blowing your budget every time. I promise.

Buy frozen. Unless the food doesn’t freeze well (think tomatoes, avocadoes, or really, anything that isn’t offered in your grocery’s freezer section) or there is a preparation method that requires you to use fresh produce, there really is no reason why you can’t load up on vegetables that have been prepped, washed, bagged, and frozen. They retain most of their nutritional value in the process, you’re not paying astronomically more when something is out of season, and you don’t have to worry about finishing something before it goes bad. Not needing to throw away fruits and vegetables just because they’ve expired before you could use them can save you a load of money with each shopping trip.

Make those frozen vegetables the base of every meal. Plate things on top of broccoli or spinach, or tap into your inner basic and load it on top of kale. Adding vegetables to recipes is often a really easy way to stretch both portion sizes and the number of portions themselves, so you could cook once and make it last all week. (In the winter, I like to mix a can of chili with lots of broccoli, both to make it healthier, and because when was the last time anyone was ever satisfied by the serving amount listed on a can of chili? Never, that’s when.) 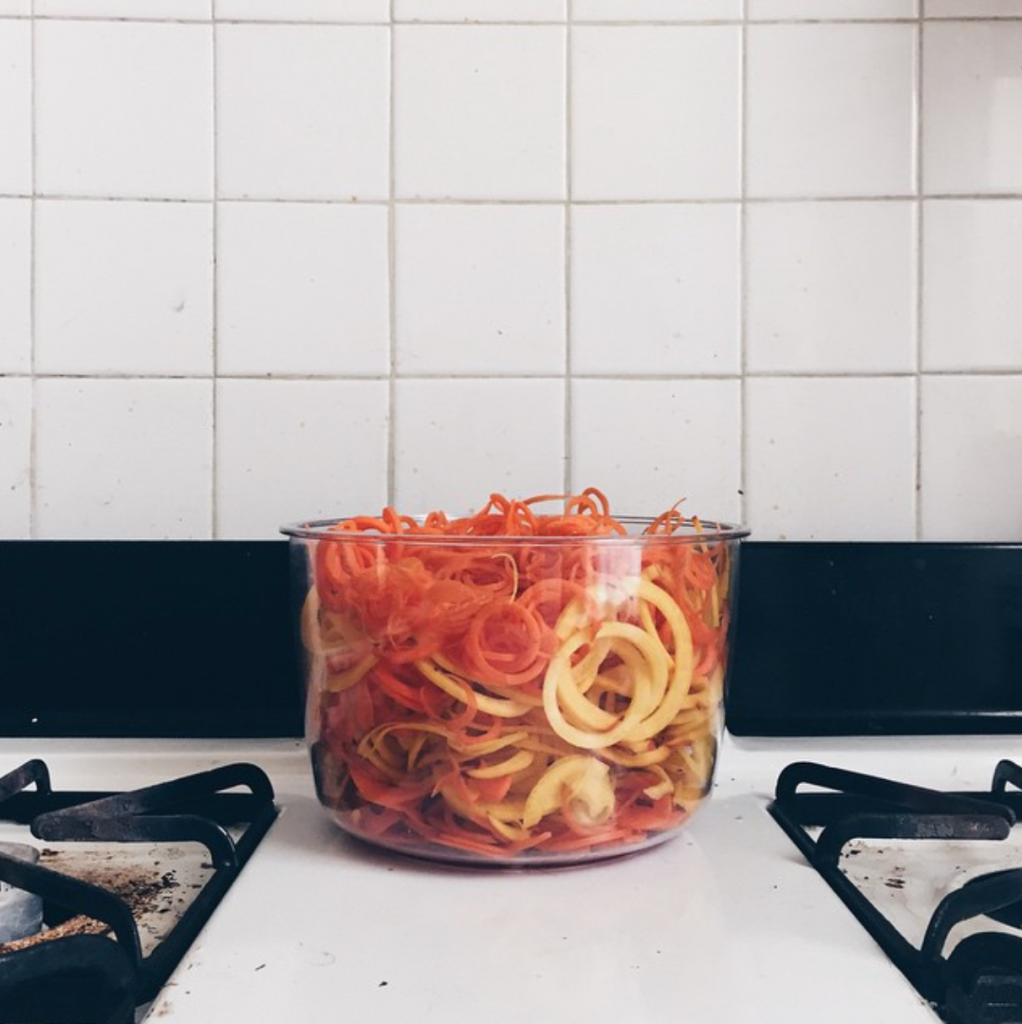 Avoid mock meat. You don’t need veggie burgers and chick’n strips to be a proper vegetarian. Really. (And fake cheese is usually just sad and gross.) If you miss the flavor of those foods, by all means, have them, but they’re typically made from a lot of processed soy product and aren’t that great for you. Also, they’re really, really expensive for their serving size. You’re better off using beans, tempeh, and seitan, which are all more filling for their price, and leaving the soy dogs for special occasions. (Or make your own bean patties, which won’t taste anything like hamburger meat, but still taste really good. This one only takes 10 ingredients.)

Buy the store brand when you can. Look, I’m not going to say that you need to buy Whole Foods’ brand of chocolate creme cookies when Oreos are clearly superior (and yes, they’re both vegan) but within reason, aim for the house stuff. Staples like canned goods and grains are often just as good as something with a fancier label. Trader Joe’s almost sells their label exclusively if you need proof that sometimes having five brands yell at you to buy their kind of pasta sauce is really overwhelming. 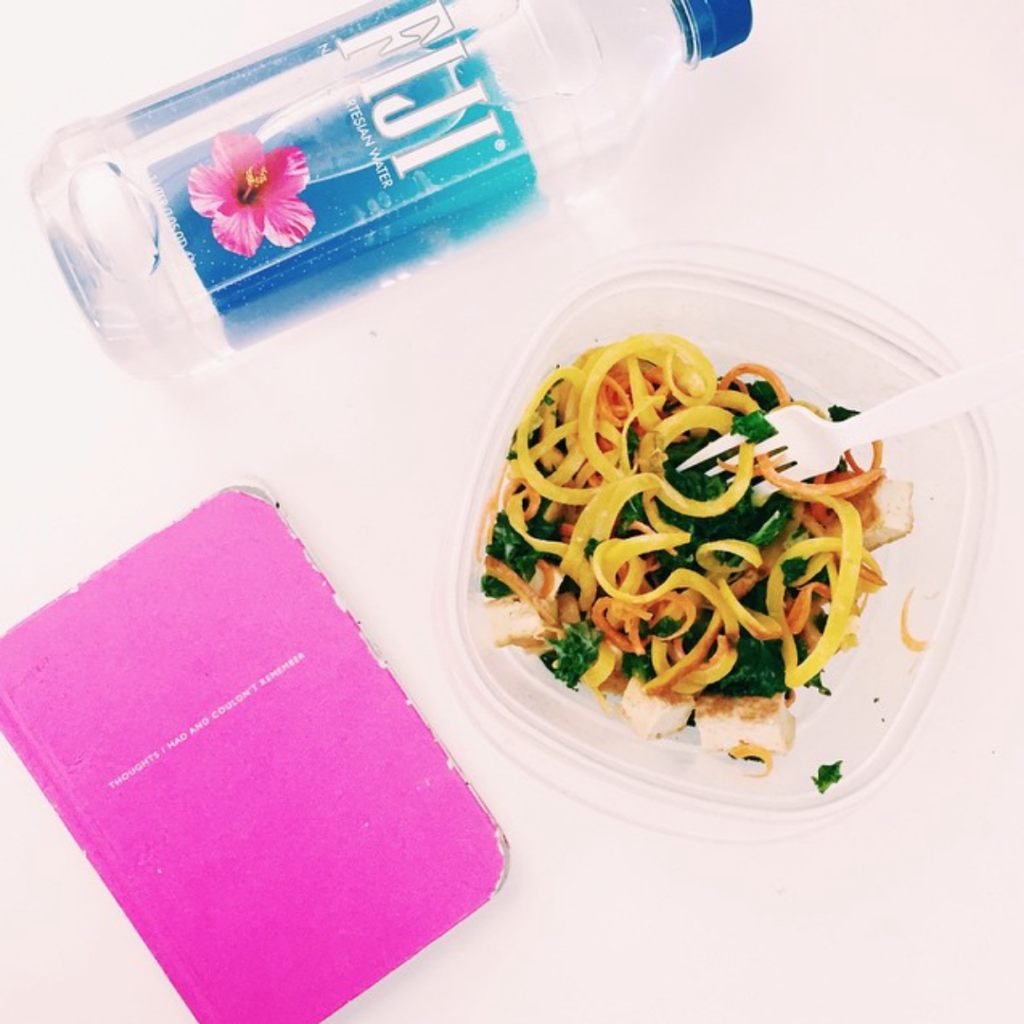 to work. Bougie chopped salads aren’t cheap. Neither are juices, or foods from specialty restaurants, or whatever amalgamation of chips and trail mix and an apple and more chips that you patch together at the corner store. It’s far easier, far cheaper, and far healthier to take the extra time to cobble together a quick lunch from things in your fridge. Lately, I’ve been spiralizing zucchini, tossing it with some kale, and adding a sweet potato and roasted garbanzo beans for a really filling and easy solution, but play around and find what works for you.

Snacks, too. Because to get hungry is to be human, and you don’t need to shill out $7 at the coffee shop every afternoon for a soy latte and a mediocre bagel. 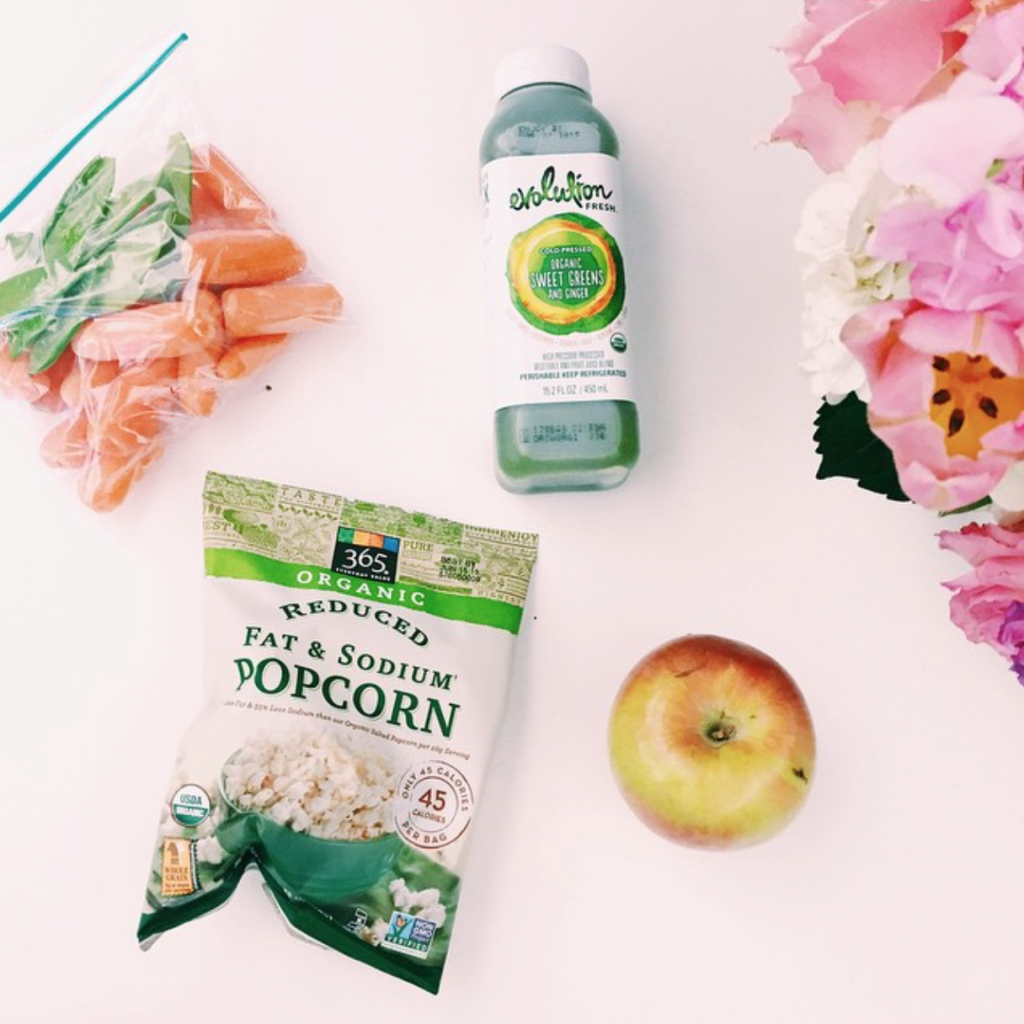 Say no to pricey supplements. You don’t need them. If your diet is varied enough and you’re not just throwing back french fries and calling it a vegetable, you’re probably doing pretty well with just a multivitamin

(grab one with iron if you’re worried about that). As for protein powder? Sure, look into it if you really want to, but there are also alternatives like hulled hemp seeds that have way more protein and less fake shit than your run-of-the-mill tub’o’gainz.

Constantly try new things. You don’t know it’s not for you until you see if it is. Swap corn tortillas for your sandwich bread (you typically use less, and they’re often more nutritious). Try out a new vegetable that’s on sale, or mix up whatever fruit you usually put into your morning smoothie

. Read cooking blogs, search Pinterest, and actually make the things you find. Just because you’re cutting out one or more food groups doesn’t mean your food needs to get boring. In fact, if you like a challenge, that’s when things wind up getting most interesting.

Ella Ceron is social media editor at New York Magazine’s The Cut. She is on Twitter and Instagram.