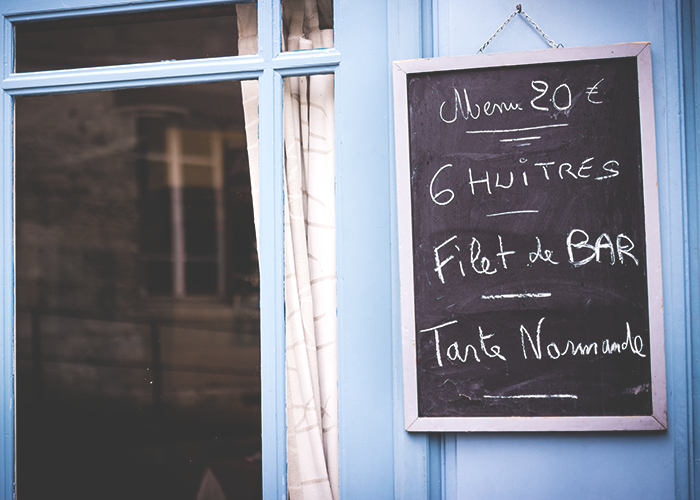 I’ve been spending a lot of time alone lately. Because of the nature of this year — between getting-married things, and TFD-is-growing things, I’ve been traveling quite a lot — it’s been important for me to spend a good amount of time by myself. I take long walks alone, I go to movies alone, I sit at the bars of restaurants and read books, I take Mona to the riverside park and sit on the swing set alone. I do this because a year of constant travel with friends, family, and colleagues means a year of distraction and noise. It’s beautiful distraction, and beautiful noise, but it’s nonetheless something that I don’t want to become my regular narrative. When everything is such a spike in excitement and newness, I don’t want the normalcy of my life to start to feel boring. I don’t want my own company to become not enough.

So, when Marc and I volunteered to take a later flight and were gifted $2,000 in Delta credit as compensation, I decided that one of the things I would do with my ticket money was come see my soon-to-be family-in-law. We haven’t seen them for nearly a year, and though Marc couldn’t join me this time, I thought it would be a good move to use the only month I have this year without pre-existing travel plans to spend time with them, as well as seeing/staying with a few good friends in Paris. Yes, it’s more travel in a year that already feels uncomfortably-full of it, but it’s solo travel, which is a very different thing. I have spent, over the past week, endless hours alone. I’ve been alone on trains, alone on long walks, alone on flights, alone in apartments and cafes and restaurants.

And that, second only to seeing Marc’s family, was one of the most important parts about taking the trip. I have found myself gathered in the constant silence, listening to my own thoughts closely and feeling acutely grateful for my life in a way I usually don’t have time to. When you run a small business, particularly one that lives on the internet where everything is already going at warp-speed, you often feel as though you can’t slow down enough to see or feel what is really happening. My days are thrilling, yes, but they are constantly-changing, and I am always off to the next small inbox fire or important meeting for which I don’t have an outfit. Being alone, without the (beloved!) usual company of the TFD team, has meant time to think about things in a way I don’t usually. I have an easier time deciding what is and isn’t important, I listen more closely, and I don’t feel as overwhelmed with my day-to-day tasks. As corny as it might sound, I feel much more in touch with myself.

But it isn’t just the emotional (and, possibly, professional) benefits that matter to me in solo travel. There is also the incredibly important element of “learning to rely on yourself, and trust yourself.” I used to travel alone much more frequently, and I had in some ways forgotten the impact it had on both my confidence and my personality. Now, I almost always travel with Marc or Lauren, if not an even larger group. And while that doesn’t mean I can just abdicate all responsibility or awareness during the travel process, it means that everything is shared, and therefore there is always a fallback. For everything from dealing with cumbersome luggage, to remembering a connecting flight, to on-site travel plans, to codes and keys and WiFi hotspots, there is someone else to share the burden. And because of that, because I was almost always with one partner or the other, I had gotten a bit lazy in terms of Having Shit Under Control.

Looking down the barrel of my upcoming solo trip, I felt genuinely nervous. Between visiting both Paris and the South of France, and staying at three different people’s homes, there was a good amount of logistics to navigate that felt a bit overwhelming to prepare for. I had to get up at 4 AM for a train ride, remember a bunch of codes, and coordinate to pick up keys. I had to take care of myself, with no backup — something I hadn’t confronted in a few solid years. And yes, I lived alone in this country for several years; it’s not nearly the exercise in self-dependence it would have been if it were a new place. But I was suddenly acutely aware of not just my need to self-direct, but also the uniquely exciting scariness of traveling alone as a woman.

I hated that the upcoming trip made me feel a little bit anxious. I’m a grown woman, dammit! I’m a business owner! I am a year and a half shy of 30, older than my parents were when they had me. I needed to start taking myself under my own wing, planning ahead, and being serious about managing both my own time and logistics. I’d already mastered the Travel Packing Excel Sheet that has been crucial in making me a master of Always Carrying On, but that isn’t nearly enough. I needed to make myself a full-on dossier of information this time, something to send myself and download on my phone ahead of time so that all possible mini-emergencies were solved.

So I sent myself an email with the following the evening before I left, and made sure to download all attachments before I stepped away from my home WiFi. It was an email that made me feel not just prepared but oddly safe, not just because I had these details, but because I could trust myself to provide them, to take care of Future Me in the way I would take care of my own child. (And yes, I profoundly believe that a big part of adulthood is taking care of yourself in that childlike way — making yourself eat the vegetables, making appointments for the doctor and the dentist, being forgiving when you inevitably make mistakes, etc.) I felt, for the first time in my travels, like I was my own guardian. When I used to travel alone much more frequently, I was still very much a shitty early-twenty-something, totally uninterested in logistics. Now, I was something else — a grown woman, someone who looks forward to the profound serenity of planning ahead.

So, without further ado, the contents of my email, which left me feeling at once calmed and empowered:

Okay, yes, reading it over again, maybe it’s a lot. And I admit that, while writing it, I did feel a little bit like a little girl preparing for summer camp. But having it made me feel great, not just because I knew I had every piece of information I would need in case of emergency, but because I had the foresight to create it for myself. It’s been a while since I’ve been alone like that, and I am so glad I took the time to do it. Because, aside from the restorative nature of spending all that time with only your own thoughts for company, there is something incredibly lovely about taking care of yourself. I feel vastly more confident and zen than I did before I left, and have been officially re-bitten by the Solo Travel Bug — I can’t wait to go somewhere again by myself, somewhere much more intimidating, because I know I’ll be waiting for myself when I get there.