Everything We Spent Our $7,000 “Honeymoon Fund” On (Instead Of A Vacation) 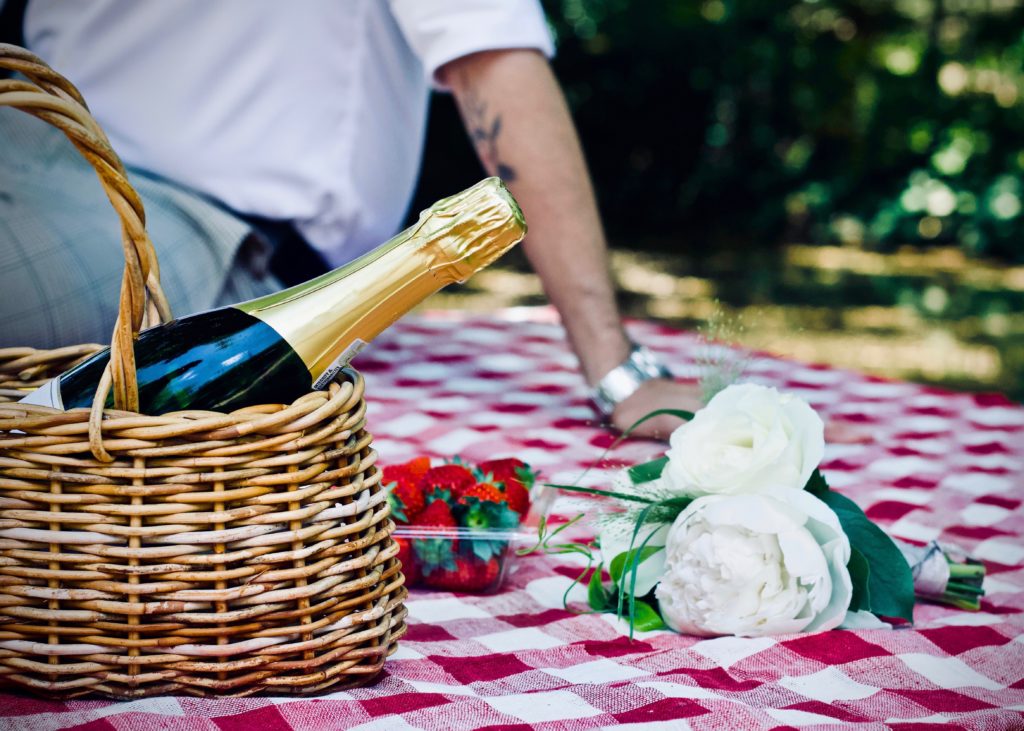 Ever since my husband and I got married, I’ve dreaded letting my friends and family know how we actually spent our “honeymoon fund.” Instead of asking for physical gifts, we encouraged our wedding guests to donate money to a romantic getaway. Ideally, this money was supposed to pay for a trip to Thailand…but it didn’t. Two years later, we just finished the last of the contributions. We did do some good things with it…and some not-so-good things. This is the breakdown of how we spent that money.

Even though we lived together before we were married, we had never moved into a space together. So the idea of decorating and furnishing a new space was exciting. I don’t regret the purchases, and the purchase amount was pretty small. But I wish I had waited until I saved up the money instead of dipping into a fund I wouldn’t pay back.

Buying a couch online is not a great idea — and neither was choosing the velvet upholstery. It looked good on the website, but it was incredibly impractical for our actual life. Plus, it was pretty poorly made, and the frame split less than two years into its life. I made this purchase without too much research because I knew “we had the money.” If we had saved beforehand, we may have been more cautious.

Went to an actual furniture store, sat on the actual couch, and interrogated the salesperson about the warranty. We also made sure the upholstery would take the abuse we were going to throw at it.

A few times, when we were feeling down or bored, we went out to eat with the money. The meals were fine, but unremarkable. I don’t remember them beyond the fact that they were paid for by our friends and family. I wish I had kept this money or used it for something special like an anniversary dinner.

Life happens, sometimes your beloved drives on a flat tire to the point where you can’t patch it and need to replace it. Sometimes you don’t have the money to replace it. I took out the money thinking I’d always replenish it, but who wants to be stuck with a $160 expense in their monthly budget? I kept putting it off until I just forgot about it.

I’m ashamed this is on here. While I could lie and say we were doing something smart like “paying off our mortgage early,” these debts we paid were completely avoidable. Yes, sometimes you can’t help taking out debt, but in this case, we could have dodged most of this by making smarter decisions. Two-thirds was due to a large purchase that we were paying off. We were unaware that if the bill was not paid off in one year, our interest rate would jump from 0% to 25% a month. In the end, we were so underwater that we had to use the honeymoon fund to bail us out. The final amount paid was almost three times what the item was worth.

The other third of the debt was just living beyond our means — buying simple everyday things that added up month over month. While paying these debts off did relieve a lot of stress, it’s unfortunate that we couldn’t use this money for something more fulfilling.

I forgot about this, and considering I haven’t been to this gym in months, it was so not worth it! Plus, this membership was only for me, not for my husband! Oops…

Saved the best for last. Definitely one of the better investments, as our bird is a bright spot in our lives. She is a tiny squawking creature we both love and enjoy daily. I don’t regret this expense at all. The amount of joy she has brought into our lives far outweighs the initial investment. While she’s no exotic getaway, I have let it slip to family and friends that she is what we spent part of the money on. Their intention when donating was to give us joy, and she definitely does that.

Looking over things now, it’s amazing how quickly $7,390 evaporates. True, it has taken us two years to spend the money, but we should have made space in our monthly budgets for a lot of these items instead of pulling out of a fund we wouldn’t pay back. Now the money’s gone, and my husband and I never took a honeymoon.

It’s not all sad, though — in the days after our wedding, we stayed in town and did all the touristy things that you never do as a local. We went to museums, ate at nice restaurants, and explored neighborhoods we’d never been to. We’ve started to consider this our “honeymoon,” but we still are looking forward to taking an exotic vacation — this time on our own dime.

Andrea Beschel-Sutherland is a writer, marketer, and graphic designer living in Chicago. She currently freelancing while volunteering for Acting Out Awareness, an organization that uses the arts to raise awareness for different non-profits.