Exactly How Cutting Out Fast Fashion Changed The Way I Shop 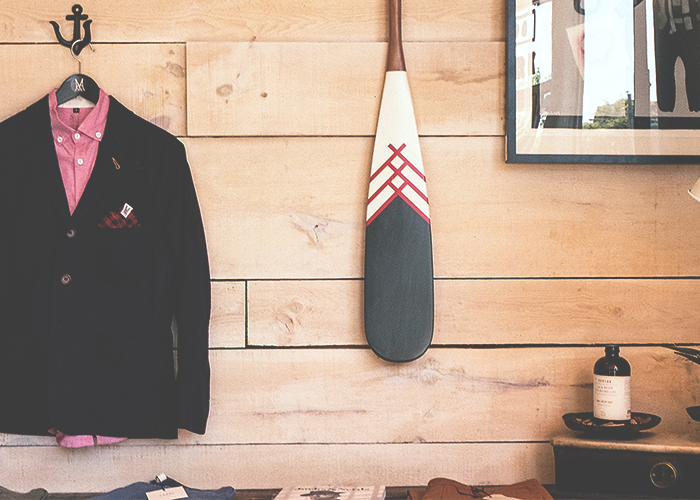 Recently, in the Ask Chelsea Anything inbox, I got a nice email from a reader named Grace with this request: “You’ve mentioned in several articles that you cut out fast fashion in the past year, and I was wondering if you could do a post breaking down where you shop instead. Thanks!”

It’s definitely something I’ve mentioned, and it’s true (though I admit has been more out of a slow-and-steady life evolution than a concerted, planned out effort), but I’ve never really written an article about how I shop now. Given that it has been well over a year since I first wrote about my desire to stop buying fast fashion, and I’ve pretty painlessly lived up to that, I think I’m officially qualified to talk about it. Though it’s definitely an imperfect science, and will be different for everyone, I’d like to share how I’ve personally shopped over the past year to lead myself to an almost entirely fast fashion-free life.

I should say, first of all, that the key to my shopping now is mostly not shopping. I have drastically cut back on a lot of things in my wardrobe, and realized that I really don’t need to replace them. This is probably most easily evident in jeans, where I used to have about five-or-so pairs I cycled through, none of which I was really happy with, and none of which cost more than probably 20 dollars. At the end of 2014, I finally bought (on 50% off sale), my first pair of designer jeans (retailed for like $150 originally), and wore the hell out of them for the next year. Relegating the rest of my shitty, poorly-fitting jeans to the “around the house and/or while painting” category, they became my sole good pair of out-of-the-house pants, aside from one pair of white jeans.

This meant that I wore my skirts and dresses a lot more, which had fallen by the wayside to that point. And when, last fall, I realized that only having a more fancy, dark-wash pair of jeans was a little annoying, I broadened my jean life by one pair, getting a distressed, lighter-washed pair for $100, which I looked for for some time and finally settled on after trying on about a dozen.

Until last week, those were my only two jeans, until my dark pair was lost at the cleaners (RIP, still getting over this). I’m going to be going to Nordstrom Rack and a few other discount stores this week to find a new designer pair at half price, and if that fails, I’ll go to a J.Brand store and suck it up to pay full price. It’ll sting, but it’s worth it, because they are the only jeans I’ll need, and they won’t gradually disintegrate in the crotch/thigh area, as cheap jeans inevitably do.

Anyway, all of this to say that my biggest change in shopping has been not doing much of it, and doing it very intently. I’m coming up on my next wardrobe purge, for spring cleaning, and I’m ready to go in with a much more judicious hand than even during my move. I’ve gotten a lot less sentimental about clothes, given how little I’ve shopped this year, and I’m much more interested in reducing the clutter than having fourteen lackluster options when I go to grab a sweater.

As far as stores, I’ve found that, price-wise, I can usually find things pretty comparable to fast fashion at TJ Maxx and Marshalls, and that thrift stores almost yield what I’m looking for if I commit to going to three or four of them in a day. Essentially, the only issue there is that you really have to dedicate the time, whether it’s at a discount store or thrift. One of the biggest draws of fast fashion is its convenience — the fact that you can stop in at any time of day and, within a few steps of the entrance, pluck something off the rack that you can find in your size and which will be a decent approximation of whatever is trendy right now. The “having to scour for your size and the right cut” is something I’ve gotten used to over the past year, but once you accept that your shopping has to be done on a specific day that you’ve dedicated to the task (instead of in a fog on your way home from work), it becomes its own pleasure. Like at the grocery store, for a clothes shopping trip now, I’ll load up a podcast and be prepared to search the entire store several times like I’m on a scavenger hunt before I head to try things on.

Alternatively, when I’m looking for something very specific that will be a pivotal wardrobe item (such as my new pair of jeans last year), I sometimes pick out the item online from a store, confirm that it’s at my location, and then go try it on. I never go to “regular” (ie, non-discount) stores without that level of preparation, because the sudden influx of convenience and “everything exists in my size” will definitely push me to spend more if I’m not explicitly prepared.

Most importantly, the shift for me has been mental more than anything else, especially when it comes to self-esteem. There is a big part of fast fashion that preys on the insecurity we all face about being “cool,” or “stylish.” I am one of those women who was never a cool girl, never a sharp dresser growing up, and always perceived myself as being behind whatever trend was going on at the time. As a teenager, I would have given a kidney for a couple-hundred-dollar shopping spree at Abercrombie. And as an adult, though I’m obviously not so crazily brand-loyal as teens tend to be, there is that same desire to be on-trend, to see something on a chic Instagram account and want to recreate it, or not want to be left with that tug-on-your-sleeves feeling of wearing something decidedly uncool when it’s too late to go home and change. Fast fashion sees that gnawing desire to be cool and trendy, and it feasts on it by providing us, each week, with a new way to spend $20 in an effort to get there.

Mentally, it’s been important to remind myself, at every turn, that I will never be the perfectly-trendy person. And though my two most recent home cities have been New York and Paris, where the pressure to look perfect according to that city’s individual standards of style is overwhelming, I will never be the picture-perfect SoHo shopper or Rive Gauche cafe-goer. That insecurity, and that need to be constantly chasing after a visual ideal that will always be just out of reach, is something that comes from not feeling good enough as a person, not as a dresser. And the more I remind myself that I am smart, accomplished, funny, and with my own distinct taste and style, the less I feel the need to imitate some woman glaring at me from an ad in a magazine.

I do like dressing and shopping and putting together outfits. I’ll never be one of those people who rejects it entirely, or goes for a “capsule wardrobe.” But I also know that my tastes are not always of-the-moment, and I’m not going to be perfectly put-together at all times. I’m just not. And that’s not something that I need to compensate for by hemorrhaging money on cheap clothes — it’s something I need to accept as part of life. I can be interested in clothes without being defined by them. I can enjoy putting together a wardrobe slowly, thoughtfully, and based on what I actually like, instead of worrying about always having the exact cut or silhouette that’s being sent down the runway. I can hate capital-F fashion and still love capital-S style. And the day I stopped medicating any insecurity with a quick trip to buy clothes I’d hate in a few weeks was the day I started feeling better. About everything.