Here’s How Much I Actually Make Driving For Uber 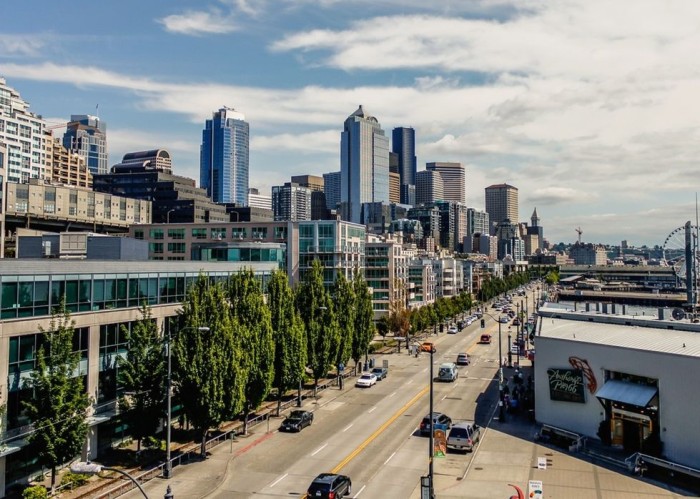 You get asked a lot of questions when you drive for Uber and Lyft. People ask what routes you typically take, how your shift is going, whether you prefer driving during the day or at night, whether Uber pool is as annoying as it seems, and so on. But the question that everyone seems to be skirting around is simple: how much do you actually make driving for Uber and Lyft? Of course, maybe I’m just paranoid and people don’t actually have any interest in knowing what I make while driving for Uber, but it certainly feels like they do. It also often feels like people want to know whether driving for a ride-share service is my “real job” or not, which is a whole separate part of the experience. So, I wanted to take some time on The Financial Diet to essentially answer all of the questions it feels like people might want to know about life as an Uber and Lyft driver.

First, for me, driving is a side hustle, not my full-time job. I’m a business school student currently in a three-year grad program, and this is how I make money during the school year. I’m putting myself through school, so I knew I would need a part-time job throughout the year. However, my program is incredibly intense, and the more I looked around for restaurant jobs, the more I realized it would be difficult to fit meticulously-scheduled hours into my week. I know many students make that work anyway, but I opted for driving for Uber and Lyft because I would never need to worry about fitting it into my schedule. I can turn on the app anytime, and while timing does dictate how much money I make, if I am swamped with schoolwork, I can turn the app off whenever I want.

Here’s an honest breakdown of what I make driving for Uber and Lyft:

Most weeks, I probably make $20/hour at the most, and $10/hour at the least. Uber and Lyft both take about 20%-25% off the price the rider pays. Sometimes, during big events, on holidays, or just during prime ~going out~ time, Uber will encourage you to drive by guaranteeing you $25/hour, or more. I’ve never driven on Halloween, but judging by the amount of $150 Ubers my friends took that night, I’d say it’s likely that those drivers were making well over $30/hour on October 31st.

The IRS lets you deduct 56 cents for every mile you drive, to account for gas and wear and tear on your vehicle. I often drive 15-20 miles in an hour. So, if I drive for six hours on a Friday night, making $20/hour, that comes out to $120. In six hours, I could drive up to 100 miles, which means I am allowed to deduct $56 from my earnings of $120. So, in the eyes of the IRS, I technically only make $64, which suddenly doesn’t sound like too much. However, if your car has above-average gas mileage, or above-average ease of maintenance, then it’s not actually costing you 56 cents a mile to drive, which means you are making closer to $85, but you’re only getting taxed on $64.

Uber does not necessarily pay better than Lyft, contrary to popular belief. However, in LA, where I live, the frequency of rides is much better with Uber. So even though I might make slightly more off Lyft rides, more people use Uber, so I end up getting more rides when I’m driving for them.

For me, if I can be on the road for 12 hours a week, I can make about $150/week in side hustle money. Obviously, there are weeks when I get really lucky with rides and pull in more cash, and weeks where I don’t drive during peak hours and make less. But, in general, for an LA Uber/Lyft driver in the city, $150 in 12 hours is a good ballpark estimate.

A caveat to my story is that my experience is definitely different from someone who drives full-time. I can’t speak to what you make if you drive Lyft or Uber eight hours a day, five days a week. The only time I’ve ever driven full-time is on brief school breaks when I was trying to make a lot of cash very quickly. It worked with varying levels of success, I would say. It’s honestly just hard to predict how you’re going to do some weeks, though I’m sure those with more experience have a better handle on things, and know exactly when to drive in order to make the most profit. Personally, I’ve had the best luck with driving early in the morning (because LA is a city of commuters) and on Friday and Saturday nights. I’ve also received a few direct deposits of for people throwing up in my car, which is unfortunate, and frustrating to deal with. Most of the money goes to paying for clean up, but you still end up with enough extra cash to make up for any money you lost because you had to get off the road early. (The first time, I made $250, and the second time, I made $150.)

The one financial issue that’s come up for me while driving is predictable: working for a ride-share service means your livelihood (or side hustle money) is completely dependent on your car. I meant to drive for most of the summer and make a lot of extra money, but halfway through the summer, I got rear-ended. It wasn’t at all my fault, but it meant I was out of a car for about a month, and that prevented me from making money as a driver. So, financially, it comes with its ups and downs, but if you’re a safe driver and feel comfortable picking up passengers you don’t know, I still think it’s a fairly reliable side hustle.

Jena prefers to use a pen name. She is in her third year of business school.