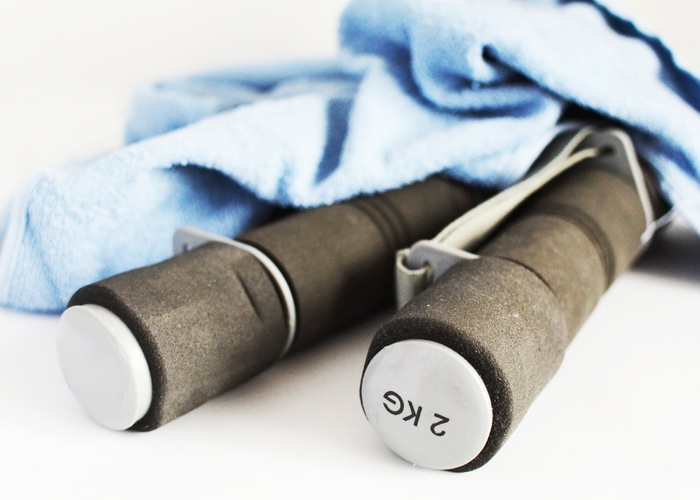 Recently, I came across a young man on Reddit who had paid $1,899 for an extreme weight loss program. To give you a frame of reference, it’s one of the programs that promises you’ll “lose 20-40+ pounds in 40 days” without going hungry — except that you very well could be hungry while following the plan and barely eating 500 calories/day. While it’s easy to look at heavily-advertised, grandiosely-worded scams and say we would “never fall victim to them,” through talking to this man (who asked to be called Steve), I realized that programs like this often target those who are in a vulnerable position (whether because of their weight or for other reasons), and that’s one of the ways they inevitably lure people in.

The program that this man signed up for not only sounds like they are pushing unhealthy regiments on clients, but they also offer additional products as a spin-off of their business as a way to take even more money from participants. The program seemed to already be aware that customers were unsatisfied because participants are required to sign a “no refund clause” even if they did not find the program beneficial.

I interviewed Steve about what it was like to fall into their trap, and then navigate his way back out of a $1,899 mistake. Here’s what he had to say:

I was interested because I’m overweight and I’ve been wanting to do so many things that I feel like my weight is holding me back from. On one particularly rough day, instead of looking into weight loss plans, reading reviews, etc., I scheduled an appointment with a weight loss service with the intention of talking to them and seeing if I could afford the plan. That said, when I met with them, there were definitely warning signs that it could have been a scam, but because I was in a vulnerable place and was so tempted to go through it to try to lose some weight, I signed on.

3. When did you realize it was a scam?

I was skeptical the whole time, but I think I went through with it because I was in a bad mindset. Here’s the thing: the plan can work, but only because they put you on supplements and an extremely strict low-calorie diet. However, it’s so strict (two very small meals per day) that you basically need to be rich and not have a job to do this. You can’t eat or touch any types of oils at all during the 40-day period or you’ll hit a two-to-four day plateau where you, apparently, won’t lose any weight. I work in the food industry, so it’s particularly improbable that I’d be able to stick to that rule. I’ve learned that you can essentially do this program on your own (not that you should) because the cost of the supplements they give you is equivalent to about $40 on Amazon.

4. Have you called them asking for your money back?

Yes. Once I realized that I’d been taken advantage of and paid an unnecessary amount of money for an extreme weight loss plan, I called. I received a partial refund, which was very fortunate because I signed several papers saying that I wouldn’t be able to get a refund even if the products were unopened. To be honest, they probably only agreed because I’m fairly young and I think they felt bad. We negotiated back-and-forth: they offered an $899 refund, which I said was not enough. They finally offered me a $1,100 refund and an additional $100 check. So, I got back $1,200 of my $1,900. Essentially, I paid $700 for a very expensive life lesson.

5. What have you learned from this?

Well, basically, I’ve learned to be a lot more careful of what is being advertised and to think more critically before spending. Also, no matter what, look into what you’re buying first and don’t just make decisions based on impulse. I also should have listened to my initial gut feeling when I thought it felt a little off. I want to be more discerning and not fall victim to marketing that specifically targets me.

6. Is there anything else that you want to say about this experience?

Not only was falling for this program a waste of money, but even if I did have the money to spare, I could’ve followed the plan (again, not that I necessarily would have) without spending $1,900. The supplements are available on Amazon, and the actual program is fairly simple: it’s eating two plain proteins/vegetables/fruits a day made with no oil. They have some insanely strict eating pattern that accompanies the food, but it’s mostly just to pad their program and make it seem like you need to spend the money to get their help. The “scam” also goes beyond just the $2K nutrition plan. Because they want you to consume and use only oil-free products, they sell oil-free foods, soaps, shampoos, lotions, and even toothpastes, which is basically just another way for them to take your money. If they convince you to sign on for the plan and buy a lot of extras, you can end up wasting much more than $2K.