How Getting Unexpectedly Dumped Has Cost Me Over $5,000 (And Counting) 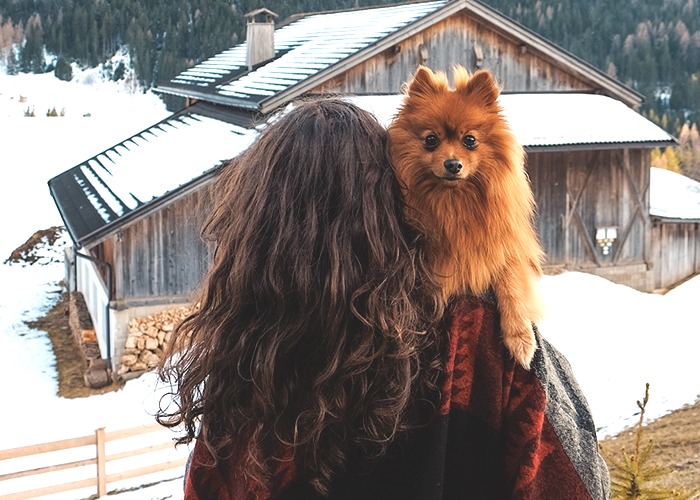 At the beginning of this year, I was dumped. Like, really dumped. No room for interpretation or an “it was mutual” gray area — my boyfriend of three years, who in fact just a few weeks earlier told me he was planning to propose, suddenly did a complete 180 and left instead. I basically lived the scene in Legally Blonde where Elle Woods says “I do” at the same time her boyfriend says “I think we should break up.” Except instead of a college senior with daddy’s credit card and a quirky plan for a comeback, I was a tired, almost-30-year-old with a demanding job and nowhere to live.

In those first days of heartbreak, my personal finances were the last thing on my mind. I immediately booked a trip home to see my family, barely looking at the price of the tickets. I knew that finding a new apartment and moving would be expensive; it always is. But what I failed to realize was the extent of the other, unexpected expenses coming my way, and what I could have done to better prepare for them. Here are five things I wish I’d accounted for during my breakup.

I moved out of our shared home in about 20 minutes, taking my clothes, my books, the dog we’d adopted together, and not much else. It wasn’t until I had assembled my brand new bed frame and mattress in my new apartment that I realized, “Oh, I didn’t take any sheets.” Or anything else for that matter. There’s something nice to a fresh start with all new stuff, but I also really wish I’d taken at least half of the stuff that was half mine. I kept telling myself I’d buy “just the basics” at first, but “just the basics” ran me about $2,000 in all, between furniture, kitchen supplies, new bedding, and a new bathroom setup.

My ex-boyfriend and I were on the same cell phone plan, the same car insurance, and the same streaming accounts, not to mention a shared credit card, which stayed in my name. By losing the “family” part of those accounts, I was suddenly on the hook for an additional $200 a month in bills. And to add insult to injury, since he was the primary name on the account, AT&T actually required my ex’s “permission” to release my own phone number back onto a separate account, along with a small fee. If you ever want to feel simultaneously enraged and humiliated, I highly recommend this experience.

Let’s just be really honest here — re-entering the dating pool as a responsible, modern woman comes with certain start-up costs. Luckily I have good insurance through work, so the cost here was only a $50 copay, but it could have been SO much more. Out of pocket, an IUD can cost up to $1,000, and STD tests can cost up to $200 each.

There was never a doubt in my mind that my fur baby Harvey was coming with me (in fact, the first thing out of my mouth when my boyfriend said he was leaving was, “I’m keeping the dog”), but I’ll admit taking good care of a pet when living alone is harder, and more costly, than I anticipated. If I’m out of the house for longer than a few hours, I have to pay someone to walk him, and now that I no longer having someone to split vet bills, food costs and babysitters with? Well, it starts to add up; just this weekend, I spent $150 on a dog sitter. I would definitely not have gotten a dog if I’d known that a year later I wouldn’t have a partner to split the costs and responsibility with.

Right before the breakup, I had launched a small side business out of my house and was steadily building a customer base. It was impossible to keep it running while sleeping on friends’ couches and with all my stuff packed in boxes, so I had to shut the site down just as it was beginning to generate revenue. I’ve since been able to re-launch, but it still kills me that I lost that income and momentum for almost six months. In the month before the breakup, my side business’s net sales were $300, and I had just about broken even for the start-up costs. I would put a conservative estimate of the total revenue lost around $3,000.

All in all, getting dumped put a huge hole in my savings that I’m still working overtime to recoup. I suppose the moral of the story is, think very carefully before combining your life, possessions, finances, and cell phone plan with a partner, no matter how committed you think you are. I was blindsided by my breakup, but honestly, I know I should have been more careful in general about leaning on a partner financially and taking on expenses I couldn’t afford without him. Personally, I’ll never do it again until I’m married, and even then, I’ll be more thoughtful about protecting my assets and making sure I stay financially independent no matter what life has in store for me. And if you do ever find yourself in my shoes, at least remember to take the good towels.

Laura Munoz is a copywriter and freelance journalist living and working in Los Angeles.