How I Actually Landed My Design Job At Seventeen Magazine 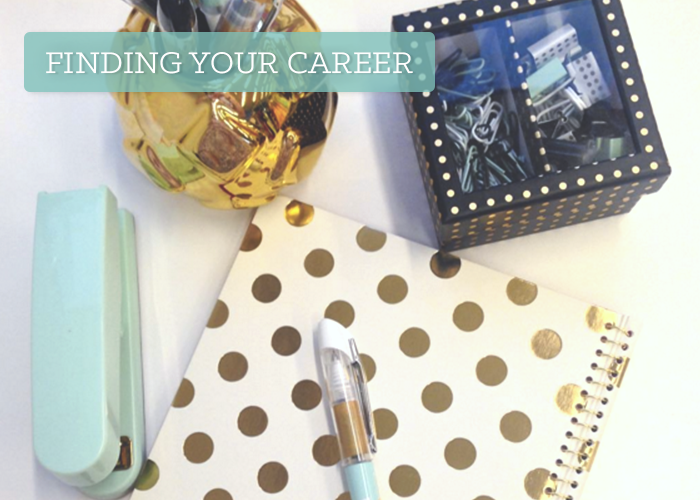 Welcome to the first edition of a brand-new series at TFD dedicated to understanding how people like us launched careers they love. Whether you’re in the process of applying for your first “career job,” or are trying to switch careers at a later stage, every job searcher, at some point, finds themselves asking one big question: how the hell did everyone else get to where they are? Often we’re told by successful professionals in a kind, sympathetic tone that they know what it’s like to be in the job searcher’s shoes. And while this sentiment is appreciated, in the midst of chasing down your ~dream job~, it’s hard to be convinced of the validity of that statement. So, we’re working to gain insight into professionals’ career trajectories: from how they got their start, to how they scored jobs they love. If you have a cool job that you worked hard to get (and didn’t land because the CEO knew you when you were in diapers), email me: maya@thefinancialdiet.com.

Kicking off this series is my good friend Molly Apfelroth, who is a designer at Seventeen magazine. Molly was kind enough to answer the following 10 questions:

1. Did you go to college, and what did you study?

I attended Ithaca College, and majored in communication management and design (concentration: instructional design) with minors in journalism and dance.

2. What did you do immediately after college?

Immediately after college, I had a fellowship at Cohn & Wolfe, a PR agency in NYC. The fellowship was in their creative department. I was there for about four months before accepting an entry-level art assistant position at Woman’s Day magazine. The internship paid, but not enough that I could afford rent, especially because I didn’t know whether I’d be brought on full-time. I lived at my friend’s parents’ house in Washingtonville, NY and commuted into the city while I was at the internship.

3. What drew you to your job/industry in the first place?

Having been a dancer for most of my life, I knew that I needed a career that would allow me to be creative. I was always drawn to magazines. Whether it was the photography, the design, or the stories, I found myself picking them up in the grocery store or being the token friend that would bring a Cosmo to girls’ night. When I first applied to college, I thought I wanted to write for a magazine. Not to toot my own horn, but I have always been a good writer, so I figured it would work.

It didn’t, needless to say. I, personally, found journalism too restricting and creative writing not fruitful enough. After that, it was trial and error until I found something that fit. My first time opening a blank page in InDesign and creating something was the spark I needed. I loved that a layout was basically a puzzle — the photos and text being the pieces. After that, it was color, typography, shapes, and scale. Even better, I was able to create something new every single time. I sound like such a nerd, but it was awesome.

4. How did you land your job? We want the whole story.

I can honestly say that getting my fellowship at C&W was pretty anticlimactic. I met one of their recruiters at a career fair at Syracuse University. They reached out to me, I applied (application, resumé/CV, portfolio, interview), and I was offered the fellowship. During college, I had two internships. The first was Reader’s Digest, which went bankrupt shortly after I left. The second internship was at Men’s Health, in their online editorial art department. Prior to graduating, I had sent my resumé to just about every single magazine that had positions for anything art-related entry-level positions. I even applied for a position at Men’s Health, thinking that my previous internship would benefit me. I got nothing. There weren’t any bites, and I was very discouraged.

While I was interning at C&W, my older brother, who at the time worked for HGTV, forwarded my resumé along to someone in their HR department. They then forwarded my resumé to the HR department at HGTV magazine, which is owned by Hearst. I never heard anything, and figured that was it. About a month later, someone from Hearst’s HR department reached out to me. She wanted to know if I would be interested in an art assistant position at Woman’s Day. No, it was not exactly the magazine I dreamed of working for, but I knew if I got the job, it would be the foot in the door that I needed. I knew I was up against one other person by the time I got to the second interview with their creative director. The other candidate just happened to be their intern at the time, so naturally I thought she would get the job. There was a lot of back and forth with HR, but after a month, I was hired and started two weeks later. After a year, the staff was told that we would be “sharing resources,” aka staffs, with Redbook. I worked on both magazines, until leaving for my current job. In terms of getting my job at Seventeen, I found the job posting on our internal Hearst listserve, and applied immediately.

5. What advice do you have for people looking to get into your field?

I’ll put it simply: it is hard. The magazine world is, unfortunately, shrinking at a rapid pace. Departments are getting smaller and parent companies are creating “content umbrellas,” which means shared staffs between two or more magazines. Unless you want to work on the digital or advertising side, open entry-level positions are few and far between. While hiring freezes have been lifted, or thawed, the magazine industry isn’t exactly booming. I got extremely lucky. The position that I filled was newly created after Woman’s Day went through a round of layoffs and distributed the responsibilities of the previous person among existing editors.

Getting involved with magazines early is something that really helped me. I was the designer on my college newspaper, so I had a portfolio when I graduated. I would also recommend teaching yourself as much as possible. Unfortunately, if you don’t come in with some knowledge of the software being used or the brand itself, you won’t succeed. There just isn’t the manpower anymore to teach and train. If you’re looking to make connections, there isn’t harm in reaching out to editors or people who specifically work in the art department, as long as you’re not annoying about it. Also, don’t turn your head on smaller magazines or magazines that you don’t read. You think I read Woman’s Day before they hired me? An opportunity is an opportunity in this world.

6. What was your starting salary at your first job in the industry? Was this comparable to other places?

My starting salary as an art assistant was a whopping $30,000. It wasn’t much less than other magazines in the company. However, salaries at a magazine are dependent on the magazine’s budget, which is dependent on advertising revenue and sales. This means it’s very possible to make more in the same position elsewhere. You most likely would not make less, nor should you.

7. What is your current job and what does a typical day at work look like for you?

I left Woman’s Day and Redbook after about 18 months because I accepted a position as a designer for Seventeen magazine. A typical day for me is…busy. Like I said, the magazine world is shrinking. The art department is three people, myself included. We share resources with Cosmopolitan for some editorial departments and our photo departments. A normal day for me would be getting to the office around 9:30 AM and leaving around 7 PM —some nights are longer if we’re closing an issue (sending it off for printing).

I get to work and consume lots of coffee despite a constant resolution to drink less. Then it’s about a half hour of checking emails, checking in with my department and editors and updating images sent back from our retoucher. I can typically get to my layouts by about 11 AM. At any given time, I’m juggling anywhere from three-to-five layouts per week and they’re usually at different stages of the design process. We divide the magazine by sections and I worked on front-of-book, body and health, and the life sections. Lunch happens around 1-1:30 PM, otherwise I get hangry. Then it’s designing, meetings and moving files through the production line until the end of the day. Don’t get me wrong, fun things happen in there, too. Celebrities come in for meet and greets, and we occasionally take brain breaks, as we call them. The days are long, jam-packed, and not easy on the brain or eyes, but they are very rewarding.

8. What is the most challenging part of your job (that most people outside your industry wouldn’t know about)?

I would have to say that time is the most challenging part. We’re usually designing an issue two-to-three months before it actually hits stands. In other words, we’re designing April in February. If we’re lucky, we get four weeks to design an issue, but it’s typically three. Fact: that’s not a lot of time for three people to design anywhere from 80-100 pages. Then we have a week of production, which includes copyediting and, theoretically, minor changes. Most of our photo shoots happen one or two months before we start designing. We’re usually shooting bathing suits in the winter and winter clothes in the fall. This presents another issue: money. Shoots are not cheap. Between models, the crew, venue, props, clothes, hair, and makeup, a shoot can cost up to or more than $10,000. They’re a blast to go on, but take a lot of work, time, and money to produce.

9. Is this the career path you always envisioned for yourself?

To be honest, I had a few career paths that I could’ve followed. I could’ve pursued dance and been a ballerina hopping from audition to audition and waiting tables. I could’ve gone into instructional technology and designed textbooks. But once I started designing, I knew that it was the right path. Do I think I’ll work in magazines forever? No. I’m just crossing my fingers my job still exists for another five years. With that said, I know that I can make my skills work in many different industries: advertising, PR, digital, etc.

10. Where did you think you’d be initially?

If you told me three years ago that I’d be working at Seventeen in a non-entry-level job, I would’ve laughed in your face. Fitting to my personality, I was very cynical about finding a job post-grad. I’m self-taught and knew that I’d be applying for jobs and competing with designers who went to art school and had internships that were way better (or more advanced) than mine. I worked my ass off to get to where I am, but I, in no way, thought it would happen this quickly. I’m almost positive my case is fairly unique, but I’m also proof that you can teach yourself skills, work hard, and get yourself to where you want to be.

Molly is a 24-year-old living in New York City and working as a designer at Seventeen magazine. She is small but mighty. Follow her on Instagram.