How I Landed An Interview At Every Job I Applied For 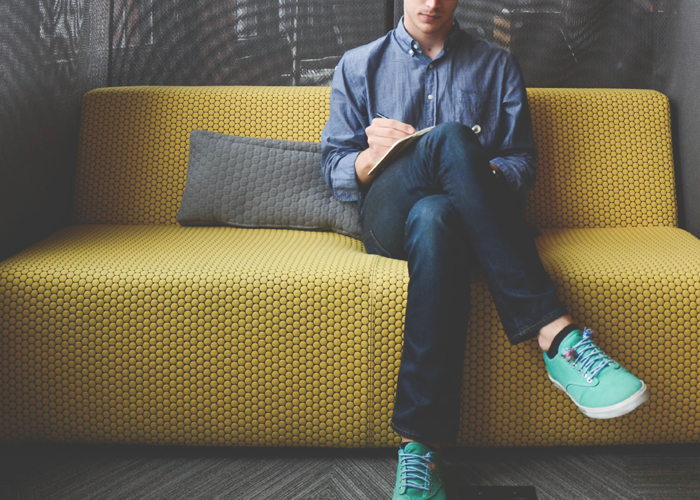 A month after graduation, a friend and I met over coffee. Our conversation was a combination of reminiscing over our alma mater and discussing fears we had about the real world. One huge fear my friend had was the prospect of landing a job. Her story is similar to many recent graduates that face a stark job market. My friend described how many resumes she had sent out, how many applications she completed, and other actions we’re all told are the key to a successful job hunt. Her story ended with a heavy sigh and a serious look of defeat.

As her friend, it’s expected that I console her. Perhaps I could shift the blame to external factors that hindered her job hunt. I could make ambiguous comments about the economy, and how it’s hard for everyone to find something. Yet, in the moment, I couldn’t, because it felt cheap to deny my friend a fundamental truth that I’ve discovered.

My friend had done nearly everything graduates are repeatedly told will lead them to success. She sent out a plethora of resumes and cover letters, applying to a diverse range of jobs she found on every corner of the internet. But no matter how diligent she was, she received an endless stream of rejection emails and the growing anxiety that comes with prolonged unemployment.

Training for a long distance marathon parallels a successful job hunt in many ways. In order to adequately prepare for a race, the work runners do in preparation determines their outcome on race day. Scott Jurek, a successful ultra marathon runner, discusses the importance of training and preparation in his book, Eat and Run

“Have I prepared? Am I focused? Have I been treating my body with attentiveness, eating healthfully and with care? Have I been training properly? Have I pushed myself as far, and as hard, as possible? Those are the types of questions that have guided me in my career and that can guide anyone who seeks something. We all want the promotion at work, or the girl, or the guy, or the personal best in the 5k race, of course. But whether you get what you want isn’t what defines you. It’s how you go about your business.”

For runners like Jurek, how they go about their training defines their outcome on race day, and for job seekers, how they go about their job hunting determines their success. A successful job hunt is the continuous commitment to improving yourself and skills. It’s not just applying to occasional job postings, but improving each line on your resume individually. It also requires learning more of your field, connecting with mentors, obtaining experience through internships and practicing every question imaginable for an interview.

When I shared these thoughts with my friend, she was taken aback. Her exact reaction to my definition of a successful job hunt was “that seems like overkill.” I wasn’t offended by her comments, because I remembered how much I used to agree with that very sentiment. In fact, I used to think just like her. At my university, I was part of co-op program that allowed me to obtain work experiences to supplement my studies. As co-op students, we also had to compete for these internships. There were more students than positions available, and it seemed everyone was receiving rejections more than offers.

My first internship was an easy win, though, and very much a fluke. It was the first and only job I applied to. I received an interview and offer early in the spring semester while my peers struggled. In this case, I didn’t do much to prepare for the process. I wrote the cover letter the night before submitting it and barely practiced for my interview. I was able to secure a job on my first try with little effort, and therefore assumed that the simple process of ‘search/click/apply’ would work again, but my second internship wasn’t as easy.

For my second internship, I went in to the job hunt with certain expectations. I thought I could secure a job with the same minimal effort as my previous internship. However, my laziness caught up with me. Months went by without even a single interview. I didn’t understand what I was doing wrong. I was following the same process I had before, but this was the mistake. It was during this job hunt that I realized how futile my efforts had been. I was sending out cover letters to numerous postings without doing the extra work of networking and studying. So I changed course and stepped up my game.

I researched the companies and tracked their profiles and stats on Excel. I found current employees and messaged them for advice. I read books

and listened to podcasts about self-development. I even made a list of over 100 interview questions and wrote detailed responses. In hindsight, maybe all of this was overkill but it paid off when I obtained my second internship with a reputable government department. I would also expand my efforts the following year when I searched for my third and final internship. This time, I made more Excel sheets, had more networking coffee dates and wrote more pages of interview prep. As a result, I received an interview for every job I applied to.

If you find yourself in a similar predicament to my friend, take a moment to reflect on your job hunt. Be honest with yourself, have you done everything possible to prepare? Have you researched these companies? Have you studied their history, their values and their performance? Have you sought the advice of mentors in similar fields? Have you noted your mistakes in cover letters, resumes and interview prep and learned from them? Have you entertained the notion of self-development? If you answer “no” to even one of these questions, you aren’t doing enough to increase your chances of securing a job. My method may be time-consuming but it’s foolproof. If you commit to an eclectic job hunt strategy, you will see results. In the case of my friend, she implemented these methods after our talk. Within weeks of these changes, she received numerous interviews and had the fortune of choosing between multiple offers. Her story can be yours as well if you are willing to do the extra work required for a successful job hunt.