How I Landed, And Then Left, My Dream Job In Entertainment 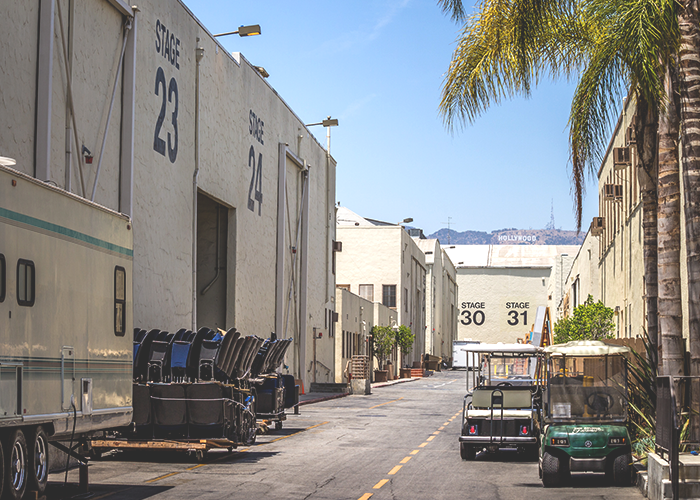 By the time I graduated college, I knew I was finally ready to follow my dreams — in just as grandiose and pretentious a way as that sentence makes it seem. I had started out undergrad as a biology major, planning to go to medical school one day. Very quickly, I realized that wasn’t for me, and then, in my time of limbo, I decided I was the kind of person who would end up with a job they LOVED, not a lame-o job like a doctor or a lawyer. I would have a job where my ideas shone brightly, where people were artsy, where no one had to wear a suit.

Come May of my senior year, I moved back home and got a job on the set of a food show as a production assistant. I loved the fast pace of being on set, the immediacy of everything I was required to do, and the fact that a lot of responsibility already fell directly to me, so that when it became clear that I was a fairly competent human, they immediately loved me. The production company offered me a job working in their office, a full-time job, where I would also work on set on the days when we were shooting. Even more importantly, I would get a full-time paycheck! I could not have been more excited.

As I started work, I cannot stress how many boxes this job checked off for me, right from the beginning. Bulletin boards hung on all of the walls, with brilliantly colored sticky notes with ideas on them. My bosses were cool and young and talked about things like The Bachelor and Beyoncé

. When I told people about my job, they leaned in, excited to hear about behind the scenes life on a TV show. We had regular brainstorming meetings where our whole team sat around a table and came up with ideas for hours on end. Plus, all the ideas happened to be about food, since it was a food show! What more could I ask for?

Then, as the months went by, every day became another three hour brainstorm; every week was another tearing down of what we’d done the previous week. When my ideas made it onto the show, one of my superiors took credit for them. I was given segments to supervise, only to find out that I wouldn’t be allowed to make any decisions about the content in “my” segment. Then, after almost a full year at the company, I had my first review.

I say the word “review” with extreme eyebrow-raising, as it was more of a casual conversation that happened to involve my performance (another side effect of working at such a “creative” company). I was told that I often came off “snobby or stuck up,” and that I had too much confidence in my work. Then, I was told that I “seemed too smart.” That was when I knew I had to make a change.

I sent my resume to anyone and everyone, from friends to my parents’ friends to my aunts and uncles. One of my mom’s former coworkers thought I might be a good fit for a position at a law firm. I balked at the idea: I wanted to be in a creative place, where I could be myself, where I could wear t-shirts and jeans to work every day! I wanted to love my job! Most of all, I wanted my job to be fun! Wasn’t that the dream? But, I decided to go on a few interviews. After all, he had taken the time to look at my resume, and at the very least it would be good interview practice.

My interview was for a paralegal position in the media and technology-focused department of a firm. The moment I walked in, it felt different than I expected. The recruiter who met me in the lobby was bubbly and friendly, and we chatted for a solid fifteen minutes before my interviewers arrived. The two interviewers chatted with me about my experiences, we talked about the glamorous and not-so-glamorous aspects of working in TV, I talked about why I wanted to get out, and told them that I was a fast learner, and I was ready for a change. One of them had worked in TV before going to law school, so we talked about that, and they told me about their department, which focused heavily on media. Naturally, I was interested in that. And, it turns out, lawyers are people, too — funny, with personalities, and lives to live, and jokes to tell.

The next day, I got a call: I got the job, and they offered me a higher salary than I had asked for. They wanted me to start right away. After calling my mom (duh), I accepted, and told my bosses at the production company that I was leaving. The first thing they said to me was, “I totally see you as a lawyer.” At first, I was offended by that, since obviously I had worked for them for quite some time as quite the opposite of a lawyer. My friends asked why I was leaving the awesome job I had, where I got to taste test different beers and make Rice Krispies

sculptures on a daily basis in the office. My sister asked me, “Is this really what you want?” One of my friends asked why I was giving up on my dreams.

Fast-forward to today, four months later. I love my job. Yes, I wear business clothes to work every day. But I also go to work at the same time almost every day, and leave at the same time — no 6 AM call times on set. I can leave for lunch for an hour, without running it by anyone. My bosses trust me to finish my work, and they take my questions seriously. They trust that I am smart enough to handle whatever they give me.

I just had my first performance review as a paralegal. I was told I was “excellent,” and an extremely fast learner. But most importantly, I was told I spoke with a lot of confidence. Here, I don’t seem “too smart” or snobbish, I speak with confidence. I haven’t changed, but I changed my environment, and I changed my dreams.

Now, when I tell people my job title, no one leans in closer, and I can’t say I don’t miss that a little bit. But I go to work every day at a place where I am intellectually challenged and respected. My work is valued, and my coworkers treat me as an equal. I’ve learned how important that is to me, and I learned that everyone’s career dreams shouldn’t be the same. Sometimes, yes, my job is “work,” but why shouldn’t it be? When I complete something difficult or time-consuming, I feel a sense of accomplishment that I never felt in the ephemeral world of TV production, because here, I have ownership of my work. And I would like to submit that that, really, was my dream all along.

Sarah Byrne is a writer, reader, paralegal, and die-hard lover of the Oxford comma. Her work has appeared on sites like Mogul, ThoughtCatalog, and others. She has strong opinions on television, baked goods, and public policy, and would love to talk about any and all of them! She currently lives in Manhattan with one roommate and far too many books.