How Much It Actually Costs To Have Anxiety 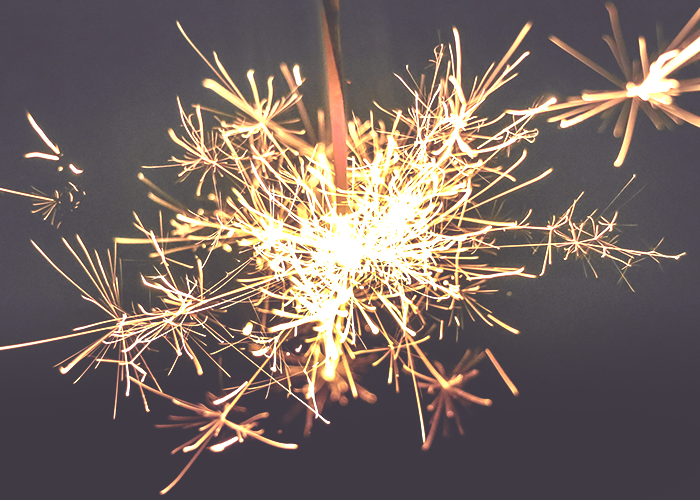 I remember the day I sat in my new doctor’s office, a few months after I’d upended nearly everything I had and moved to New York City. New York was never the dream city for me that it was for so many people, no matter how many episodes of Sex and the City I watched and re-watched in my old studio apartment, and I had low expectations for what it might hold for me. I had assumed that some good things would happen in New York, as they can nearly everywhere, but I never thought it would fix my problems or find me love or land me a good job. And only a few months after my plane touched down, there I sat on the doctor’s table, steadying my uncontrollably-shaking leg with my palm and asking him what was wrong with me.

“I can’t sleep. I think the pace of the city is keeping me awake,” I said. He didn’t answer me, but took a small note on his pad.

“And my knees are always hurting, and my jaw.” No answer.

“And… sometimes I have a hard time breathing.”

“I mean, sometimes I get so nervous and upset about something that I will have a hard time breathing, and I can feel my chest get tight, and my body starts shaking and sweating. Sometimes it happens at night, and I can’t sleep.”

“Do you know what anxiety is?” He asked.

I left that afternoon with a $40-a-month prescription for Ambien — I refused Xanax, because of all the people I knew who were at some point addicted to it — and a referral to a therapist. I made an appointment the moment I got home, and then cancelled it. I don’t have anxiety, I thought, I’m just stressed out.

There was something about saying “anxiety” out loud, even, that felt like shifting the blame. My family tree — near and far — is littered with mental illness of the sort that truly throws a wrench into the normal living of life. I have seen (or heard of, when I eavesdropped on grown-up conversations as a little kid) the kind of behavior that gets sneeringly referred to as “crazy” by people with no context, or compassion. I wasn’t that way, I thought, and it would be selfish of me to think of myself as sick when I was still able to have a steady job, healthy relationships, and relative health.

It wasn’t until I finally, a few months later and after seeing that the Ambien was only causing me extreme drowsiness or mild hallucinations, that I went back to the doctor to talk about anxiety. I refused to see the therapist he recommended, for reasons that now feel unclear, but were at least in part motivated by not wanting to give the diagnosis too much credibility. I told him a bit about my background, about staying up til 3 AM regularly as a child, racked with nerves. I told him about my old diaries and journals from elementary school, where I lied about my life in case anyone read it, so they wouldn’t think I was as strange and unpopular as I was. (I also told him that I thought, reading it now, that it might have been embellished for my own benefit, too — I liked having control over my story.) I told him about the burn book blog I had in high school that got exposed and turned most of the student body against me, and how it led me to avoiding school in increasingly Three Stooges-esque ways. I told him about the physical symptoms I experienced to that day, the sobbing breakdowns I would have over something as objectively stupid as somebody moving a knick knack I had placed in a specific spot.

“You can talk to me about anything,” he told me, “But I am not a therapist.”

Over the next six months, I finally saw that therapist, and started taking the idea that I might actually be one of those people with GAD more seriously. I forced myself to stop looking at mental illness as a scale where, if you registered under a certain level of “sufficiently, outwardly unwell,” you don’t get to say or do anything about it. I forced myself to stop feeling guilty in comparison to family members or friends or anyone else who had nothing to do with my personal issues (ie, everyone). And I started helping myself.

I refused another prescription for Xanax, because I had at that point taken it, and absolutely hated what it did to my body and brain. I considered other pharmaceutical options with my doctor, but ultimately told him that I wanted to do everything in my power to help myself without the aid of medicine before I turned to it. (The jury is still out on that one, but until yesterday it had been a few months since I had a chest-clutching, tear-filled attack over something that even I could tell, on an intellectual level, was completely arbitrary.) Things are better, because I do the things that I avoided doing for years, which only contributed to my snowballing anxiety. I practice as much honesty as possible, I confront issues head-on, I regulate my sleep schedule to the best of my ability, I eat much better, I go for walks every day. And I am privileged in that these life changes are enough to, at least for now, stave off the intervention of a pharmacist. I know how much worse things could be.

But I am also acutely aware, each time a new person is let into my life and approaches the level of closeness/exposure where I am bound to do something incredibly strange around them, that there is a conversation that needs to happen. (This is precisely the conversation I avoided most of my life, when I did not have the vocabulary or the self-esteem to have it. Instead, when an attack loomed or anxious thoughts consumed me, I would avoid people at all costs, making up some lie or another about what I was actually doing.)

I have to tell people that, if I break down into tears because I mess up breakfast, or I lose control in a panic over a lightbulb, or I have to get out of bed at 4 AM to pace in circles because my body starts to physically hurt from being still in a moment of deep anxiety, they shouldn’t worry. I have to tell them that these are waves I am learning to ride, and understand in a more meaningful way. I have to tell them that, trust me, no one could be more embarrassed or ashamed than I am after I come back to my senses, but that, for now, all I can do is attempt to minimize my symptoms when they occur. I have to tell them that I balance my need to control my anxiety with my need to be clear-headed and do good work, as long as the people who love and know me confirm that my balance is healthy (in relative terms).

But what I can’t tell them is the cost. What I can’t explain, because it’s often hard to even quantify myself, is the cycle of guilt and stress that comes from the unnecessary expenses brought on by this illness. It’s the monthly bill of prescriptions, the hundreds of dollars for appointments to doctors or therapists, the day’s work that’s lost entirely when an innocuous comment sends you into a morning tailspin, the lost sleep that saps your ability to work the next day, the afternoon you have to call in sick because you can’t stop crying over nothing at all, the fugue-state spending on food or drinks or meaningless retail therapy because you need some kind of furtive release.

For a few months last year, I was walking around with superglue in my mouth because I was afraid to admit to anyone that I had broken something and needed to visit my orthodontist/dentist. The base expense of fixing my mouth was a bummer, of course, but I knew that I was only compounding the problem — physically and financially — because of my overwhelming fear of admitting an extremely human mistake. When I finally dealt with the issue, on top of all the usual dentist-based unpleasantness, I had to unravel the months of wasted time and energy on a mild, sustained panic. I had thought, by then, that I was over that sort of mess-up-and-hide-the-evidence cycle, but I wasn’t. And as I embarrassingly broke down the story to the mildly confused-looking medical professional (a recurring theme here), I resolved to start saying the things I’m embarrassed of sooner, before they can grow. (About a month later, I started a hashtag about honesty by sharing a shot of my decimated checking account after a vacation.)

These are the costs of anxiety that people might never tell you about, the kernel-sized problem that snowballs into boulders, the shame around colleagues and acquaintances and even friends, because why do they need to know all your problems? These are the things we don’t talk about because we think they sound like complaining, when ironically, one of the only real ways to fight back against them is to take away their power by walking directly into the embarrassment. These are the problems and acute pains that live in your brain and slowly radiate out to your body, and eventually, your wallet, where they continue to create chaos, while you say nothing — because that would be embarrassing.