How One Woman Finally Left Her Financially Abusive Relationship 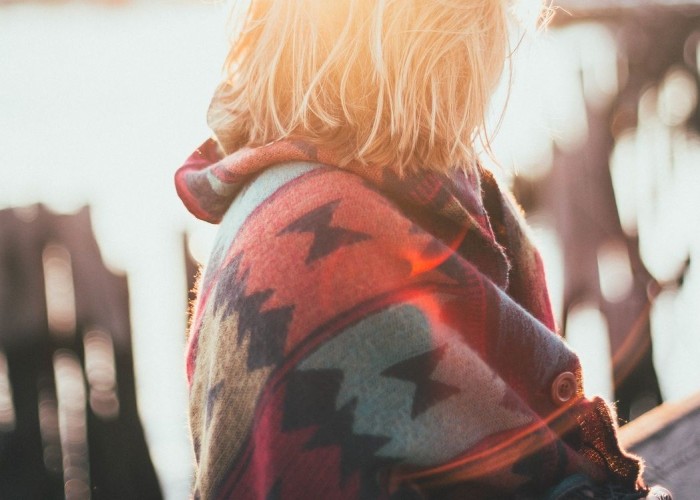 We have talked about financial abuse a few times on TFD (here and here), and each time, I am overwhelmed by these women’s willingness to share their harrowing experiences just to help others avoid similar trials. Financial abuse is difficult to talk about, and difficult to ask about, because in either position, you feel like you’re saying something wrong. However, encouraging these conversations is crucial, even if they’re initially uncomfortable. I’ve talked to Kendra Syrdal about her experience with financial abuse before, and she’s shared her story openly, but we’ve never delved specifically into how she extracted herself from her financially abusive relationship. While I think it’s important to educate everyone on the warning signs that may help you identify abuse, explaining how these relationships can come to an end is an equally important conversation. When you’re trapped inside a situation and fear for your safety (financially and otherwise), finding an exit feels nearly impossible, and often it’s unclear where to start. In the interview below, Kendra walks us through the exact steps she took to get out of her relationship.

1. When did you realize there was a problem?

I had known the relationship wasn’t healthy for a while, but I was in such a fog and bad mental state that I put those feelings on the backburner. I kind of decided if I could almost pretend it wasn’t happening, then it wasn’t as big of a problem. But to put it really bluntly, I couldn’t ignore that there was a problem anymore when I heard he was stealing from his roommates, even though I had paid his bills when I was barely able to pay my own. I was very aware that in any given situation that he would get himself into (especially a financial one), he offered no solution, and would even place the blame on me. That was kind of a wake-up call.

2. Once you had realized that it was a financially abusive relationship, did you find it challenging to accept that reality?

I really didn’t realize how abusive (financially or otherwise) it all was until I was out of it. And even then, it took a lot of reflecting in therapy to realize that what had been happening was not okay. I still have a hard time talking about it, because I find myself making excuses for the situation or taking blame that’s not mine to take, which is just not productive when you’re trying to move forward.

3. What were some serious warning signs you can identify after the fact?

There were a lot of warning signs about the problems in our relationship that I ignored: substance abuse on his end, and mental health issues on both sides that weren’t being addressed. But at the core, it was lot of insecurity and refusal to acknowledge what was going on from my side of things. I didn’t want to see what was happening, so I ignored it. I wanted to believe that by spending money I didn’t have, contributing to his wildly unhealthy lifestyle, and ignoring when he’d steal from me, it would keep the good times coming. And the good times (in my mind) were so good that they were worth it.

4. What specific steps did you take when getting out of your relationship?

I surrendered control. I asked for help. And then I kind of pulled a Rachel from Friends and was not allowed to make my own decisions anymore. My amazing friends and family stepped in to help handle stuff. I basically was an adult child, and it wasn’t something I was proud of, but it was better than letting the situation go on any longer. My mom helped me block his number from my phone, file for a restraining order, and monitor my spending to make sure I was paying my bills. Basically, I was only “responsible” for depositing money I made into my account, buying groceries, and paying my therapist, because I couldn’t trust myself, and my family couldn’t trust me. My best friend would come spend the night at my place to make sure I was safe and also keep me balanced. It was really embarrassing, but necessary. And then, after some time, when I was back on my feet, I started a payment plan to pay back my parents, who had bailed me out. The next step was to start remembering how to function like a grown up again. I still struggle with everything that happened, and sometimes call my mom about really mundane things, and it makes me feel like a failure. But I’m getting better, and I remind myself that everyone is dealt a different hand and that my recovery, and taking ownership of my finances is more important than what’s happened in the past.

5. What advice do you have for others getting out of a situation like this?

You don’t need to be afraid to ask for help. It’s going to be scary. It’s going to be one of the worst phone calls and conversations of your life, but you have to force yourself to talk to someone about it. I really don’t think I could’ve done it by myself. When you’re financially tied to someone who’s abusive, it really does a number on your psyche, and it’s nearly impossible to get out on your own. And whether it’s family, a hotline, a friend, or a coworker, someone will be able to help you. People want to help people, you just need to believe that.

6. Can you explain how you told your friends and family, and the challenges that came along with that?

With my family, I just came out and said it. I said, “This is what I’ve done for [insert name here] and this is what’s been going on, and I need to get out and don’t know how.” After the initial “let’s just take care of it” phase was over (I have amazing parents, who were able to help me, and I owe them everything), my parents just didn’t trust me anymore. And with good reason. I couldn’t be trusted to make rash and healthy decisions both psychologically and financially. I think the biggest challenge was earning their trust back and convincing them that I could take care of myself. I’m 26, financially independent, and my mom still doesn’t fully trust me, which sucks, but I get it.

With my friends, the ones who know what happened know to the fullest extent, and have been very supportive of me. They were there every step of the way while I got healthy again. With other friends, I just chose to not get into it because I knew they couldn’t (or wouldn’t want) to understand. And the biggest challenge with that was they stayed friends with my ex, so I had to deal with that. It ended up dissolving some of those relationships, which was difficult, but ultimately better for me. On the flip side, the friends who found out and cut ties with my ex went through their own falling outs with him, and I felt responsible. It just wasn’t great, and I felt really terrible for breaking up friendships.

7. What was the most difficult part about extracting yourself from the situation?

Accepting that it was over. This relationship came into my life when I had already been in such a dark place. I had used it as a temporary fix for a bigger problem and really, truly believed (prior to realizing how bad it was) that it would make me happy. So accepting that someone who I loved was not only bad for me, but was gone from my life was really hard. I still struggle with wanting to call him, find him, take care of him, and fix whatever is wrong, but I have to remind myself that it’s over, and that it’s not my job. I have to take care of myself, and that’s really hard when part of you wants to take care of someone else.