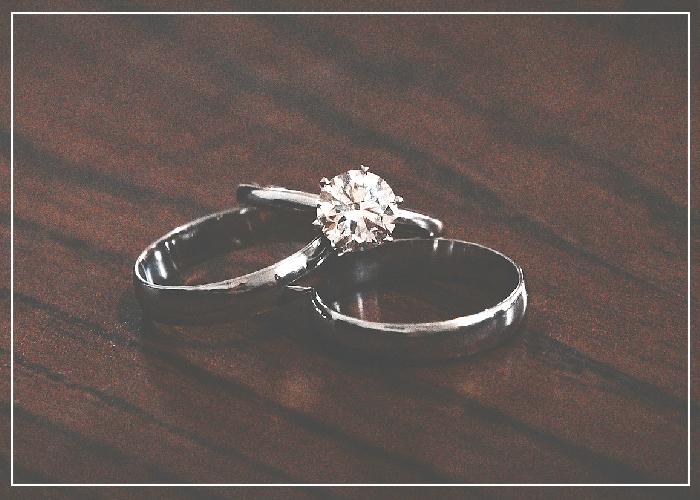 Last night, I went on a bit of a Twitter rant about the Wedding Industrial Complex and its presence on social media. As with many things I incoherently rant about at 11 PM on a weeknight, I didn’t even realize what was irking me so much about the whole phenomenon until I was already a few tweets in. And then, like some lame version of Isaac Newton and his apple, it hit me: I find the social media wedding bonanza so frustrating because it sets up a system of rewards and failures for women that simply don’t exist for men. It’s yet another layer of competition and validation that we must go through, based on our gender, that men will (mostly) never experience. And it only makes our lives that much harder.

And the truth is, until I started writing and learning about personal finance — which happened to coincide with entering the wedding age bracket — I wasn’t as bothered by the whole thing. But between knowing that a majority of women do not consider their own investments until a radical life change like divorce or a death, and receiving stories every day about the financial ruin women find themselves after a relationship, I cannot help but find the whole phenomenon… a bit evil. It seems to be actively contributing to our precarious situations, both in encouraging us to spend, and punishing us for choosing to be more thrifty.

The thing is, it’s become the norm to make something of a spectacle of the fact that you’re getting married, and documenting the entire thing, step by step, for an outpouring of likes and attention on social media (on top of real life). Every moment from the sacred ring pic, all the way up to the 80-photo album of the ~BiG dAy~ are captured for the consumption of everyone from your close family to people you went to high school with a decade ago. And while it’s become engrained in us that a woman who gets engaged will soon embark on a marathon of this online behavior, we would find it strange and off-putting if a man engaged in the same acts. Can you imagine the response if a man posted a photo of his expensive new tux hanging on a blue, personally monogrammed hanger that says Future Mr. _____? We would find that level of objectification — not to mention defining yourself by your relationship to another person — to be distasteful. And yet, it’s not only something we tolerate from women, but something we encourage with our approval.

And the worst part of this is that, for so many women, this is the most validation and acknowledgement they will ever receive (outside of posting about their eventual baby, which is its own can of worms). And this is not the woman’s fault for not achieving enough in life, or not having “impressive” enough credentials. It’s our fault for not thinking of them as a milestone in the way we do for men, or not rewarding her for achieving them. Women will graduate college, complete post-grad programs, land great jobs, earn amazing promotions, run marathons, learn new languages, travel the world, start their own businesses, try their hand in the arts, find new hobbies, redo homes and apartments, or reach incredible health and fitness goals, and none of it will ever compare to the validation they receive from that year or so they get to spend talking about Wedding Life. They get everything from the wedding food to the wedding clothes to the wedding parties to talk about, and everything becomes its own exercise in validation, the opportunity to be the princess that you are not getting to be in the rest of your life.

But that’s ridiculous, because we do so much, and so many things vastly more impressive than shelling out a certain amount of money for a venue with chandeliers hanging from the ceiling, or a plated meal of shrimp for 200 people. And yet, that is what our friends and family and Facebook acquaintances will tell us we are special for. We will be a wedding hashtag, a collection of pictures of chiffon engagement gowns and pink tea cookies. And we will want that approval, want to not be left out, want to not be the cheap girl who didn’t shell out for all the things we are “supposed” to have. We won’t want to miss out on every opportunity for a like, to demonstrate how much we’ve purchased and how elaborate our ceremony is. And when it’s all over, so many women have a 3,000 dollar dress hanging in their closet, a slice of 500 dollar cake in the freezer, and hundreds of photos on Facebook. And for many of those same women, their serious financial futures are something they will never have yet considered, because we in many ways still live with the cultural ideas that money is a man’s job.

I have thought a lot about what I can do, personally and with my small platform, to help the issue. And while, yes, being a blogger who has zero intention of turning her wedding into a circus of content about everything from the designer cake to the pearl-encrusted Louboutins is a small step, I feel like I want to do more. My partner here at TFD, Lauren, is getting married herself, and has started a series about all the ways she’s saving money and opting out of the showoff culture. And that’s an awesome step in the right direction, too. But I want to resolve, personally, to start validating the women in my life for everything BUT their relationships. I want to encourage their stories about work, throw them parties for personal achievements, like and comment on every post I see about their health journey or their pursuit of a new hobby. I want to validate their lives about who they are as people, not who they are in relationship to a man. From now on, I will make a concerted effort to reward the things that are not about what they paid for in some ceremony, but who they are becoming as individuals. It is all of our job to change the balance between “validation women get from getting married” and “validation they get from being kickass human beings.”

And if you, too, want to see this change, I hope you will join me in doing the same.