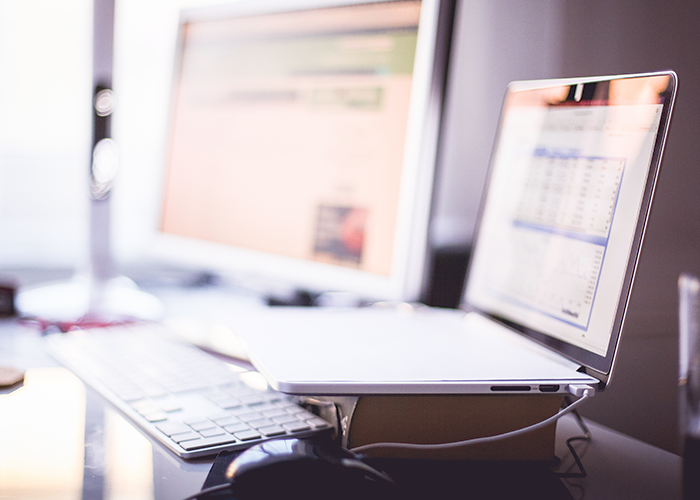 Yesterday, in my ~mildly controversial~ post about working for free, I touched on the topic of needing to ask for money as a freelancer before you can ever expect to get it. Even if the client in question would have paid you, and even if they would have paid you what you wanted, the chance that they’re just going to volunteer that money unprompted is relatively slim. It’s up to you to ask for it. And as awesome writer/Twitter friend Cate pointed out in the comments, it’s good to talk about how to actually go about asking for money, since it so often falls on the freelancer

I have my personal rules that I’ve learned in the past four-and-change years of being a writer, which have been tested to increasing success as I get better and more confident at the whole process. Hopefully, you all can learn from my mistakes and start way more ahead of the game than I ever was. (I also believe that these apply to a lot of different fields — my father has been a freelance illustrator for 25 years and I know his rules are pretty similar, so I know it’s not exclusive to writing.)

First and foremost, don’t come out of the gate swinging about money. If your first email or two is HOW MUCH DO YOU GUYS PAY in a vaguely accusatory/frustrated tone, chances are very slim that this client will want to continue the conversation. Aside from the fact that bringing up money in the first few seconds reeks of desperation, it doesn’t leave time to actually establish that you are both interested whatever you’re selling. The first few interactions with the client should be purely light and friendly, entirely about what the client is looking for. You need to establish that they want a project/piece that you can deliver on, and that you both align on how it should look. If you can have a phone call at this point, I recommend it, as it’s much easier to talk out what you’re looking for in real time, and adds a much more human/casual element to the whole process, instead of just being a quick back-and-forth via cold email. Sometimes the client won’t have time for a call — and absolutely don’t press them on it — but it can be a nice time to establish a more personal relationship with them before moving onto less fun things (well, fun for you, but not for them), like money.

Once you have both agreed on the size/scope/details of the project, THEN bring up money. It’s much, much classier than insisting to know what they pay before even deciding that they want the work. If they’ve established that they want a specific thing, such as a single article on an agreed topic, or an illustration of an agreed design, send along your quote. (Note that sometimes, the client will volunteer what they pay for said item before you have a chance to do this, but often they won’t, and it will be up to you to raise the issue of money.) When sending along a formal quote, I tend to break it into two emails, one to say “Great! I’ll send along my quote shortly so we can get things started.” or something to that effect, and then the actual quote later in the day. This preps them to know that the money talk is coming, and gives you an opportunity to really consider your rate. Particularly for bigger projects, you should have a formalized quote document that you simply fill in with the details of the project at hand. It’s more professional, of course, but it also makes the breakdown of the work much more clear. Especially if there are multiple pieces in the assignment, it’s hugely important to make sure that everything is accounted for, even if somethings are “added value,” aka given for free on top of the work they’re buying.

Before you send your quote, it’s important to really consider how much you’re charging for the item/project in question, and decide how much you are willing to negotiate before you walk away. Generally, you shouldn’t want to dip too far below the price you’ve set for yourself — I’d say no less than 60 percent of it, if you want to put a number there — but the important part is that you have that number in your head. It is a bad, bad look if you go in asking for 500 dollars and walk out taking 100. You are selling not just your work, but your time, your brand, and your reputation. If someone gets the idea that you don’t value yourself highly, or that your numbers are never serious, they will never take you seriously or value you highly. If you do not have that number in your head, and are more importantly prepared to walk away, you should not be sending out quotes. Otherwise, they are meaningless, and it will be very hard for you to ever increase your value.

Keep in mind that you are, in this case, a commodity, and the perception of your value is a huge part of the negotiation process. At no point in this whole process should you seem desperate for money (even if you are), or like you will do this project for anything. This is especially important during the negotiation process, when the slightest sign of weakness or need will cause a client to lowball you (because they want their money just as much as you do). Play it cool, don’t jump to respond five seconds after you receive every email, and never be anything other than friendly and light. And if they try to lowball you, walk away, even if it hurts because you would have liked that 100 bucks instead of 500. It will hurt in the moment, but it will be good for your brand overall. (And I have had more than one client come back to me with a higher number when they realized that I was not going to work for their incredibly low offer. Many times they are playing a sort of financial chicken with you, and when they realize you can actually walk away, will want you even more.)

Once you have agreed on a number and started working, the important thing is to be a professional from here on out. Just because you are no longer negotiating or waiting for a number does not mean that you can start slacking off or paying less attention to them. Be the model freelancer you’d want to work with, and don’t lose interest in someone once you’ve secured their money. Editors/art directors/clients in general are people, and therefore very susceptible to the human response of “I just don’t like that guy.”  Sometimes you can lose a job — even one that you’d already secured — just by rubbing a client the wrong way, and so having reached an agreement is not an excuse to start being a jerk or acting like you’re too important for them.

I have been on both sides of the equation many times, both paying freelancers and asking for money, and I can say with confidence that attitude is the biggest part of the game. I’ve found that, when people are freelancing, they often either fail to advocate for themselves properly, or they are far too aggressive in their demands. They will either take forever to respond, or harass an editor’s inbox, demanding a disproportionate amount of their attention. And few of them seem to master the casual, confidence-inspiring attitude of “Hey, it would be cool to work together, but no big deal if we don’t.” There’s no need to come in swinging your balls/ovaries and demand to get paid the Big Boy Bucks, nor is there a reason to be timid in the corner, afraid to ask for anything. Let the conversation arise naturally, be professional and emotionally detached, and have your numbers already prepared. Make the case for yourself simply and briefly, and never be pushy.

And yes, sometimes your clients will be awful. Even now, I still have a few clients who pay well but whom I dread working with because they behave really unprofessionally. Some clients have the attitude of “you’re taking my money, so you’re also taking my shit.” And when you are financially no longer in need of their check, you are free to walk away. But never, EVER be rude to a client, or — under any circumstances — badmouth them publicly. It is simply a terrible idea, and totally against your personal interest, to burn a bridge. It’s not just because it will make them hate you and talk shit about you forever, but because it will make future clients wonder if you’re going to do it to them, and be afraid to get burned. I’ve seen, more in recent years, a weird flippancy with badmouthing clients over increasingly petty missteps, and this is just an idiotic choice to make as a freelancer. Unless someone does something that is truly in need of a calling-out to warn others — harassment, non-payment, inappropriate workplace conduct — keep it to yourself, and simply don’t work with them again if you don’t want to. Them taking forever to respond to emails, or asking silly questions, or requesting a bunch of tedious edits, are NOT reasons to shit on them publicly. All it does is make you look bad, and not worthy of another company’s trust or money.

In the end, it’s going to come down to a lot of nuances that are not really explainable via essay, but if you can remain generally chill and professional, leave a good taste in people’s mouths, and be prepared to walk away if the numbers aren’t right, you are on the right track in a big way. Being a freelancer (and therefore being your own marketing and sales team) can be very difficult, and getting the hang of asking for money can be one of the hardest parts of it. But if you are at a place in your career where you can command it, you should act with the confidence (not cockiness) that your work demands. Only you can advocate for yourself, so learn to do it well.