How To Pitch Your Writing Online, From A Magazine Editor 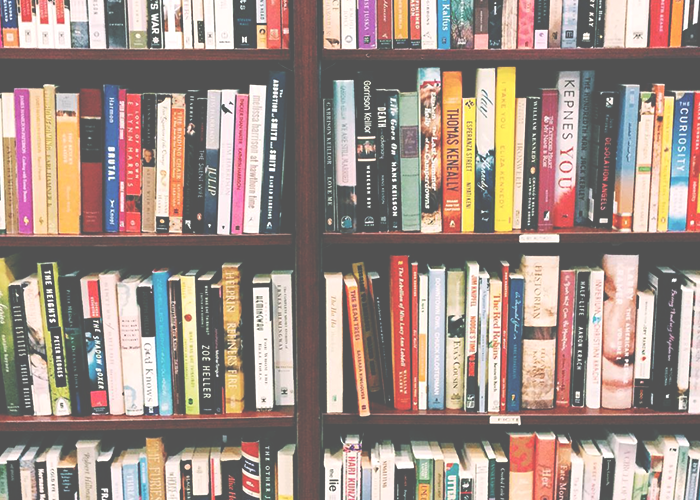 One of my favorite things about editing is finding new voices. It was my focus for my entire year at Thought Catalog — though it wasn’t necessarily my job description at the time, it was something I naturally fell into — and it’s something I’m really looking forward to doing at my new job at Teen Vogue. I like hearing what other people have to say. I like considering angles and takes that I wouldn’t necessarily think of or argue — that’s why I’m assigning the piece out to you, the writer, instead of taking it on myself. But in finding new voices comes what is easily the worst part of the entire writing process: The pitch.

And it’s something that nobody really teaches you how to do.

This is, in part, because English courses at colleges can vary widely in their usefulness — like, seriously, that poetry workshop I took junior year where we talked about the color of clouds for half a semester?!?! — and also because no two editors like to be pitched the same. It takes time and effort to nail down an all-purpose formula that is the least offensive to the greatest amount of editors, but in my experience on both the writing and editing sides, there are a few things that help.

Please note that these preferences do not reflect my employers in any way, and are just the habits of a very, very type-A neurotic.

1. Take a stance. It doesn’t have to be the hottest take this side of the sun or even the most novel spin on the same tired subject everyone is writing about, but it does have to be a stance. Have an opinion. Pick an angle. Find a catchy way to worm your way in. And don’t be afraid to back it up, no matter how absurd it may seem.

2. Flesh it out. A headline is all well and good, but signing up for that could be a recipe for disaster. You could go literally anywhere with a headline, and I might need to kill a piece if I take that risk. Send me a paragraph instead explaining what it is you want to talk about and why. Hook me in. Make me want to know more. This can be 100 words, it can be the first half of your piece. As long as you explain your stance fully enough to convince me to see the rest of it, we’re good.

Full disclaimer: I’m guilty of this, too. I used to do this all the time, and would reach out to editors blindly, introducing myself and asking if they’d give me a little insight. They are too busy to give you insight. Take a look around at their website, and things they’ve published lately. Draft up a few pitches off of what you’ve seen around. Even if they’re all wildly off base, I can at least give you a reason why. I can’t give you a reason why off of nothing. Trust me — I’ll appreciate a wild stab in the dark more than an open-ended inquiry any day.

(And while I really, really appreciate people who reach out to introduce themselves out of the blue, there is about a 0.5% chance I will remember your name and area of expertise when it comes to assigning a piece on a deadline. I just can’t separate one email out of the rest. Bylines and clips are important, and they give you a bit of pull, but ideas are important, too. Mostly, I’m interested in those.)

4. Remember that I might not always be able to provide feedback. I try to. I really like providing feedback, partially because that’s how I always grew as a writer. When people would ask me questions and back me into a hole where I had to explain my way out and really stand by my ideas, that’s when I’d create the most fully-formed argument. And I’d like to think I’m good at providing feedback! The main way I measure whether I’m a good editor is if I help you become a stronger writer — the best writer you can be in that piece and in that moment. I’d like to think I’m not bad at it, but IDK, I’ll let other people I’ve edited chime in on that verdict.

… All of that said, sometimes I might not be able to explain why I made changes to a piece, or why pitches aren’t the right fit, whether because it’s a long day and I’m busy, or because it’s just not part of the greater scope of what we’re trying to achieve. Please understand that I might not always be able to give you my insight, so sometimes just taking another stab at another pitch later in the week or month is for the best. It never hurts to ask why, but pressing the issue isn’t a cute look.

5. Ask yourself if the angle you’re taking is the strongest one. I’m putting this next to last because seriously, go back to step 1 and ask yourself this again. If you’re working on an evergreen story, does it have a timely peg? If it’s a more time-sensitive piece, would you read this a month or even a year from now? See if you can expand it. The longer a piece can live on, the more I like it.

6. Make friends. This is by far the most useful thing I’ve ever learned how to do, and I chalk it up to my hometown’s motto of it being all about who you know. (I mean, you have to have talent, too, but knowing people helps.) Follow people on Twitter. Engage with them. Engage with the stories they post. Show an interest not only in them, but in the site you want to write for. Make yourself memorable, and then pitch them. It was sort of sneaky, but I would often build up a rapport with editors before pitching them, but it worked in my favor because then they already knew who I was, and they had a better idea of my humor, my stances, and what I was capable of.

(It also lead to a lot of people emailing me out of the blue asking if I’d share my contacts so they themselves could pitch them, and like, just please don’t do this. Your writer friends worked hard to make their connections. Make your own. They’ll be stronger for it. And you’ll look like a less awful, opportunistic leech if you don’t email only when your writer friend has a super awesome byline. Really. That’s suspect every time.)

TL;DR, I don’t bite, and I want to hear from you. Please say hi, even if it’s just on Instagram. Even if I don’t work with you now, we might work together in the future. Who knows — maybe one day I’ll be pitching stories to you.